IMAGES OF THE WEEK

Longtime readers will remember that I spent the first winter of this blog's existence living in Syracuse, which is, among other things, the future home of DestinyUSA. This is supposed to be a gigantic mall combined with a bunch of hotels and indoor entertainment venues, that will rival that Mall-zilla in Edmonton, Alberta in size. I still follow the development of this project at Syracuse.com (affiliated with the Post-Standard, Syracuse's newspaper), and today I found mention of an already-existing location, in Europe, that is one of the few entertainment/retail locales in the world that rivals what is planned for DestinyUSA in size. It's called Xanadu Madrid (site in Spanish), and here are some photos I found of the place.

This is Madrid Xanadu from the air: 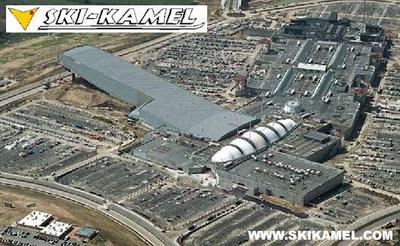 That big gray thing sticking up into the air is a giant indoor snowhill. 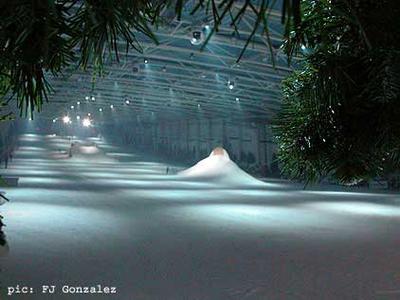 And here's part of the indoor, retail area: 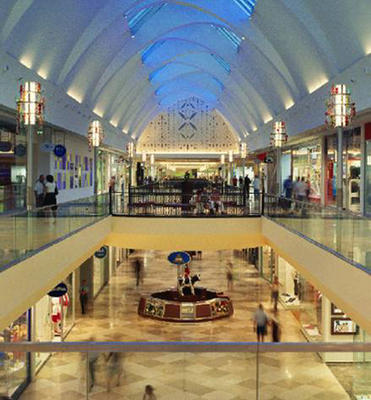 Part of me -- the part that looks at the Coruscant scenes in the Star Wars prequels and wants to live there -- really wants to see Destiny built; but the other part, the more sceptical part, continues to wonder if Syracuse is really the right place for it. Madrid is one of the world's great cities; Syracuse is, I'm sorry to say, something of a backwater in upstate NY, which is already backwater enough. I still don't know.

But if they do build it, I'll be there. Maybe my scepticism is really just jealousy that they aren't building it in Buffalo.
scrawled here by Kelly Sedinger at 6:10 AM