Something for Thursday (Friday Edition)

OK, I need to find some consistency here again...I'll get back to that Song Challenge thing soon, but for now, here's a favorite musical number of mine. This comes from the movie High Society, which is a musical remake of The Philadelphia Story, this time with Bing Crosby and Grace Kelly in the parts played originally by Cary Grant and Katherine Hepburn, and with Frank Sinatra playing the nosy reporter originated by Jimmy Stewart in the original. High Society justifies its musical numbers by relocating the story to Newport, Rhode Island and a jazz festival that takes place there as Kelly's Tracy Samantha Lord is remarrying after earlier divorcing Crosby. It's a fine movie, and the musical numbers are all terrific (the film also makes good use of Louis Armstrong and his band), but I'm somehow never quite able to find Bing Crosby convincing as a romantic lead, and when you make a musical with Crosby and Sinatra, it seems odd to me that those two gentlemen are brought together for only one number.

But at least it's a great number.

"Well Did You Evah" lampoons the kind of gossip that takes place in the rich-folks circles of those eastern communities, and the song itself catalogs the growth of a friendship in about four minutes between two men who are vaguely antagonistic toward each other at the beginning. By the time they reach the song's final flourishes both Crosby and Sinatra appear to be having a blast, with one of my favorite lyrics ever: "Have you heard? It's in the stars--next July we collide with Mars!"

Here's "Well Did You Evah."

I don't believe I've heard this work before, or even of the composer, Silvestre Revueltas of Mexico. Revueltas lived 1899 to 1940, and was not only short-lived but also a late bloomer, so his output is not large. The work Sensemaya is based on a poem that is in turn inspired by religious cults in the Afro-Cuban culture, with a blend of African and Cuban chants. The work is strikingly rhythmic and redolent of spiritual dance and chant, with rattling percussion instruments and insistent drive. Its energy, constantly growing over the work's roughly eight minutes, is compulsive. Here is Sensemaya by Silvestre Revueltas.

Life Of Late: A mood, in one photo 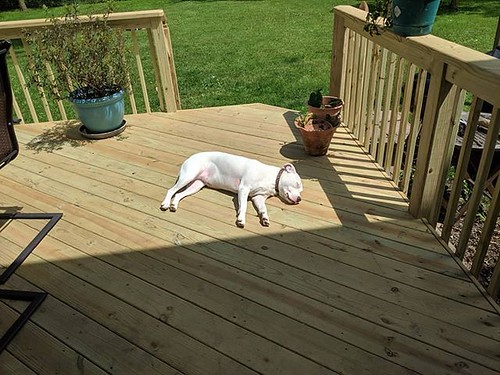 scrawled here by Kelly Sedinger at 1:47 PM No comments:

Where the hell have I been? 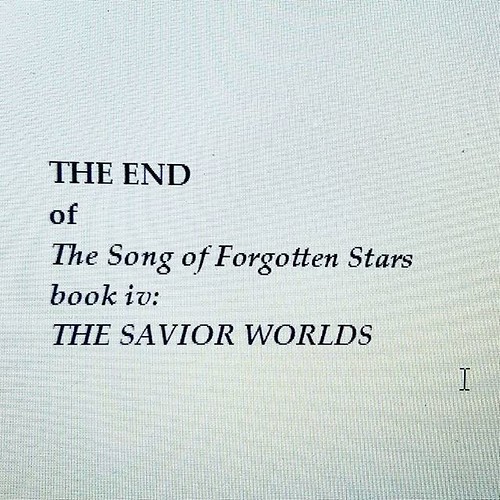 And while I've been right here, I've been focusing on applying first edits to The Savior Worlds in order to be able to get the book out to the beta readers, and today, off it went! Whew.

So, what have you all been up to?

I missed last week, boo! But I'm back this week, yay!

Setting aside the Song Challenge thing for a while, here's a nifty bit of movie music...for a teevee movie, anyway. Back in 1983 there was a miniseries on NBC (a two-part movie, basically) called V, in which alien "visitors" appeared in giant ships to contact humanity. Their stated reason for visiting was benign, or so they said, but they quickly turned out to be liars who took over the planet and assumed control as they started robbing the Earth of its liquid water (which, the show told us, is "the rarest, most precious commodity you can imagine, and Earth is blessed with an abundance of it") and harvest humans for food. Now, ignore the ludicrous nature of the show's SF premise (there's a shitload of water out there in the universe), the show was a lot of fun and it had some sober things to say about the nature of resistance in the face of evil. But the first installment left things unresolved, so along the next year came V: The Final Battle, which wrapped up the story over three nights. After some really convoluted stuff in the plot department (the first series was much more tightly written), the humans finally achieved victory by developing a biological agent that would poison the Earth's atmosphere to the aliens (the "Visitors") but be harmless to humans. The humans dispersed this stuff via hot air balloons in a nifty sequence that was pretty entertaining for a war show, eschewing a giant final battle for a more passively peaceful way of depicting victory. (There was action stuff that played out alongside this, of course, because you had to have some kind of action finale.)

The scene in which the balloons launch at dawn is accompanied by this music, which is as charmingly 1980s as you can get, with synths and drum samples and sounds that mimic whale songs, before the soaring melody arrives. It's hard not to be cheered and buoyed by music like this. This is the kind of thing I grew up with, folks!

Here's "The Balloon Theme" from V: The Final Battle.

scrawled here by Kelly Sedinger at 3:18 PM No comments:

Yeah, I just straight-up lost track of my days yesterday. It happens!

Here's a famous piece by Gustav Holst, probably his most famous work after The Planets. He wrote two Suites for Military Band, and both have become essential staples in the repertoire for the concert band or wind ensemble. This one is the First Suite, in E-flat. Enjoy!

scrawled here by Kelly Sedinger at 3:03 PM No comments: