I'm not sure what's in the water over at WNED, the local classical music station, but they seem to be on a kick with this piece. I've heard it three times in the last two weeks whilst driving to various points around town. Luckily for them it's a really good piece! Johannes Brahms's music isn't often the most humorous music in the repertoire. Brahms engages a lot of emotions, but sheer humor generally isn't his thing. But here he is, presenting a collection of student drinking songs in his own wonderful style. It's the Academic Festival Overture, and this performance is conducted by Leonard Bernstein, who used to relate an anecdote from his own life pertaining to this piece. He was a student and he was auditioning for a conducting class taught by the great Fritz Reiner (one of the canonical "podium dictator" conductors). There was a piano with a score on it, and Reiner asked Bernstein if he knew the piece. Bernstein looked at the page and admitted that he didn't, but when he began to play he recognized a tune that he'd sung as a boy in school, a German Christmas song with the words:

What clatters on the roof
with a quick, impatient hoof?
I think it must be Santa Claus,
dear old Santa Claus.

Then he remembered recognizing that very tune when he'd heard this work on the radio, which the announcer then identified. Thus Bernstein was able to correctly say to Maestro Reiner, "Yes, I know this piece. It's the Academic Festival Overture by Brahms," and thus got into Reiner's class.

And here it is.

Why is the graveyard so noisy?

Because of all the coffin!

scrawled here by Kelly Sedinger at 2:45 PM No comments:

Gene Kelly singing Lerner and Loewe. I'm not certain it gets much better than this. It's from Brigadoon, sung by American hunter Tommy as he walks through the heather with the beautiful Fiona, early in the story when he and his friend have stumbled upon a village in the Scottish Highlands that is strangely not on any map. It will turn out that this is because the village of Brigadoon only appears for one day every hundred years, and that by the time night falls, Tommy will have a choice to make: stay in Brigadoon with Fiona, and leave his world behind, or go back to his world, and leave Fiona behind?

This song makes for an enchanting dance sequence for Gene Kelly and Cyd Charisse, but the music itself--with Kelly's typically flawless singing--is magical in itself. It's awfully easy with musicals, I've found, to get wrapped up in the costumes and the choreography and the sets, and almost forget that there's a tremendous amount of amazing music going on too.

Here is Gene Kelly, singing "The Heather on the Hill".

I post this one every year around this time, because it's spooky and amazing: "The Isle of the Dead" by Sergei Rachmaninov.

scrawled here by Kelly Sedinger at 12:54 PM No comments:

So this happened over the weekend: 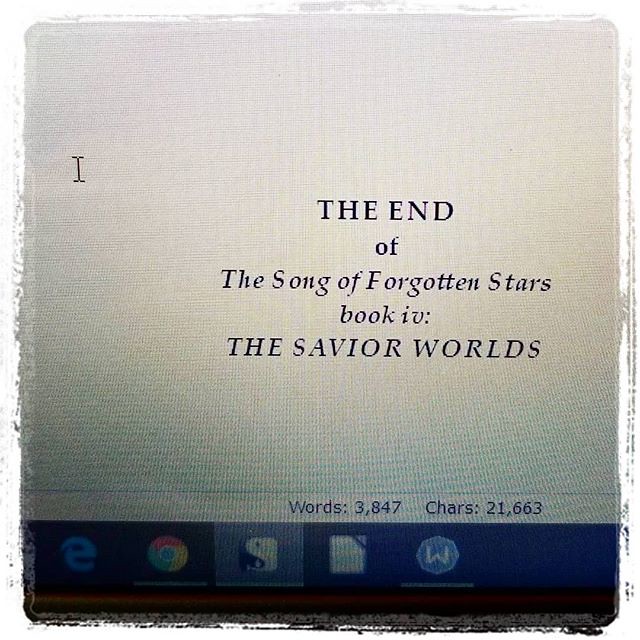 At last. At long, long, lllooonnnggg last! This book took very nearly an entire year to get done, after I started it for NaNoWriMo last year. Oy!

By way of stats, the first draft topped out just shy of 194,000 words, which is longer than Stardancer and The Wisdomfold Path, but not as long as Amongst the Stars. I really am trying, as this series progresses, to keep each book in the same ballpark, length-wise. I don't want to have a problem with massive ballooning once I get to the latter part of the series, a problem which vexed JK Rowling with the Harry Potter books and George RR Martin with the Song of Ice and Fire series.

By way of story, this book launches the middle third of the larger story. Things start to get darker this time around (but never fear, I have no plans to go "Full Grimdark" in these books), and the story starts to get, well, larger in scope. The action is no longer limited to just the planet Xonareth. And if you like the lindiath--the six-legged bear-cats who always seem to turn up when most needed--this book will be for you. Lots of lindiath in this one! And not all of them are nice.

What's next? The usual "fallow" period in which I don't even look at the manuscript for at least three months, and then first edits. First edits result in the draft that goes to beta readers, and then based on their input I generate the second edits. Then the final version goes off to those who proofread...and then, it's time to get the thing ready. The upshot is that I wouldn't expect this book to be out in the world until early 2020, at my most optimistic.

But still, it's done. Huzzah!

It's been a somewhat crazy busy week between work and my relentless focus of late on finishing the first draft of FORGOTTEN STARS IV (which I may well complete this weekend) and breaking in a new computer after my trusty old machine finally malfunctioned, hence the lack of posting of late. I"m still going to be focusing on finishing this draft, but meantime, here's a march by John Williams, because you can't go wrong with John Williams.

scrawled here by Kelly Sedinger at 6:14 AM No comments:

Email ThisBlogThis!Share to TwitterShare to FacebookShare to Pinterest
Labels: Meta-blog, Something For Thursday

I got my trusty laptop in 2012. I bought it then even though my previous machine was still working because Windows 8 was about to come out, and I didn't really want any part of Windows 8, so I grabbed a Windows 7 machine before they were no longer the default.

That machine has seen me through nearly 6 years, if not exactly that much. I was planning to acquire its successor later this year, but yesterday the Tech Gods forced my hand. I went to turn on my computer and instead of the boot sequence, I heard four loud beeps, followed by the same four beeps, several times. This was a diagnostic code for a bad memory module.

I could have fixed this with new memory, but I was frankly loath to spend money to repair a six-year-old machine, so...now I'm doing initial set-up on my third laptop. After good experiences with Dell Inspiron machines the first two times, I stuck with them, getting a third yesterday. Now I am doing all kinds of updates and new installations and the like.

The only bummer part of this is that until the sudden computer failure I was on fire with my writing. FORGOTTEN STARS IV has taken nearly a year to write and at times it's been a struggle, but now I'm in the homestretch and I had been cranking out the words as I barrel toward the finale. Alas, now I'm stuck in a holding pattern until I complete setting up this new computer.

We'll see how I like Windows 10...I do dig the backlit keyboard, though! And I am upset that this new computer uses a different charger cord than all the other computers in the house. I'll have to get another cord or two at some point.

Anyway, that's where we are. Where are you?

Giacchino Rossini's overture to his opera William Tell is an interesting piece. First, the opera itself is almost never heard anymore, due to its very long performance time and its awkward libretto (from what I've read--I've never actually heard or seen the entire thing myself). The overture is pretty much all that is ever performed of that opera, but even more interesting is that the overture's four main sections are each distinct and as one listens to the work, the thing gets more and more familiar. The final section is one of the most famous passages of classical music ever written (owing, partly, to its use in the 20th century as the theme to various iterations of the adventures of the Lone Ranger). Before that is a pastoral segment that is almost as familiar as the finale. Before that is a stormy passage that many listeners may find passingly familiar--and starting off the overture is a slow passage for strings that I'll wager almost no one who doesn't regularly listen to classical music knows at all.

Here's the William Tell overture, in a performance with the score, so if you wish you can follow along!

Scenes from an autumn weekend

This weekend was our annual getaway to Ithaca for the Apple Harvest Festival, which we then supplemented yesterday with a trip to Letchworth State Park. Photographic goodness abounds! 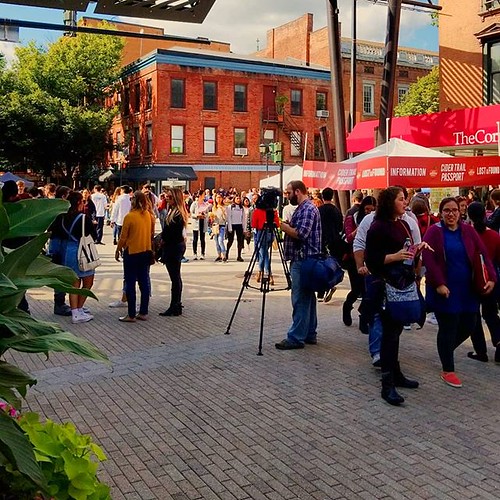 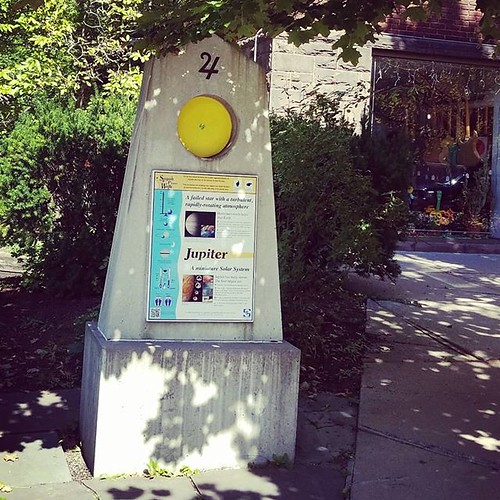 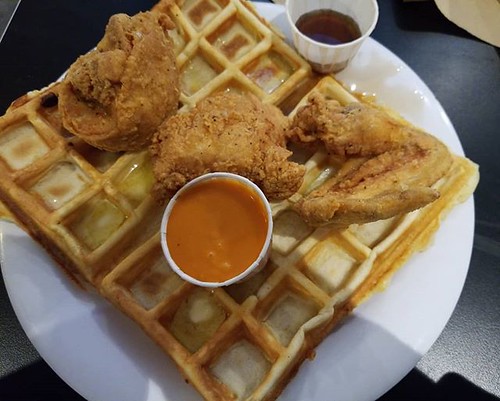 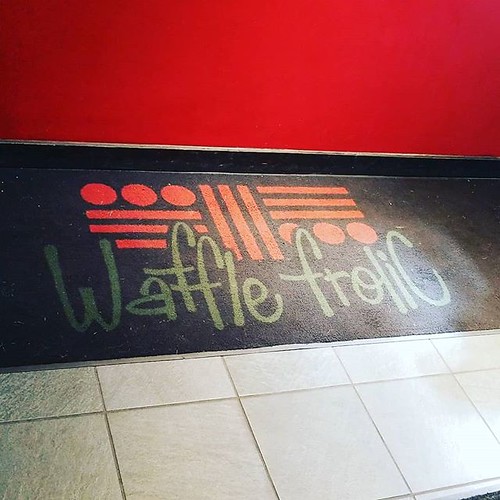 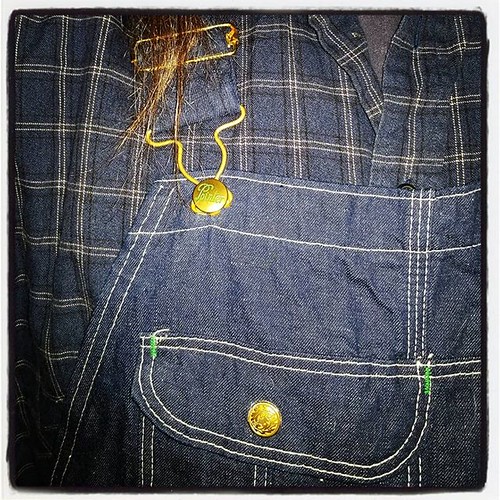 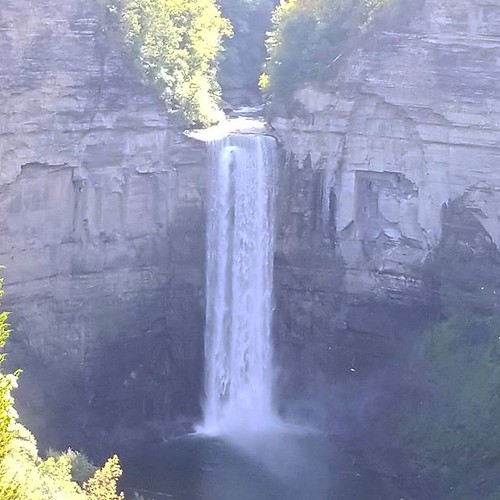 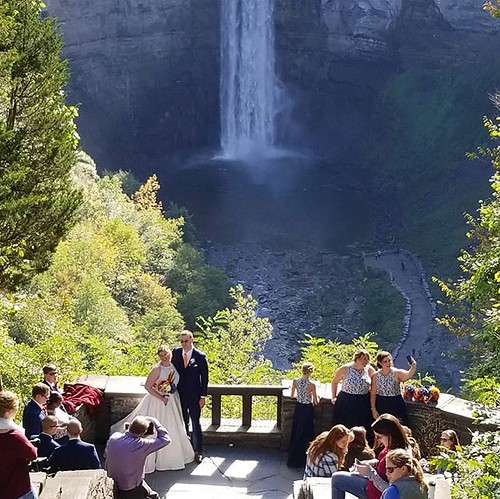 (We couldn't really get to the lower overlook at Taughannock Falls, but I can't begrudge the wedding party their almost-certainly beautiful photos.) 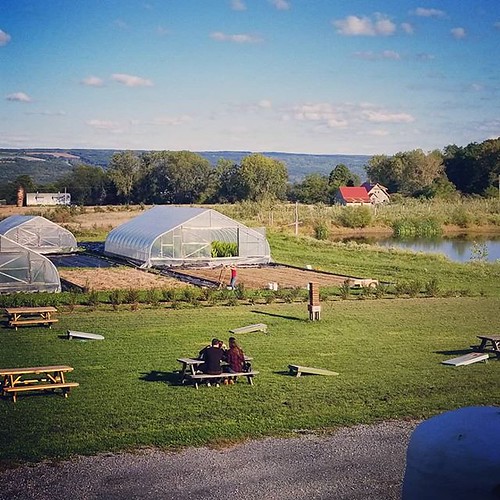 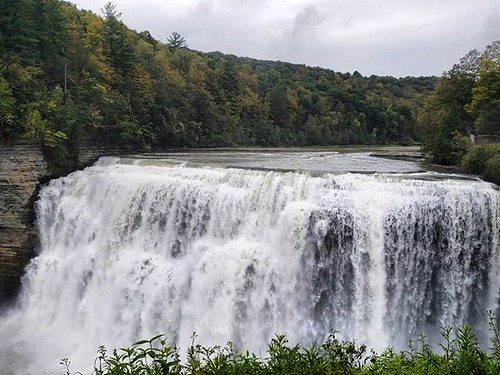 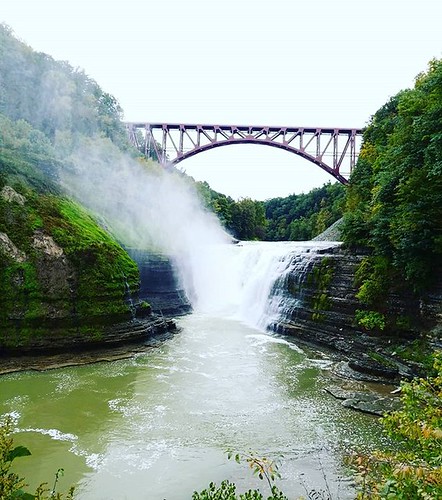 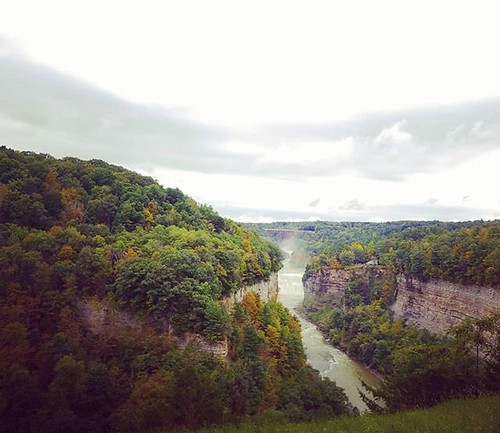 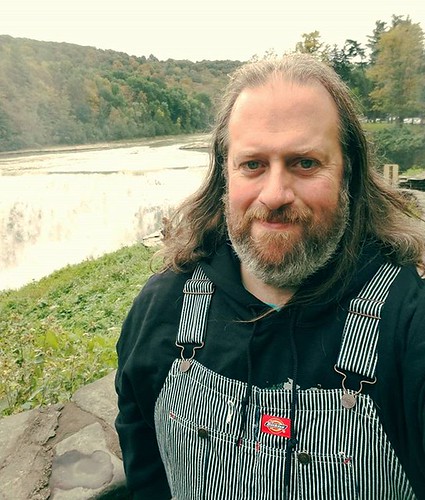 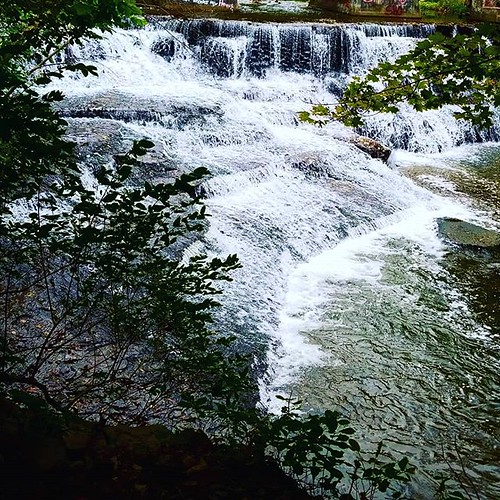