This is The End (a follow-up) 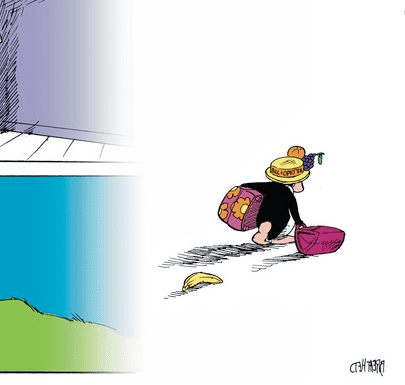 I wrote yesterday about my possibly retiring this space in favor of migrating all of my blogging to ForgottenStars.net, because of Reasons. I am now pulling the trigger on this move. I will no longer be using this blog as my main area of content-creation. I am not deleting this blog, or re-setting it to redirect to the main site, but there will be no new content at this URL.

Thanks to the people behind Blogger and BlogSpot, going back to way before they were snatched up by the growing powers of The Google, for creating this service and letting it grow. It's been a blast!

Now join me, if you will, at ForgottenStars.net! I've already run an import tool to bring Byzantium Shores's content over there, and with my recent switch to using Flickr as my primary image host, the recent history over there should feel familiar. I still have kinks to iron out, but work-in-progress and all that. Come on over! The water's fine!

scrawled here by Kelly Sedinger at 7:09 PM No comments:

So, as social media companies exercise more and more control over the content users post, and as those companies employ algorithms that are more and more quixotic in their moderation (I've seen people put into Facebook jail for using normal words that are homonyms of other words that may or may not be less normal, given the context), it's more and more advisable that people with the intent of making at least some portion of their livings on content creation (like, writers!) own their own outpost online where there is no moderation save that which one applies themselves.

I already have such a space: my personal site, ForgottenStars.net, which I launched with the idea of using it as my base of operations for my "writing life", while I've kept this blog going for all of my content that is not specifically writing-related.

The problem is that I don't use the space I pay for enough, and that I've got what seems to me too many outposts online. Also, I don't own this space: Google does, via their ownership of BlogSpot. So what I'm very strongly considering is migrating Byzantium's Shores to Forgotten Stars. I'm not entirely sure what would look like, as I'm a wee bit nervous about pulling the trigger, but I'm told it's not super hard to do. The problem is going to be that there is almost twenty years of content here, and I'm not sure how well the migrating will work.

The more I consider this move, the more likely I think it's going to happen. I'm not sure when exactly I'll pull the trigger, but it will likely be sooner rather than later, because I tend to be a "rip the bandaid off" kind of person. Ultimately I'd like to set up an automatic redirect here, but I'm not sure if that will work. We'll see. It's not as if I expect to lose a ton of traffic if I move, since this blog doesn't get a ton of traffic these days; not many blogs do, in all honesty. But blogging does seem to be making a comeback, whether it's on individual sites that people own themselves or on Substack or Medium or Patreon. So...be ready for things to randomly look very different here, pretty soon!

I have to admit to feeling a bit odd about such a move! As noted, I've got almost twenty years invested here at Byzantium's Shores, but the arguments for consolidating and migrating elsewhere honestly do seem to outweigh staying on BlogSpot and keeping multiple content management systems going.

scrawled here by Kelly Sedinger at 5:34 PM No comments: