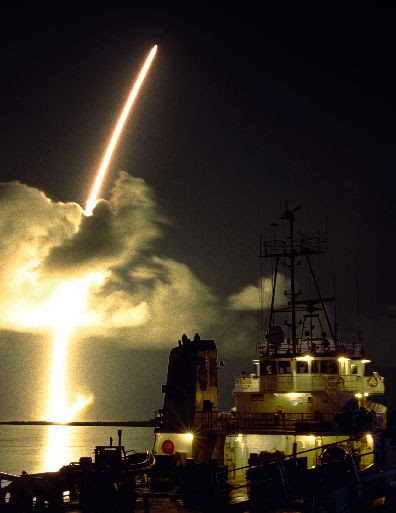 The launch of Cassini in October 1997, on its mission to Saturn.

The Cassini probe is much in the news now, as the ship has recently entered the Saturnine system and begun returning a lot of stunning data. Jay Manifold has been blogging a lot of the developments, and it turns out that Will Duquette plays an indirect role as well (writing software for the network of Earth-bound antennae that communicate with the probe).

Of course, once Cassini confirms the existence of a Rebel Base on Titan, the Star Fleet will be dispatched to take care of them. Heh heh heh....

(Because what's July 4th without a lame Star Wars joke?)