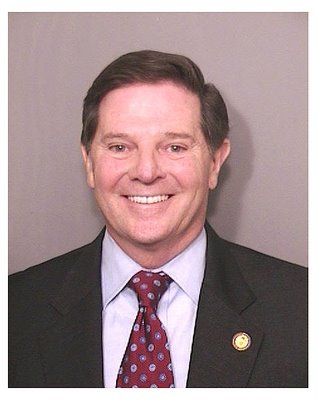 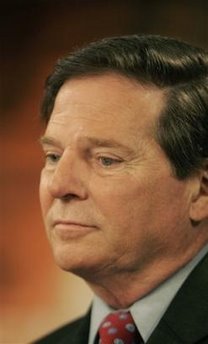 Couldn't happen to a nicer guy.

It strikes me that I found it nearly impossible to find a photo of DeLay actually frowning as he's "forced" out of Congress. I'll give the Devil his due here: the man is a mean bastard, but he certainly seems to enjoy it.

In the course of reading news about DeLay's exit from Congress, I found a couple of telling quotes. First, from DeLay himself:

It was obvious to me that this election had become a referendum on me.

Well, no shit. Really. That's what elections are: referenda on the people holding offices. Ultimately, though, DeLay turns out to be the most pathetic kind of loser: not just one who will do whatever it takes to win, but who also will only play the game if he's guaranteed to win.

He has served our nation with integrity and honor, and I’m honored to call him my colleague and friend.

And I have to recollect once again the bold prognostication offered once upon a time by the "Republicans can do no wrong, EVER!" guys at Powerline, a little over a year ago:

Sorry, folks, but, like it or not, DeLay is the Majority Leader and likely to stay such for many years to come.

Ahhh, Powerline -- the blog whose motto ought to be, "We get it right less often than even the most stopped of clocks!"