It's been a while since I shamelessly stole some of the government's bandwidth, so here are three recent Astronomy Pictures of the Day that caught my eye.

First, here is a galaxy I'd never seen before, the Tadpole Galaxy, so named for obvious reasons. 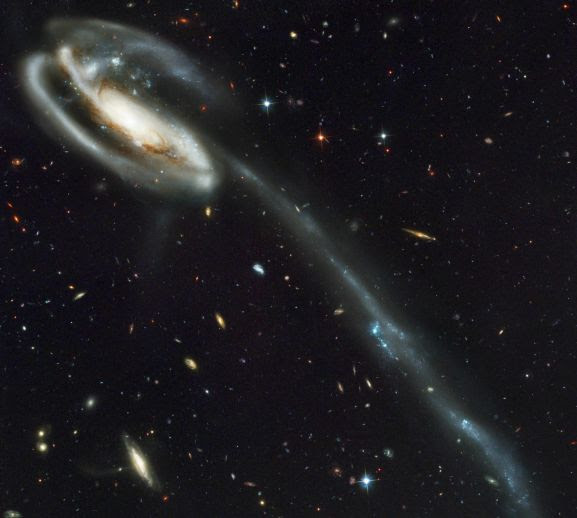 The tail is thought to be the distension caused by a close encounter with another galaxy, whose gravitational pull tugged some of the Tadpole Galaxy's stars out of their normal spiral arms.

Second, we've all heard about the "Face on Mars", right? Well, someone give Richard Hoagland a buzz, because it turns out that there's also a brain on Mars: 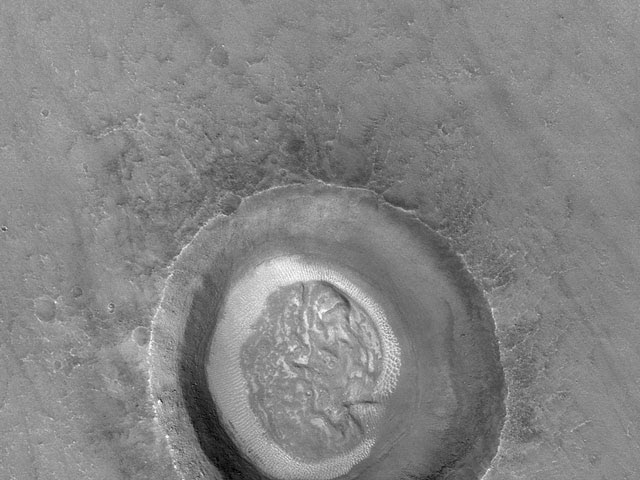 I'll be impressed if someone finds a liver on Mars, or maybe a big toe on Mars. Maybe NASA can turn over lots of its Mars photographs to junior-high-school boys throughout the country, so they can look for...no, I'll leave that thought unfinished.

Finally, here's a familiar image of astronaut Steven Smith at work during an EVA, repairing the Hubble Space Telescope in 1999: 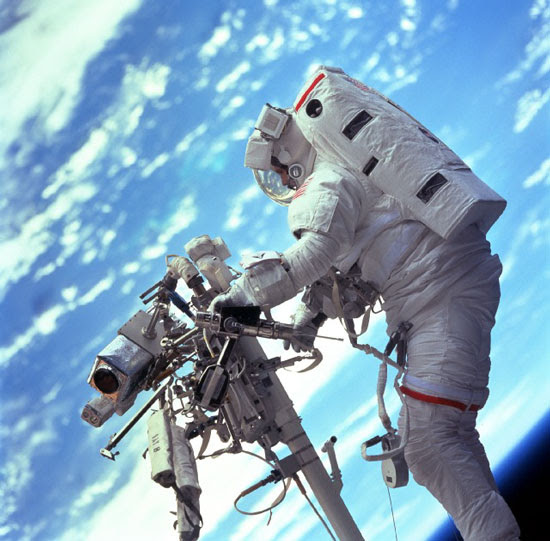 What struck me here was a very small detail: you can see Smith's face in profile behind the faceplate of his spacesuit. I'm generally accustomed to the mirrored surfaces of the faceplates obscuring their faces.

So there you go. Thanks, NASA!