This wasn't a particularly good week for writing: 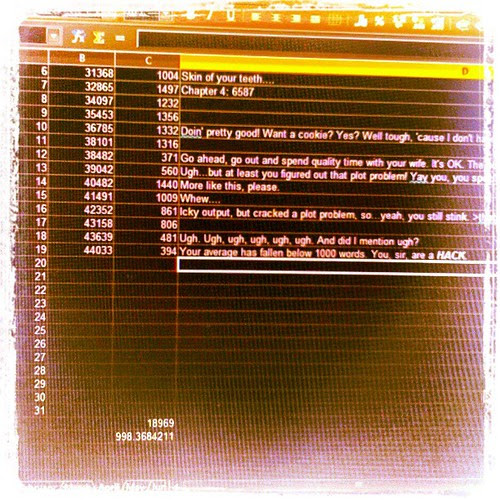 Between following the news (what an irritating week it was, news-wise -- thanks for that, Boston terrorists and United States Senate), trying to work my way through a thorny scene that represents a bit of a plot problem (coming up with a logical rationale for the characters to do something that I needed them to do but have it seem like their idea and not mine was a real struggle), and the general lack of brain power left for last evening that came from getting up at 4:00 am to do a job at The Store...well, I just did not manage to get a lot of production done on Princess In SPACE!!! II: The Princesses' Bogus Journey. I have spent the requisite amount of time hanging my head in shame and doing penance, and now it's time to delve back in. 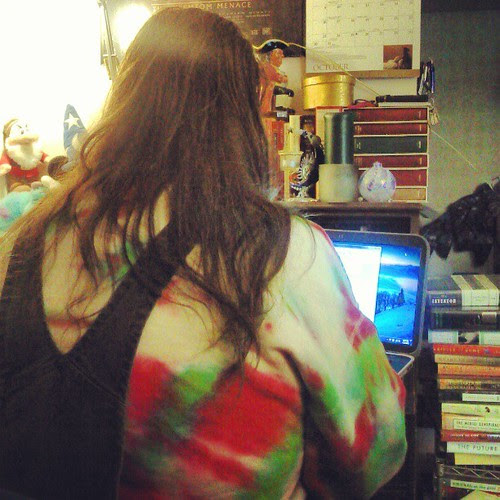 As for the first volume of the adventures of the Princesses, no agents have bit yet. But I'm not even close to exhausting that pool, so I'll be getting more queries out. Oh yes!

Future writing plans: Finish first draft of The Princesses' Bogus Journey, which should take me into the fall, hopefully in time for NaNoWriMo, during which I will switch genres and write the horror book I've had knocking around my head for just a bit less time than the Princesses have. And after that, I'll jump back into Lighthouse Boy, because I've had some interesting thoughts about that particular tale of late that could bear fruit. And beyond that? Editing The Princesses' Bogus Journey, thinking about Princesses III: The Princesses In 3D!!!...and who knows, maybe somewhere in there, the publishing process will start.

scrawled here by Kelly Sedinger at 10:22 AM

I can totally empathize with your self-ughs. Right now I am posting a comment rather than discussing how image segmentation techniques such as connected component analysis are super awesome for paleontology.

...Yours sounds more interesting than mine...

Just think, some day it might just be a 9-to-5 gig! I like the working title, btw. The publisher could go risqué with buxom girls in gowns on the cover to really nail the 13-18 year-old demographic. Baen would do it! But....that's Baen. ;)