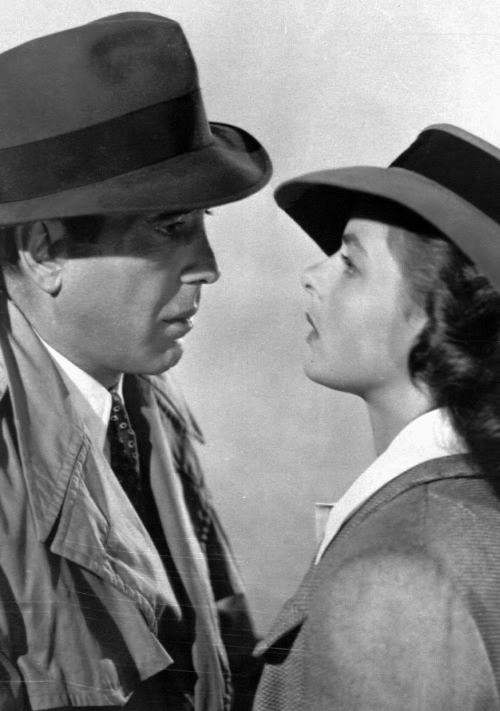 In honor of Roger Ebert....

Rick: Last night we said a great many things. You said I was to do the thinking for both of us. Well, I've done a lot of it since then, and it all adds up to one thing: you're getting on that plane with Victor where you belong.

Rick: Now, you've got to listen to me! You have any idea what you'd have to look forward to if you stayed here? Nine chances out of ten, we'd both wind up in a concentration camp. Isn't that true, Louis?

Ilsa: You're saying this only to make me go.

Rick: I'm saying it because it's true. Inside of us, we both know you belong with Victor. You're part of his work, the thing that keeps him going. If that plane leaves the ground and you're not with him, you'll regret it. Maybe not today. Maybe not tomorrow, but soon and for the rest of your life.

Ilsa: But what about us?

Rick: We'll always have Paris. We didn't have, we, we lost it until you came to Casablanca. We got it back last night.

Ilsa: When I said I would never leave you.

Rick: And you never will. But I've got a job to do, too. Where I'm going, you can't follow. What I've got to do, you can't be any part of. Ilsa, I'm no good at being noble, but it doesn't take much to see that the problems of three little people don't amount to a hill of beans in this crazy world. Someday you'll understand that.

[Ilsa lowers her head and begins to cry]

Rick: Here's looking at you kid.


I think it's time to watch Casablanca again.
scrawled here by Kelly Sedinger at 12:30 PM

When I posted a clip from Casablanca a few weeks ago I had to go back and watch the movie again. Holds up each and everytime. Like someone once told me - that film was like capturing lightning in a bottle.

Yes, I think I've seen it only once completely (outdoors, near Rochester, NY more than 30 years ago). See again for sure.