A to Z: Chopin 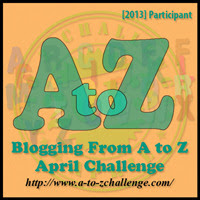 One part of my character make-up against which I have struggled all my life is my tendency to simply not work that hard at stuff I don't care as much about as other stuff. I suppose everybody has that tendency to some degree, but in me, it can really get damaging sometimes. This isn't an example of that, but it is a coming-to-grips of sorts with the fact that I could have been pretty damned good at something, had I not wanted to be pretty damned good at something else.

I just never ever worked as hard at the piano as I did the trumpet. That's inevitable, as the trumpet was my serious focus back in my musical days. But I have to admit that I could have worked harder at the piano and been better at it. I'm sure that I was a terribly frustrating student for both my piano teachers, first a wonderful woman named Margaret Hooker, and then a fine college prof named Dr. Ted Reuter. There were a number of piano pieces that I was technically good enough to handle, but which I never mastered, simply because I didn't work hard enough at them.

One such piece is the Polonaise Op. 40 No. 1 in A Major ("Military") by Frederic Chopin. There's no reason that I couldn't have played the hell out of this. I just...didn't.

Chopin (1810-1849) is generally considered Poland's greatest composer, and he is one of the greats of the Romantic era. He wrote almost nothing for orchestra, except for a couple of concertos; the vast majority of his output is for piano, which makes his music an absolute staple of piano students all over the world. Nocturnes, etudes, mazurkas, and, in this case, polonaises. A polonaise is a Polish dance, performed in ¾ time, and Chopin wrote quite a few of them. This one, the "Military", is full of stately grandeur; in my ears it sounds less like a dance and more like a processional. Every time I listen to it, I wish I'd gotten off my arse and learned to play the thing.

I like this video because it shows the score of the piece in time with the performance. This kind of thing is extremely valuable!

Interesting that Poland was not an independent country throughout Chopin's life.