:: You know what they say about guys with big feet...they wear big shoes!

::  Scrap metal thieves annoy me, but I can't help but on some level admire two guys who made a pretty penny by stealing a frakkin' BRIDGE and selling it for scrap. Wow.

::  I can't help but link this: a lovely young woman consumes a cheeseburger in one bite. The fact that she's also wearing overalls is just a bonus. 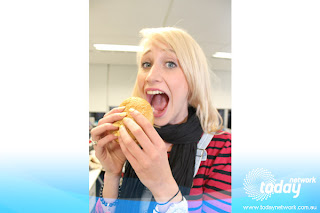 No, I will not be making any attempt to replicate this feat. A man's got to know his limitations.


::  Roger e-mailed this to me (leading me to wonder if I am becoming to bib overalls what John Scalzi is to bacon, but hey, somebody's gotta do it)...I saw this years ago, when The Daughter actually watched Sesame Street on a regular basis, but I'd forgotten about it. I always loved the "Random celebrity shows up and sings a song with the Muppets" bits on Sesame Street; in fact, WNED (Buffalo's public teevee station) used to run those clips in the two-or-three minute breaks between shows. Of course, this one's appealing because it's got Gloria Estefan -- one of the most captivating women in the world, for my money -- in overalls!


Estefan did another one, probably from the same episode, but I couldn't find it on YouTube, so here it is. And just because, here are some other "celebrities with the Muppets" clips that I particularly like.


No singing, but here's Patrick Stewart: