This was a fun game to watch. The Bears ran it well, but the Bills stayed right there, even taking a 19-14 lead in the 2nd half. But as the fourth quarter ran on, you just felt it coming. You knew it was there, waiting.... 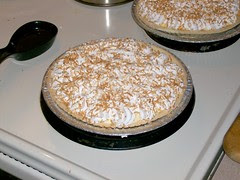 And sure enough, with the Bills trying to set up a tying field goal to send the game to overtime (after a freakishly good bounce on a Chicago punt to leave the Bills at the 1-yard line), QB Ryan Fitzpatrick rallied the troops...and then promptly unrallied them by throwing an interception, allowing the Bears to run out the clock. 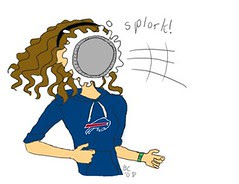 BTW, I know it's hard to judge sitting at home watching on the teevee, but it sure sounded like the crowd at this Bills "home" game -- played in Toronto -- consisted of mostly Chicago fans. Yuck!
scrawled here by Kelly Sedinger at 11:30 PM

Email ThisBlogThis!Share to TwitterShare to FacebookShare to Pinterest
Labels: NFL 2010