So, of course, I checked Buffalo. And man, is it depressing. Look at this: 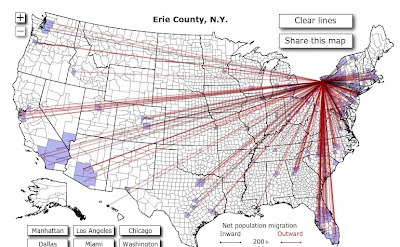 By contrast, I also looked at a place that seems to attract a whole lot of former Buffalonians. Here's Charlotte, NC: 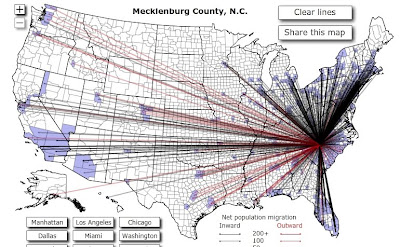 Of course, no one 'round these parts needs to be told that nobody wants to move here, but seeing it laid out so bare is a hell of a downer.
scrawled here by Kelly Sedinger at 11:22 AM

Wow, that map is really interesting to play around with. Looks like my home state of California is losing a lot of people. Thanks!