Some random stuff that I've seen around Teh Interweb:

:: Ridley Scott wants to make a couple of Alien prequels, apparently detailing the back story behind some visual thingie in the movie that fans have come to call the "Space Jockey". I'm sure I won't be queuing up for this when it comes out, as I've never been favorably impressed with the Alien movies, or, Attack of the Killer Space Vaginas, as I've come to think of them.

:: After a very long gestation process, Doug Adams's book The Music of the Lord of the Rings Films is nearing publication! Huzzah! 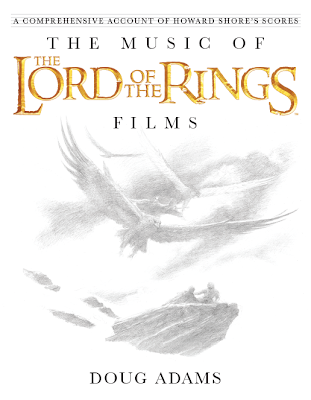 :: Apropos of that, an interesting article on Richard Wagner and his legacy in film music. It's kind of frustrating, though, to see a professor of music and a scholar of film music say something like this, referring to the leitmotif approach: "You can close your eyes and know who's on screen." No! No no no a thousand times NOOOO! A well-composed leitmotif-based film score is so much more than the composer simply saying, "Oh, Bob's on the screen, so here's Bob's theme." But it's still an interesting article, nevertheless.

OK, that's enough of that, I suppose.
scrawled here by Kelly Sedinger at 9:00 PM