2010: Closing the Books on another Year

It's that time of year again: time to do some looking back before taking a big leap forward. Hooray, end of the year! So herein we have my annual summation of what I think are some pretty good posts along the way. I like to think that I had a typically good year here at Byzantium's Shores; and as always, I met a bunch of cool new people along the way. That's what it's all about!

I'd call attention first to a couple of ongoing posting projects. It took a while, but I finished up with Fixing the Prequels: Attack of the Clones, and I did Ask Me Anything! not once, but twice. (And we'll do it again in February 2011, huzzah!) I also started a rewatch of The X-Files. I'm not that far in yet, but we'll get there in 2011. And there was The Beatles Song of the Week, which I did not do weekly. But I did a Thirty Day Challenge in thirty consecutive days! Huzzah!!

But anyway, it was a pretty fun year, and I hope that showed up in the posts!

So, let's get to the retrospective. 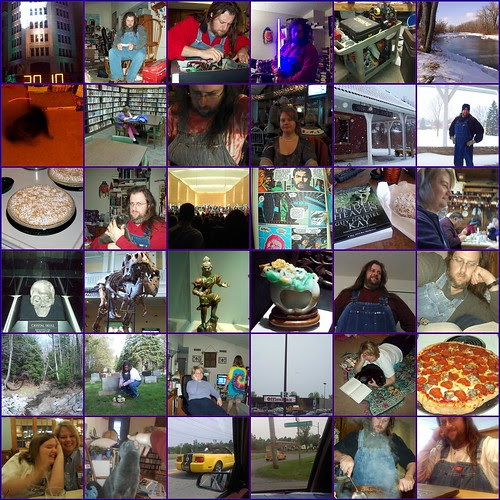 Click for larger version with annotated links to original photos.

Seeing the Trans-Siberian Orchestra
100 quotes every geek should know
Ringing in 2010
A Quiz of Questionable Politeness
Recipe: Straw and Hay
My tool cart: a brief tour
Recipe: Pulled pork
Ben Shapiro is an idiot
All Aboard the Chan-wagon!
Things I'd say to certain people
A Quiz on Writing
National Pie Day!
A Negative Quiz
Pepsi Throwback: I love it!

When magazines go bad
http://byzantiumshores.blogspot.com/2010/03/rossini-ravel-and-eighty-percent-of.html
How I spend break
Homemade Shamrock Shakes, and other delights
The BPO takes the Spanish Main
The "Ten Things" quiz
An appreciation of those who fly the Millennium Falcon
Pie versus Cake
Remembering Vincent's Pizza in Pittsburgh
A tale of mechanical frustration

Some random observations
I still think that Selig should have given that guy a perfect game.
100 Characters
Wondering about a Wonder Woman movie
On beating Super Mario Bros!
The Library Book Sale: June edition
On the passing of Al Williamson
The BPO does the Beatles
On the passing of Dr. Warren Schmidt
I consume a Twinkie, and live to tell the tale 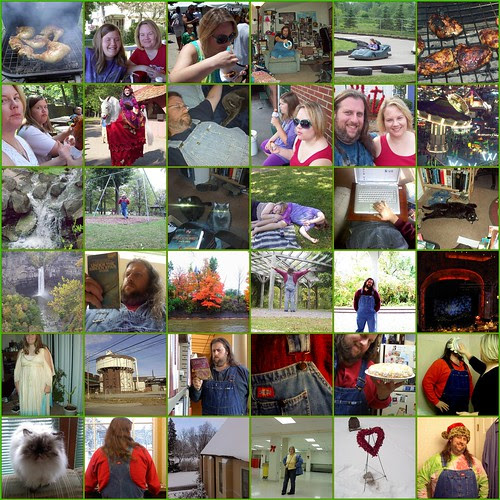 Click for larger version with annotated links to original photos.

How America was Born (or, Why it's a good thing I didn't try to major in History)
Coming up with names for an SF book: not easy.
A big book quiz
Lebron James: King of the Douches
Homemade pizza, homemade burgers, and other delights
Remembering the Bristol Hills Music Camp
MarioKart!
I really like Breakfast.
100 Science Fiction books everyone should read
A short morality play

The Buffalo News's decline in quality control
Maybe they think overalls should only be worn over hair shirts....
My friend Matt Jones gets married!
I have an "ilk"!"
Best Boss Ever!
More SF books everybody should read!
A Horrific Quiz!
Overalls and the iPad: a match made in Heaven!
Our day at the Erie County Fair
The "Things I've Done" quiz
On the passage of Bill Roosa, my high-school band director
Gregg Easterbrook, uncorking his bottle of stupid

Talking to my younger self: a quiz-thing
55 questions about books
I tried. I really did. But I don't like Glee.
The Pirates continue to be really bad....
A Halloween quiz
Lisa Edelstein: ROWR!
Mary Poppins, the stage show

I won! I won! I won! I won!
100 Tweets about Overalls
A word picture
Papa John's is here! (so what?)
How I spent International Overalls Day!
On cheating (the academic kind, not the marital kind!)
Things I'm thankful for
Little Quinn, five years gone....
Black Friday: a day of shopping, eating, and taking pies in my face.

A Star Wars quiz
The antidote to annoyance: seeing people getting pied.
Remembering John Lennon (a bit, anyway)
My year in Facebook statuses
Wow, there have been a lot of animated movies....
Melissa Rauch: ROWR!
On the nature of blogging comments
Christmas at Casa Jaquandor
Boom de yada!
An unexpected overalls sighting!
The year's new Christmas ornaments

Gentlemen of the Road, Michael Chabon

Justice League: A League of One

The Man Who Loved Books Too Much: The True Story of a Thief, a Detective, and a World of Literary Obsession, Allison Hoover Bartlett

Sports From Hell: My Search for the World's Dumbest Competition, Rick Reilly

A Wrinkle in Time, Madeleine L'Engle

You Couldn't Ignore Me If You Tried: The Brat Pack, John Hughes, and Their Impact on a Generation, Susannah Gora

Battle Beyond the Stars

The Battle for Terra

The Empire Strikes Back (a 30-year retrospective)

Harry Potter and the Half-Blood Prince

The Lost World: Jurassic Park
The Mask of Zorro

The Men Who Stare At Goats

O Brother Where Art Thou?

The Phantom of the Opera