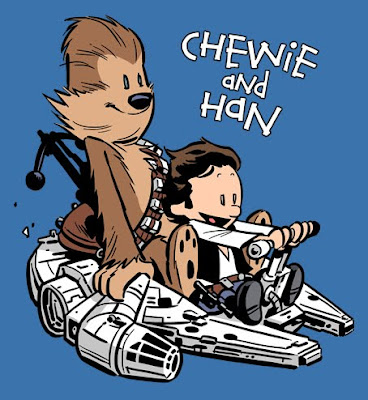 :: I don't remember where I got this from, so if any of you had it first (SamuraiFrog, maybe?), let me know. It's Chewbacca as a baby: 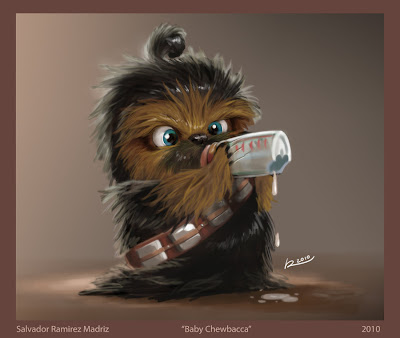 :: I thought producer Gary Kurtz came off like a bitter old man in an interview I linked a week or so back, but that interview's got nothing on this one. He beats his hobby horses into the ground -- "George just wanted to sell toys! George doesn't care about quality!" -- along with some new ones, such as that it was a mistake for Lucas to spearhead the making of Raiders of the Lost Ark because it's just a roller-coaster movie with no story. This interview is eight years old, but man, Kurtz does not look good here. The whole thing reads like a child's tantrum: "I didn't get my way! Feel sorry for me!" Well...no.
scrawled here by Kelly Sedinger at 11:33 PM

And Mo is Jabba the Hutt.