Just a few pop-cultural items knockin' round my head....

:: I love this poster, for the upcoming film Red Tails, which tells the story of the Tuskegee Airmen and is backed by executive producer George Lucas: 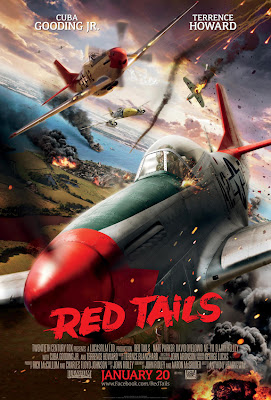 Of course, I look at that poster and I see that Lucas is only the executive producer. He's not the actual producer, nor did he write the screenplay or the story on which the film is based, nor did he direct the movie. But anyone want to lay odds on whose name gets mentioned exclusively if the film flops?

:: I think that the existence of this is frakking hysterical:

Why? Well, if you know anything about Norman's somewhat infamous series of sci-fi novels set on the world of Gor, you can imagine just what his sexual recommendations are like (i.e., great if you're a man and you're into dominance, not so much if you're, well, not).

:: I really am starting to get an appreciation for cosplay. 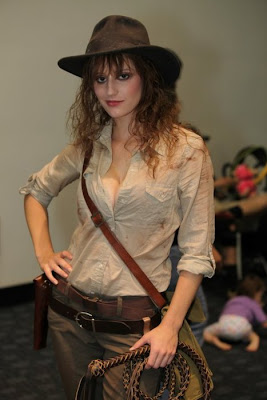 She's makin' it up as she goes along, folks!

The sad thing is, if Red Tails is a hit, there'll be the requisite astonishment that it succeeded "despite" George Lucas.