The Buffalo News has a sad.... 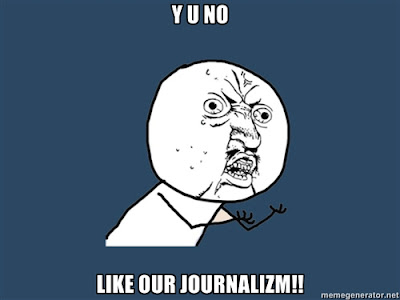 I'm not sure I've ever seen anything more unseemly than last week's column in the Buffalo News by editor Margaret Sullivan, in which a focus group of readers revealed that what they liked most about the paper was the selection of coupons. At least, that is, not until this week, when a bunch of other readers chime in to say "We like more than the coupons!".

So today we have the Editor of the Buffalo News writing a column that is mostly cut-and-pasted from a series of e-mails in order to give the paper a sense of self-satisfaction. It's almost embarrassing to read this stuff. Exactly when did modern journalism become so damned masturbatory? There's a history to be written here, I think.
scrawled here by Kelly Sedinger at 8:44 AM

Email ThisBlogThis!Share to TwitterShare to FacebookShare to Pinterest
Labels: Buffalo, Shaking My Head