It's a dangerous business, Frodo, stepping out your door.... 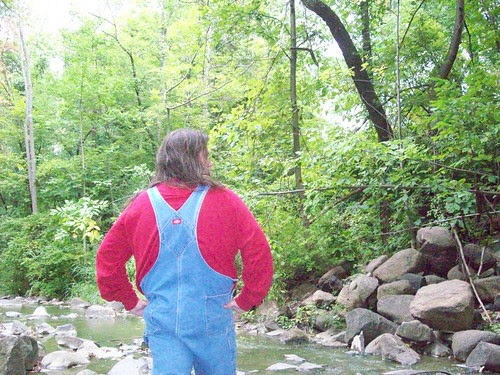 After a summer that has seen a surprising amount of weather that's been truly unpleasant -- from our cool-and-rainy June to our incredibly hot-and-humid July -- we finally got a welcome taste of autumnal cool this weekend. Or, as I like to call it, "overalls weather". The highs were in the upper 50s and it was quite windy; and with The Daughter out of town with her grandparents, I took advantage of a perfect opportunity to venture out for once in overalls instead of shorts, look around my environs a bit and learn a little more about Orchard Park, the town I've called "home" for seven years now. This is, actually, one of my favorite pastimes.

So, yesterday, I went to Green Lake. 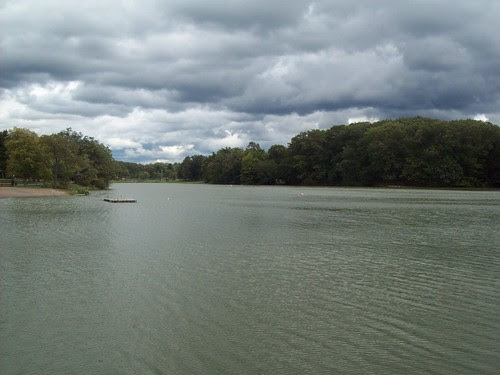 Green Lake is a small artificial lake in the southern part of town. It runs east-to-west, and is bordered on its northern shore by a park called Yates Park, which is the location for most of the big town festival-type events. (Except for July 4th fireworks -- it's too heavily wooded for those.) I've driven through Yates Park and along the north shore of Green Lake quite a few times, but I've never stopped to explore, until yesterday, when I learned, among other things, that in lieu of a town municipal swimming pool, Orchard Park has a swimming area in its lake. 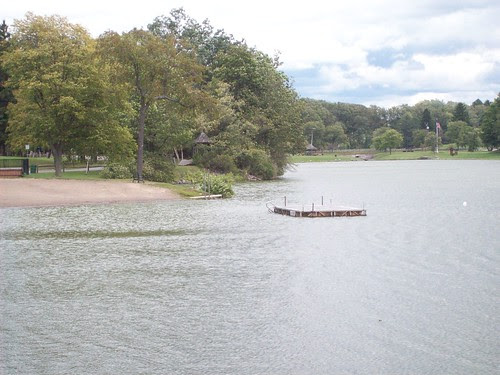 I never knew this before. Why not? Who knows? But once again, it amazes me how many details about my own town have escaped me after a number of years living here.

Now, Green Lake is not very big. I'm not entirely sure on this point, but when comparing Green Lake on Google Maps to Thoreau's famous Walden Pond in Concord, MA, at the same level of resolution, Walden Pond looks substantially bigger. So with Green Lake, we're not talking about a juggernaut of a body of water. Just a pleasant artificial lake in the middle of a town. 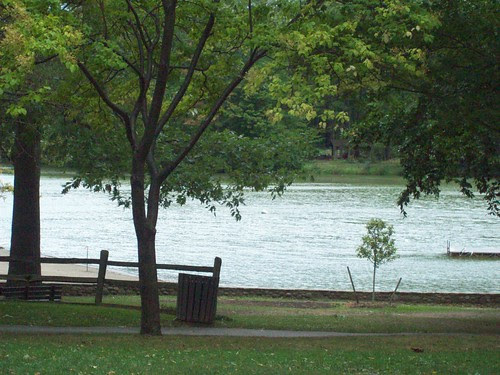 After I parked and got out to walk, I headed for an overlook that's caught my eye several times when driving by. But I was instead captivated by the dam that creates the lake, and the stream that the dam blocks and which spills over the dam on its way through to Lake Erie. The dam isn't big, at all, and its back side is not a sharp drop but a long, gentle decline away from the lake to the bottom of a ravine where the stream bed lies.

The water runs down a slope of concrete that ends after about twenty or thirty feet, and then returns to a very rocky stream bed: 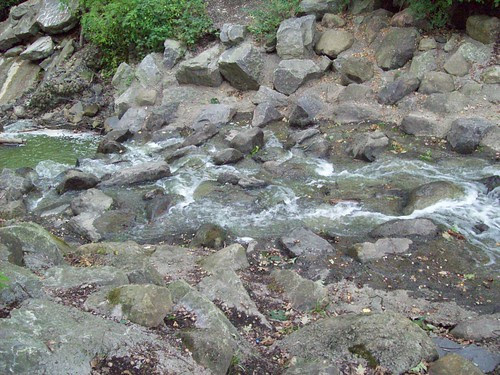 Actually, I suspect that those rocks were placed there and not part of the original stream bed. They seemed rather "artfully arranged" to my eyes.

At the bottom, there's a small waterfall which spills into a pool. The water was pretty green and sufficiently murky that I couldn't discern the depth of the pool there: 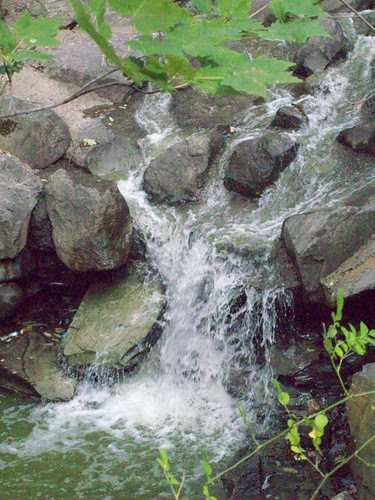 I suppose it's probably no more than a couple of feet, which is a shame; I'd love to find a nice secluded swimming hole around here one of these years. Anyway, after the waterfall (I'm being generous here, really -- the water falls no more than four feet), the stream babbles on and down, into what looks like a deep forest. 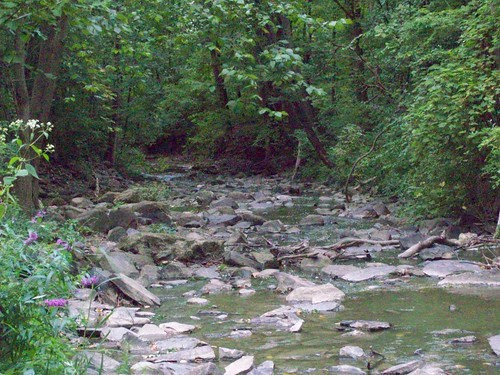 More than that, though, I knew that civilization actually picks up not far beyond that deceptive-looking forest into which the stream flows, and when I got home and checked the stream's course on Google Maps, I discovered that this stream is the very one I often cross when driving to the nearest giant suburban shopping region (McKinley Mall). And the stream runs just beyond the property line of Ralph Wilson Stadium, on the "tunnel end" of the stadium. Eventually the stream joins another and flows through the harsh kinda-sorta wastelands of the old steel mill regions before emptying into Lake Erie.

Still, it was a lovely place to find, this small piece of nature in the middle of boring old suburbia. 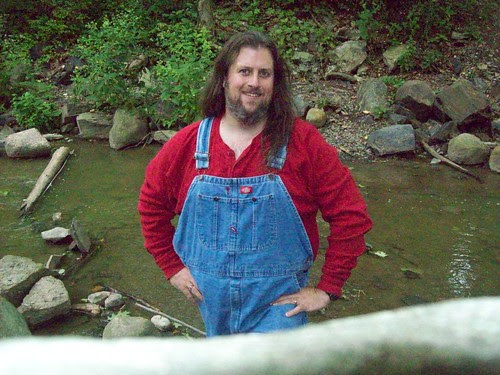 And Yates Park itself seems like a nice place -- it has swings... 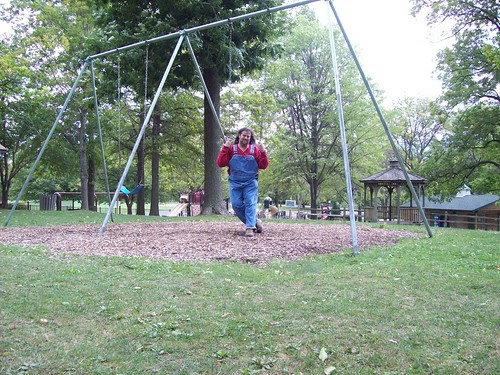 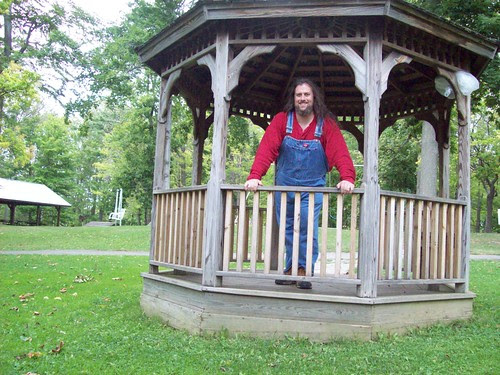 Communists, that's who. Seriously. Look at photographs of old Moscow during the Cold War. You know what you don't see there? Cute little gazebos. Tell me I'm wrong!
scrawled here by Kelly Sedinger at 11:23 AM

That looks like a lovely place. I wish we had more of that sort of thing where I live. We have the mountains within 15 minutes of everywhere in the valley, but you don't always want to drive up a canyon to see something natural.