"So far, this is not blowing my skirt up, gentlemen." 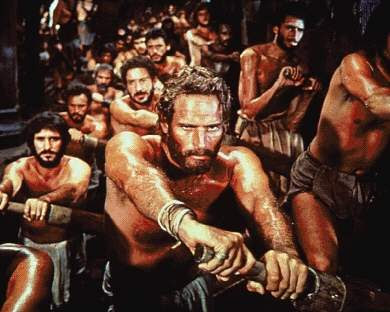 Being a firm admirer of actors who chew the scenery with wild abandon, I always liked Charlton Heston a great deal, even when I didn't like the movie. The Ten Commandments tends to have the same soporific effect on me as a big turkey dinner with two glasses of wine, without the comforting feeling of having eaten a big turkey dinner with two glasses of wine, but that's not Heston's fault, and I really love Ben-Hur. In his later years, Heston took on a lot of small roles that played off his image of a tough-as-nails guy you don't mess with, and I like that sense of humor he showed.

His political views? Didn't share them, obviously, and I don't much care what actors believe, anyway. I'll just cheerfully watch the chariot race from Ben-Hur again:

scrawled here by Kelly Sedinger at 10:53 AM