Here's a bit from one of my favorite movies of the last ten years. I truly, genuinely believe this movie to be absolute comedic genius. 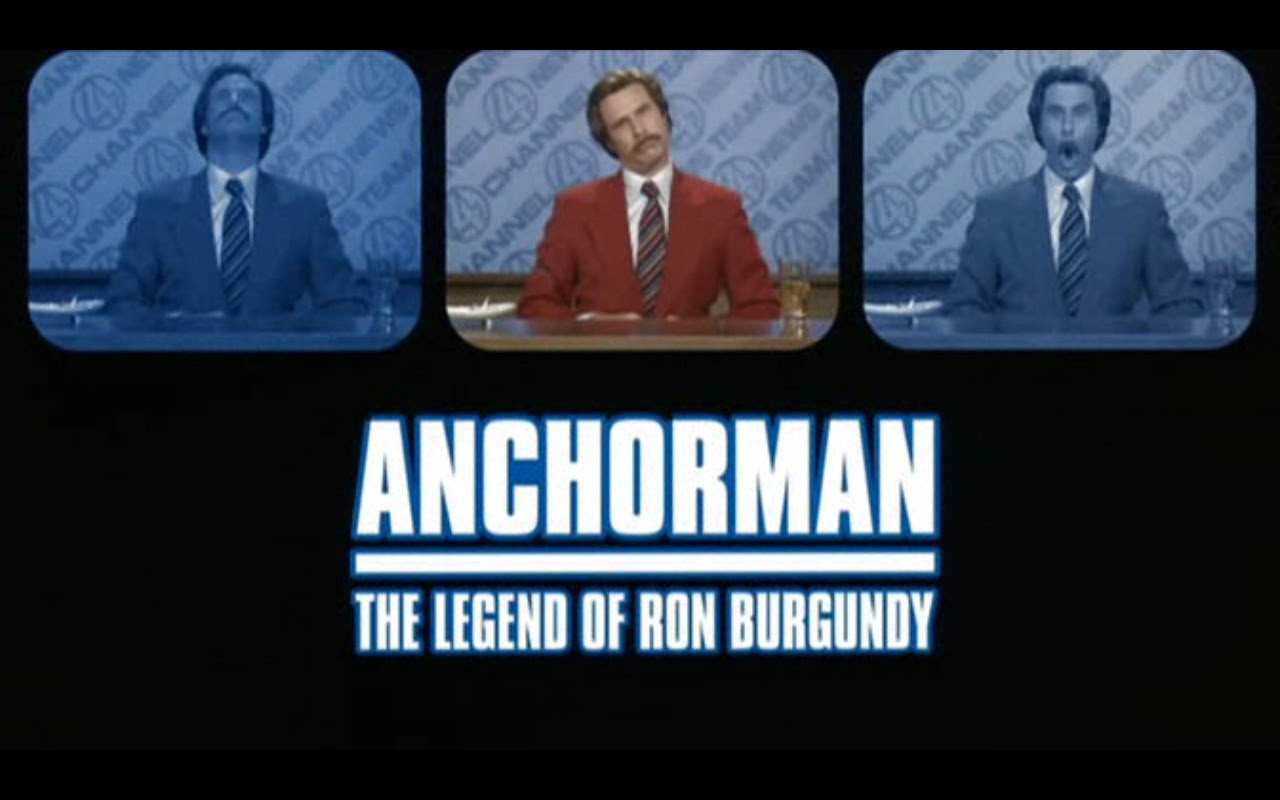 In the 1970s, "legendary" San Diego news anchorman Rob Burgundy, and his cohorts Champ Kind (sports), Brick Tamland (weather), and Brian Fontana (roving reporter) are used to ruling the roost on their local newscast, until a -- gasp! -- woman comes along to work with them. Into their station comes Veronica Corningstone, and nothing is ever the same.

Of course, we have to have the obligatory attempts by these guys to hit on her, because they're men and she is obviously a dumb woman. This is Brian Fontana's effort:

Brian Fontana: [about Veronica] I'll give this little cookie an hour before we're doing the no-pants dance. Time to musk up.

He opens a cabinet that is full of various bottles of cologne.

Ron Burgundy: Wow. Never ceases to amaze me. What cologne you gonna go with? London Gentleman, or wait. No, no, no. Hold on. Blackbeard's Delight.

Brian Fantana: No, she gets a special cologne... It's called Sex Panther by Odeon. It's illegal in nine countries... Yep, it's made with bits of real panther, so you know it's good.

Ron Burgundy: It's quite pungent.

Ron Burgundy: It's a formidable scent... It stings the nostrils. In a good way.

Ron Burgundy: Brian, I'm gonna be honest with you, that smells like pure gasoline.

Brian Fantana: They've done studies, you know. 60% of the time, it works every time. [cheesy grin]

Brian Fantana: Well... Let's go see if we can make this little kitty purr. (makes a 'snarling panther' sound, not all that convincingly)

(In the newsroom, Brian saunters over to Veronica and tries to hit on her...but she begins wrinkling her nose as the fumes hit her....)

Veronica Corningstone: My God, what is that smell? Oh!

Brian Fantana: (grinning because he thinks the smell is appealing) That's the smell of desire my lady.

Veronica Corningstone: God no, it smells like, like a used diaper... filled with... Indian food. Oh, excuse me.

She runs away, seeming about to vomit.

Brian Fantana: You know, desire smells like that to some people.

Male News Station Employee: [Disgusted] What is that? Smells like a turd covered in burnt hair.

Brian Fantana: [Tries to act casual and walk away] Woah, what's that smell?

(Cut to Brian Fantana being hosed down in a shower.)

Of course, reading a scene like this isn't like seeing it play out...Paul Rudd's eerie confidence that his cologne is working its magic when it is, in fact, clearing out the room, and the look on the random woman who walks through the frame, nearly in tears, just in time to unleash the "Bigfoot's dick" metaphor.

I like it when movies like this lampoon the 1970s, without making it look like an ugly and buffoonish era, too. They make fun of some of the excess, but really, nobody looks downright horrible in this movie -- just dated. And I well remember the way local stations used to have their little triumvirates of "Anchor-Weather-Sports", like WKBW in Buffalo with Irv Weinstein, Tom Jolls, and Rick Azar. Those guys have not done a newscast together in twenty-three years (Azar was the first to retire, in 1989), but people around here still talk about them.

I could go on in praise of Anchorman, and maybe someday I will in another post. Great Odin's Raven!