"Across the Universe" by Beth Revis 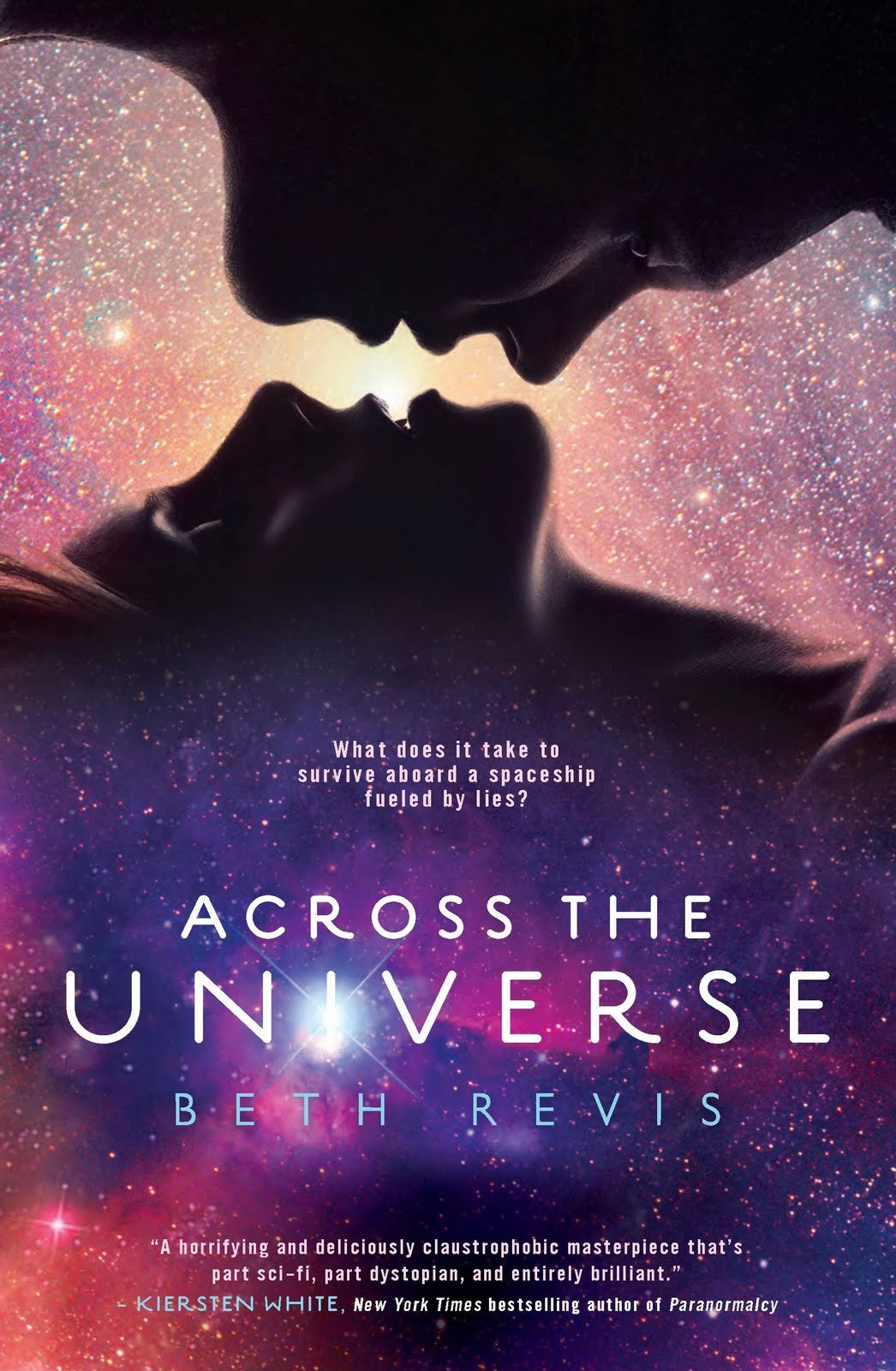 One theme I see a lot in various science fiction commentary sites and blogs I read is that the genre itself is lagging in readership behind fantasy and horror to a pretty significant degree, and that one of the reasons for this is a comparative lack of 'gateway books' to the genre. Generally the idea of a 'gateway book' is a book that's solidly in the genre, but not so solidly as to be inaccessible to people who have been reading it for a while. And yes, this is a definite problem; I found it myself, back when I really started reading SF on a regular basis in the late 1990s. Sometimes the standard tropes of SF can be a bit hard to penetrate, and the genre tends toward terminology that can often be used from one book to the next, so that if you know what it means or indicates, you're fine, but the first time or two...it can be a bit hard to get into it.

Another problem is that there just don't seem to be terribly many SF books for young readers these days, be it schoolkids or young adults. Why is this? I honestly don't know. But when I look through the shelves at bookstores for books for The Daughter, I can find tons of fantasy, dark fantasy, and outright horror. SF is harder to come by, and it usually tends to be future dystopia stuff or steampunk. That's not a complaint, just a summation of the state of things. But what I've always considered to be the heart of SF, the space adventure (whether it's outright space opera or not), just isn't around all the much anymore. The usual complaint is that no one is writing today's equivalent of Robert A. Heinlein's novels for juvenile readers, and for the most part, this seems to be true.

Which brings me to Beth Revis's novel Across the Universe, which is the first book in a trilogy (the second, A Million Suns, is already out, while the last, Shades of Earth, is forthcoming). Across the Universe tells a good, old-school science fiction story, with two young adults at its heart. I loved it.

We open on Earth as a girl named Amy is being placed into suspended animation alongside her parents for a several-hundred-year journey aboard a starship called the Godspeed for the settlement of what is hoped will be a new Earth. Then we meet a boy named Elder, who is so named because he is being groomed to eventually be the leader of the ship. The Godspeed is well underway, and Elder is receiving his lessons from the ship's current leader, Eldest, who is something of a stern taskmaster. (Or so he seems at first, before things start getting a lot darker.) But down in the hold, Amy awakens from her cryogenic sleep. She's been thawed out, after an attempt on her life. Halfway through the ship's journey. When she is told this, she realizes that when they arrive and her parents are revived, she will be in her 60s or 70s.

So, Amy is awake on the ship when she shouldn't be, there is a murderer on the loose, and it turns out that life aboard the Godspeed isn't quite what it should be, because the Godspeed herself may not be what she should be. Amy is alone on this ship which is run by a tyrannical leader. As the book progresses, several mysteries are resolved, but even more are unmasked, in this first volume of a trilogy.

The idea of a story set entirely on board a generation ship is not new, of course. But in Revis's hands, it's an interesting and effective use of a classic SF trope. None of this works without sharply drawn characters, and Revis does an excellent job of putting us into both Amy's and Elder's heads, as one tries to adjust to a terrifying situation that is unfair and nothing she ever deserved or envisioned, and the other finds himself rebelling against his longtime father figure as he starts to realize that things in his world are not what he has always thought them to be.

So if you're looking to introduce a certain young adult reader to SF, this is a good place to start.

Some dude stuck in the Midwest said...

What about the classics? Jules Verne, isaac Azimov, you can also try Cyberiad by Stanislaw Lem.

Sounds like a good book. I agree, sci-fi for me has always been, at its core, about the spaceships, and I've gradually lost interest in what's currently published in the genre because (a) too few spaceships, and (b) too much dystopia.