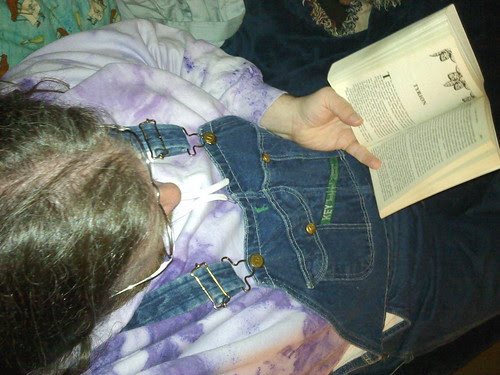 So, I have now knocked off two books in George RR Martin's A Song of Ice and Fire series. I remember A Clash of Kings as being nearly the equal of A Game of Thrones; this time out, the book impressed me ever more than I remember it doing the first time out. This could be because I know what's coming; middle acts tend to look better once the acts that follow are in place, so that more of the structure can be seen. I don't think that The Empire Strikes Back's lofty reputation began to set until after Return of the Jedi arrived, and not because the former is clearly superior to the latter, but because once the third act is out, one can see just where the second act was going. So it might well be with Clash.

In this book, the smoldering tinderbox that was Westeros in the first book explodes outright into two separate wars. Or three. Or four, come to that, depending on how one counts them. Now, instead of great Houses jockeying for position under a single King, we have four different Kings, each looking to lay claim to the realm (or a big chunk of it). In addition to them, there's a fifth King on a crappy, rocky island looking to strike while everyone else is looking the other way, and there's the Queen Across the Sea, Daenerys Targaryen, who is still looking to put together an army that she can bring back across the sea and claim the Iron Throne herself. It's a heady mix.

Clash pretty much picks up right where Game left off, so we are brought up to speed on what happens to our favorite and not-so-favorite characters along the way. Arya Stark has fallen in with an officer of the Night's Watch who has come to King's Landing on a recruiting mission. ('Recruiting' for the Night's Watch is a pretty generous word, given the dregs of society that tends to go up there.) Sansa Stark is still a virtual prisoner of the Lannisters and is still betrothed to King Joffrey, who is still Exhibit A in Why We Don't Let Teenagers Be Heads Of State Anymore. Robb Stark is still trying to act the King in the North, with his mother's help. Jon Snow is still on the Wall, getting ready to journey with his fellow Brothers in Black on a mission to see just what strange doings are afoot in the far frozen north. And of course, there's Tyrion Lannister, who is sent by Lord Tywin Lannister to serve as Acting Hand of the King, which means that most of the statecraft and strategic planning in the book falls to him.

The ongoing theme continues to be the way that the people best suited for various jobs are not allowed to hold those jobs, simply because of bloodlines or sex. Tyrion has a clear gift for governing a Kingdom, but he can only do so as the Acting Hand of the King, because no one trusts a dwarf to run much of anything at all.

The 'soap opera' structure of the books continues to be in full effect, right down to either being excited or disappointed by the name at the head of each chapter, indicating who our viewpoint is to be for a while. This structure also helps keep the pages turning, as it's not hard to finish one Arya chapter and then say, "Well, I'll just keep going until the next Arya chapter." This also means suffering through some chapters that aren't terribly compelling, because I don't like the characters on whom they focus. Through the next two books, I have zero recollection of what, if anything, happens to Theon Greyjoy...but damn, I hope he dies. Hate that guy.

:: Martin is not tipping his hand at all as to whether Benjen Stark is still alive or not. And very little mention of the Others, although we saw them in the very first pages of the first book. This is taking a lllooonnnggg time to develop.

:: Martin's writing of sex scenes is a bit too graphic for my tastes. I honestly did not need to read about Tyrion's probing of Shae's "secret sweetness" to the point where his beard was drenched.

:: Tyrion seems awfully prescient about how the river battle is going to go, as he starts getting things ready for it hundreds of pages before it happens. This is incredibly effective, though, as the actual battle unfolds; we follow Davos Seaworth into battle and we know that he is troubled by a gnawing certainty that he is sailing into a whole lot of shit, but he can't put a finger on it.

:: I tended, while reading, to wonder just what it was about the Baratheons that inspires such loyalty, because frankly, they're all jerk-offs. Robert was a drunken sot who ripped a kingdom apart because of a girl; Stannis is so busy being offended by the speck in his brother's eye that he never notices the plank up his own ass; and Renly is just a lightweight who has no real justification for his claim to the throne outside of "Because I wanna!". Why do so many people follow these guys? I wouldn't follow them into 7-11 if I really had to use the bathroom.

:: Bran Stark seems to have some kind of lycanthropy thing going on, and Arya is entranced by one guy's ability to change his face. I assume these threads will come to interesting ends at some point.

:: I'd forgotten about Brienne of Tarth, and what a tragic figure she is. It's clear that Martin has gone out of his way with her to create a character who has zero place, anywhere, in his universe.

Next up is A Storm of Swords, which I recall as being where, for me, some of the luster on this series started to diminish. We'll see.

scrawled here by Kelly Sedinger at 6:39 AM

I think he's a long time getting to it, but Brienne has got to have SOMETHING important coming up to do. GRRM's affinity is really for characters who seem like they have no place, and those are the characters he keeps hinting are going to reshape and heal Westeros. Tyrion, Arya, Jon Snow, Brienne, even Daenerys. I figure Brienne can't just be about suffering, but GRRM's taking a long, long time to get to whatever it might be.

I find Martin's attitude towards sex scenes to be kind of indicative of the whole fantasy role of women, and find that distasteful. But then, I'm a woman and I don't particularly like fantasy, so there you go.

Yeah, I have a hard time with that. On the one hand, he's striving for a somewhat authentic depiction of a medieval society (as 'authentic' as one can be when there are dragons about), so it's not as if he can have totally liberated women going around. He has to find ways to depict strong women in ways that are still in keeping with the type of society he is writing about.

But on the other hand, he indulges a lot of graphic sex scenes, and he uses the infamous 'C'-word a lot. I don't know...he has only a couple of females in these books who don't use sex in order to gain power over men, and in one case, he makes it clear over and over that this is because the woman is pretty ugly (so who'd wanna have sex with her, am I right!), and in the other, well, the character is a child who hasn't 'flowered' yet. (That's the actual term for it.)

I honestly can't figure out what to make of Martin's treatment of women in these books. Or in fantasy in general, since I don't read nearly as much fantasy as I used to...and lately, when I do, I find myself not liking it all that much.

Interestingly, Jacqueline Carey's 'Kushiel' series is also deeply sexual, but for some reason, the sexual material in that one doesn't grate nearly as much as Martin's. I can't help noticing that the genders of the authors may be a factor....

Have you read "A Feast for Crows" yet? Brienne doesn't use sex to get power.

GRRM's female characters lack depth, other than Sansa, and her depth is more of the "emo" kind.

I cannot get through "A Dance with Dragons." I know piles that have, but it reminds me of the way that the Hannibal series evolved"

Silence of the Lambs: "Omigosh. This is probably one of my favorite books of all time. How awesome is Harris, seriously? Absolutely the coolest characters ever devised."

Hannibal: "Ooooh... not so good... kinda just... 'Hey! You think Hannibal is cool? How about I stick a whole bunch of coolness in a blender with Hannibal and make a Hannibal cool smoothie out of it.' Not very good. Not very imaginative."

Same thing is happening with A Song of Ice and Fire, I fear.

I appreciate your thoughts, and agree.