What to do with Wodka! 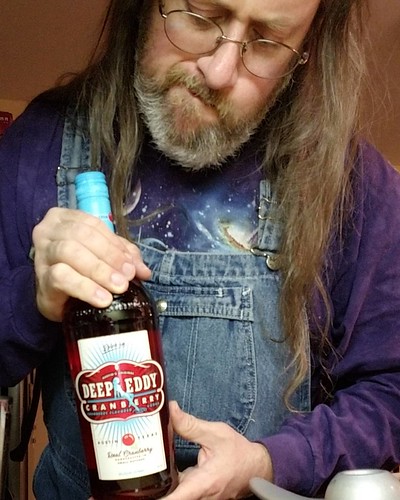 For Christmas, a good friend gave me a bottle of cranberry vodka. This confused me, because my experiments with mixology have to date made very little use of vodka, which is not my favorite spirit, in all honesty. I've only even bought one bottle of vodka in my life! It's a 375ml bottle of Smirnoff which I have had in the cupboard for several years. I only bought it because I wanted to taste a Vesper in the actual recipe invented by Mr. Bond (though in reality, you can't even taste that anymore, because Kina Lillet no longer exists, but that's a rabbit hole for another time).

This Cranberry vodka is quite lovely, though! Cranberry is a favorite flavor of mine, and this stuff tastes strongly of it. While I'm not about to drink this vodka straight, I will use it in the occasional mixed drink, because it is tasty. I may feel the need to look into other flavors; the brand is Deep Eddy, a distillery from Austin, TX. 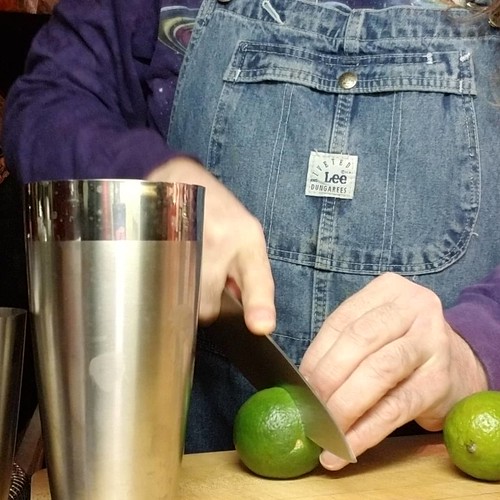 I mixed in my new Boston shaker cup the following:

Juice of one lime

All this I shook up, and then strained into a glass with ice; then I topped off the glass with club soda and gave the whole kaboodle a stir. Here's what all that looks like (videos have sound, beware!): 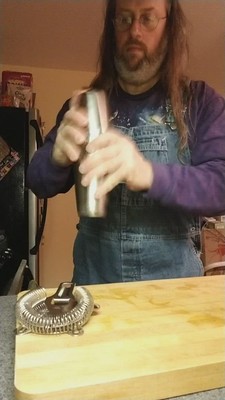 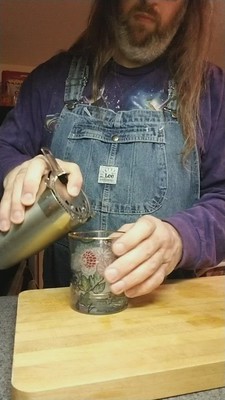 And, here's the result! 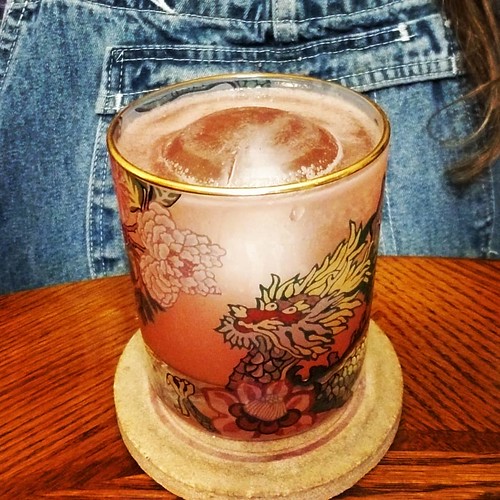 I found this a delightfully sour and fizzy drink! It actually wasn't that fizzy at all, since by the time I went to top it off with club soda, there was only room for about two ounces of it.

Oh, by the way! The Wife gave me a new bartending set for Christmas, after she noticed that my existing cocktail shakers were starting to get a bit worn out and dingy. I'll make many a fine drink with this set (though I'll need to grab another shaker, because one shaker is a bummer when I'm making drinks for two). 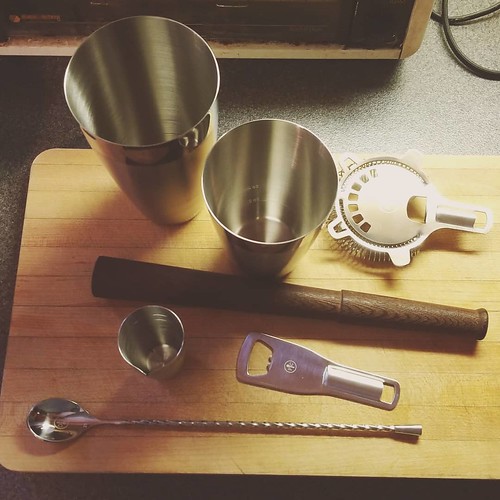 I don't like vodka either, this is the only brand I have found that I can drink and can also recommend the grapefruit variety.

Whereas I don't think most vodka has much of a taste at all, which makes a screwdriver or greyhound so tolerable.