From the Books: THE BOYS OF SUMMER, by Roger Kahn 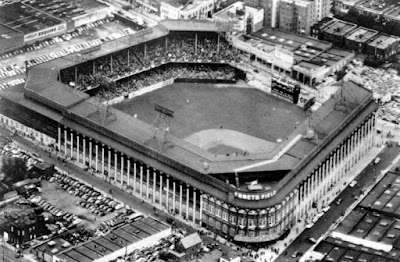 My years with the Dodgers were 1952 and 1953, two seasons in which they lost the World Series to the Yankees. You may glory in a team triumphant, but you fall in love with a team in defeat. Losing after great striving is the story of man, who was born to sorrow, whose sweetest songs tell of saddest thought, and who, if he is a hero, does nothing in his life as becomingly as leaving it.

--Roger Kahn, The Boys of Summer

I was once a huge baseball fan, mainly during the 1990s. It started with the Pittsburgh Pirates' string of three consecutive National League Eastern Division championships (they were in the NL East back then, before the realignment that created the NL Central), each of which was followed by a heartbreaking loss in the NLCS. Those three years gave my father and I a lot to talk about and a rooting interest in common, which was a lovely thing. (It's not like we especially needed that; it's not as if we had a wounded relationship that was somehow healed by baseball or some shit like that. But a shared interest and joy is always good!) Looking back, it's amazing how my college years were grounded by sports heartbreak: I'd watch the Pirates lose an NLCS in October, and then three months later I'd watch the Bills lose a Super Bowl.

As the 1990s came to an end, I still loved baseball even though by this time the Pirates had become bad (in an epic stretch of badness that would go on for twenty years), but as the 2000s arrived I had less and less opportunity to watch baseball on teevee, because we didn't have cable. I never lost my admiration for the game itself, though. I loved its rhythm, I loved how it created moments of fantastic tension without the breakneck pace that lots of people seem to think is essential to an exciting sporting event. And I loved how baseball, for some reason, lent itself to wonderful writing. Good sports writing abounds all over the place, I have to admit, but there's just something about baseball that makes it fodder for great writers.

I think it has to do with how much baseball there is. Each season lasts for six months, with games nearly every single day; unless there's a no-hitter or a perfect game or some other kind of highlight, few individual games linger in the mind, which means that an entire season can take on the feel of a long epic struggle that feels sad when it ends, whether your team finishes as World Champion, or a pennant winner, or as just another also-ran along the way.

And it's not just that the seasons are long; baseball itself has been around seemingly forever, too. The history of baseball lasts to around the time of the Civil War, if not before that, and its rise echoes evolutions of so much of America: the urbanization of our society, our ongoing struggles to find some semblance of racial justice, and the desire so many feel to hang on to aging traditions as our society seems to relentlessly speed up.

Baseball careers last a long time too, at least compared to other sports. A typical football career lasts, on average, only four or five seasons. A good baseball player, who manages to avoid catastrophic injury, can play ten, fifteen, even up to nearly twenty years before the inevitability of age takes its toll. And there's also the progression from the minor leagues to the Majors to take into account: a poetic questing nature seems to apply to players who toil on and on, always chasing the dream.

Roger Kahn, regarded as one of the finest of all baseball writers, died in 2020 at the age of 92, and when he passed, many paeans to his most famous book, The Boys of Summer, showed up online and elsewhere. I had never read Boys, so I added it to my reading list, and I finally got to it just a couple of weeks ago. (Hooray for borrowing e-books from the library--but that's for another time!) I finished Boys just a couple days ago, and it really is every bit as good as its admirers claim.

Kahn's book is billed as a chronicle of the Brooklyn Dodgers over a remarkable period in which they were always very good and yet only won it all a single time, but the book is more than that. It opens with a long reminiscence of Kahn's family life, of how he learned and grew and learned some more and eventually came first to writing and then to writing baseball. We don't arrive with the Dodgers until some time in the book, and if you expect the kind of long telling of a great team's championship season, well...that's not what Kahn is up to here. He writes about baseball in the larger sense, with baseball's dual feeling of being something unending, through which individual men come and go. In the book's latter half, Kahn catches up with many of the stars from those Dodgers teams, the last ones to play in Brooklyn before the team's eventually forsaking of Ebbets Field and Brooklyn for Chavez Ravine in Los Angeles.

Kahn doesn't draw much attention to the way time is a constant theme in his book, but it is always there. Everyone whom Kahn profiles here is now dead, and the first edition of The Boys of Summer came out in 1972. The oldest players in baseball today were not even born when this book came out, chronicling baseball events that were already decades old. Baseball keeps on keeping on, doesn't it?

Toward the end of the book Kahn discusses, almost in passing, the team's move to Los Angeles. Though he doesn't underline the point, it's hard not to sense a disapproval on Kahn's part of what he might describe as the corporatization of baseball. Even that, however, must be viewed through the lens of time. When Kahn was writing, Ebbets Field was still a living memory. Now, the Dodgers have been in Los Angeles over half a century, and the then-shiny and new stadium at Chavez Ravine is one of baseball's oldest and most beloved venues. Baseball keeps on keeping on.

Finally, I close with a few specific passages that struck me. Roger Kahn is, among other things, a hell of a storyteller and wordsmith. An anecdote about Gil Hodges, who played first base for the Dodgers before becoming a manager:

A sense of strength stays with a man. When Hodges managed the Washington Senators, he learned once that four players were violating a midnight curfew. Hodges believes in curfews and he convened his ball club and announced: "I know who you were. You're each fined one hundred dollars. But a lot of us are married and I don't want to embarrass anyone. There's a cigar box on my desk. At the end of the day, I'm going to look into that box and I want to see four hundred dollars in it. Then the matter will be closed." Hodges gazed. At the end of the day, he looked into the cigar box. He found $700.

As Kahn travels around the country to meet personally with the retired stars of those great Dodgers teams, he finds himself often well off the beaten paths in towns that were once something but which are now just doddering along. The town that I grew up in is one of those, a onetime "city" in New York's Southern Tier that is now just another small town with a lot of closed factories and empty buildings, but still enough people to keep the place being a place. Interestingly, my town--Olean, NY--is name-checked in The Boys of Summer, as the location of a tryout camp for guys who maybe wanted to play baseball. I have trouble imagining such a thing now, but that camp was Gil Hodges's route to the big leagues.

This passage, about Newport, PA, rings very true to me. The towns of my youth were very much like this town.

The reasons for which Newport was built died along with the tannery and ironworks. A river bend no longer makes a town and jobs are so short at the Penn Central that only men with twenty years' seniority survive recurrent layoffs. But Newport is not dying; the petrified village may even grow. It is a refuge for certain whites, raising young families, who talk about "the niggers stealing America." No black man lives in Newport, Pennsylvania. None wants to come and none is asked. A few blacks who work for Bethlehem Steel have built a cabin near Lost Creek Gap, but the Newport elders say these aren't bad ones.

And finally, a quote about the inevitable shifting of the world and how it appears to those living in as it shifts:

There is only so much space on the planet. Fathers perish to make room for sons. At the end, some go with grace, but the middle years--and these Dodgers are striding through middle years--shake with contention. Jack and Jackie Robinson; Clem and Jay Labine, father and son circling one another in a spiky maze of love.

It is too easy to lay griefs on the end of summer. Once I wrote the poet Robert Graves, asking, among other questions, how it felt to be seventy years old. He could not tell me, Graves responded, because in his own mind he was still twenty-one.

In The Boys of Summer Roger Kahn writes about the lives of baseball, and the way that baseball looms larger in those lives than maybe it should, since the baseball part takes up, what, one fifth or one-sixth of a life? Baseball isn't a bad way to mark the time, though.
(Photo via)
scrawled here by Kelly Sedinger at 8:30 PM

Email ThisBlogThis!Share to TwitterShare to FacebookShare to Pinterest
Labels: Books, From the Books, Sport

The deaths of so many baseball players that I followed Don Sutton, Hank Aaron most recently) has made me more wistful than usual.