2021 in the Books: SOULCATCHER and THE WEIRDSTONE OF BRISINGAMEN

So, this year I'm going to try to do more with regard to writing in this space about the books I read. I've set a Goodreads challenge for myself of 52 books read, and as I write this, I'm ahead of schedule, with three books done. Huzzah! Here are capsule reviews of the first two.

Davis is a contact of mine on Instagram, and an indie author whose work I decided to support by buying one of her books. This one is quite an effective thriller, involving a company which employs sales reps whose job is to sell people on the idea of literally selling their souls to the Devil. Our heroine, Frankie, is an alcoholic who is quite good at her job, no matter how creepy her boss is and how deeply she knows that her job is morally repugnant. All she has is her sister, but when that relationship is threatened, Frankie meets a literal angel who is intent on destroying the business of soul-selling forever and freeing Frankie from her own contract which binds her to Hell. 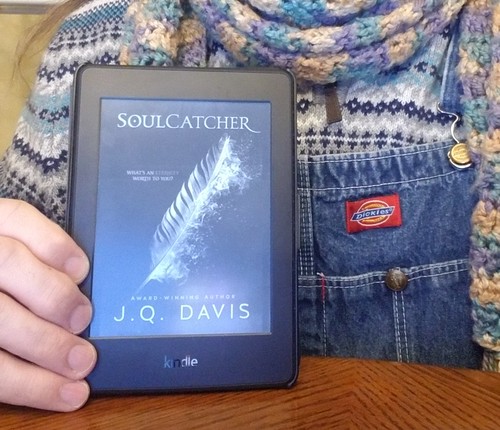 This book is very dark, with a lot of adult content. I also found it a bit slow in the first act, because of a lot of infodumping. But once Davis has her stage set, the book becomes a lot more involving, with a lot of surprises along the way. I was pleased at several junctures to find that what I was sure was going to happen actually was not, and yet, the things that do happen in the book make total sense. I ended up enjoying this one a great deal, even though this kind of story tends to not be my cup of tea more often than not.

::  The Weirdstone of Brisingamen, by Alan Garner.

This YA fantasy novel dates from 1960, which makes it a pleasing throwback for me. Two young siblings, Colin and Susan, are living in England when they are attacked by strange creatures called the "svart alfar" while exploring their wilderness. They are rescued by a wizard who is tasked with overseeing and protecting the enchanted sleep of a small army of knights. Their is a particular item called the Weirdstone (also the Firefrost) that governs the magic behind the sleeping nights, and the Weirdstone has been lost. Now the forces of darkness are rallying to search for it, which leads to a desperate flight across the English countryside to hopeful safety. 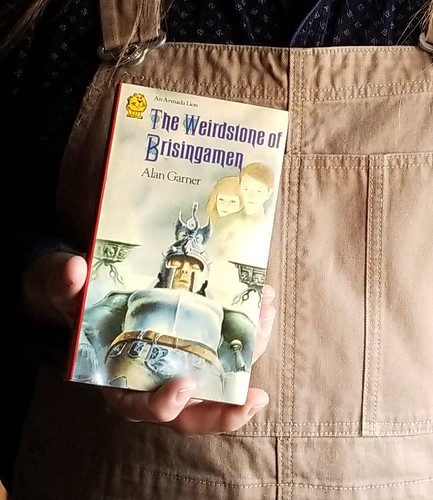 Garner's writing is dense in a way that a lot of contemporary YA is not, and it was actually a very refreshing read. I also liked his pacing: he takes his time. I do occasionally get frustrated with the idea that stories have to be all-motion, all-plot, all-the-time. This book opens slowly and gets more and more involving and faster paced as it goes, and by the time I got to the third act, I was turning the pages as quickly as I could. This is not a long novel, but Garner packs a lot into it. The book is pretty dense, and Garner's mythology seems to be more a blend of various elements like Celtic and Norse myth, rather than reflecting specifics of each.

I did find that the book's characterization isn't the greatest; if you're a reader who needs your characters to feel like "real people" with sharply-drawn personalities. I suspect that this is partly the style of the time; it didn't bother me all that much, really, and the characterization actually improves as more supporting characters arrive on the scene.