"Once more unto...unto the thing into which we go once more!" 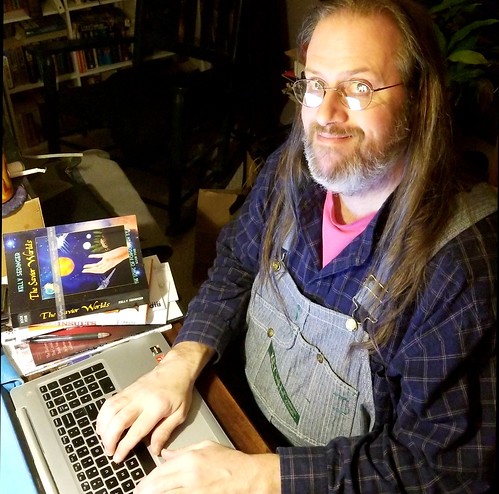 In other exciting news*, after a really long time not producing any new fiction copy, I have at last returned to drafting. It's time to get FORGOTTEN STARS V done. I decided some time ago to start drafting it on January 1, and start I did! I spent December thinking about the story and drawing up notes, because this series is now at a point where I really can't get away with "winging it" each time out, as I've previously done. With each previous volume I've had a vague idea of what I wanted to establish in each book, in terms of the larger story, but no more than that. However, in Book V we reach (and pass) the halfway point in the series, so it's time for me to figure it all out. Or at least most of it.

OK, I've figured out more than I knew before.

I'm actually considering drafting each of the next three volumes in succession, because I don't like the slower pace at which the books have been coming out. If that's what I end up doing, I'll likely be working in the FORGOTTEN STARS universe for the next two years. I've not spent this much time in one world of mine, all at one stretch, before, so we'll see how this goes. Wow!

As for my actual writing session, it went pretty well, considering I haven't actually written any new fiction copy in a long time. My last drafting was on Lighthouse Boy, Book II, which I had to set aside when I ran into a narrative rut that will require revision of Book I to untangle, and meantime, I really need to get the FORGOTTEN STARS series back on the front burners. After some hesitant initial typing, I got into the familiar rhythm again. It reminded me of this passage from Stephen King's On Writing: A Memoir of the Craft, in which he discusses coming back to writing after he finally achieved sobriety:

Little by little I found that beat again, and after that I found the joy again. I came back to my family with gratitude, and back to my work with relief--I came back to it the way folks come back to a summer cottage after a long winter, checking first to make sure nothing has been stolen or broken during the cold season. Nothing had been. It was all still there, still all whole. Once the pipes were thawed out and the electricity was turned back on, everything worked fine.

Of course, that's how it went today, and that's just Day One of writing what is always quite a long book. We'll see if I still feel the same when I have one of my inevitable days when I have no idea what's happening and I feel like the whole thing was always just a terrible idea and I'd be better off selling shoes. (Do they even sell shoes anymore? The way they used to? With people who measure your feet on the little thingie and disappear out back to find the shoes in your size? Is that a thing?) But for now, I'm off to a decent start. 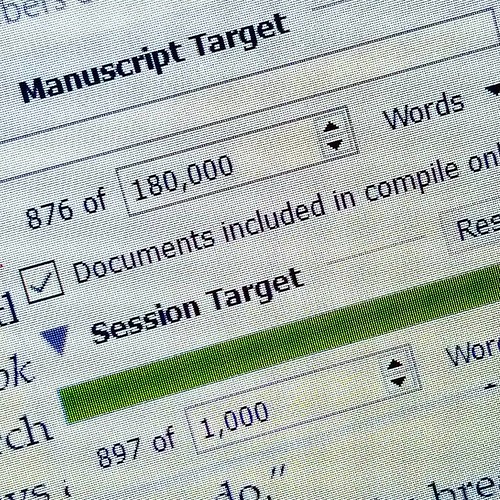 I want to get this book drafted by my birthday, which is in late September; so setting my goal at 180,000 words, this puts my quota at a manageable approximately 700 words a day. Of course, the story might enlarge in the telling, because...they usually do. Anyway, onward and upward! Zap! Pow!!

* Wait, I didn't even post the first exciting news yet? Sheesh! Look for that sometime Saturday. It's also about the FORGOTTEN STARS series....