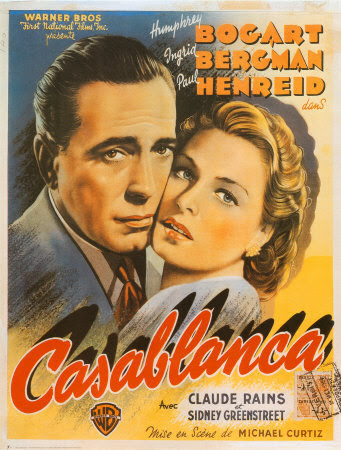 I haven't watched Casablanca in a while (checking the archives, it's been too damned long, actually), so I think I may rectify that pretty soon. 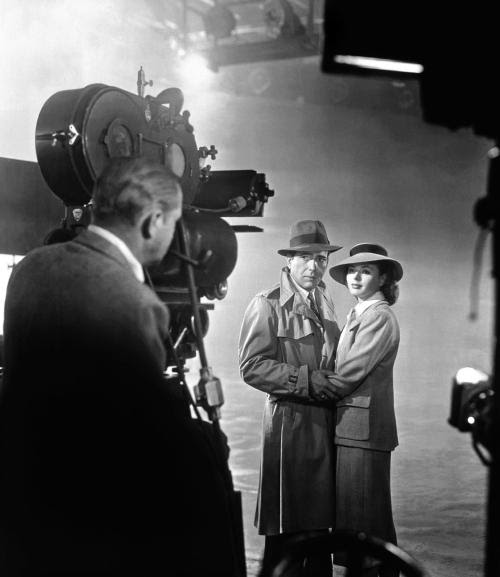 The making of Casablanca is so full of wonderful anecdotes that I kind of wish somebody would make a movie about the making of the movie. My very favorite is how close Max Steiner came to getting his way, and having the song "As Time Goes By" removed in favor of an original song. By the time producers were ready to pull the trigger, Ingrid Bergman had moved on to her next project -- and cut her hair to suit. It was not possible to get her back for reshoots with the right hairstyle, so Steiner just had to lump it -- and turn in a magnificent score with "As Time Goes By" weaving through it like musical cable, giving the score the structure and subtext it needed. 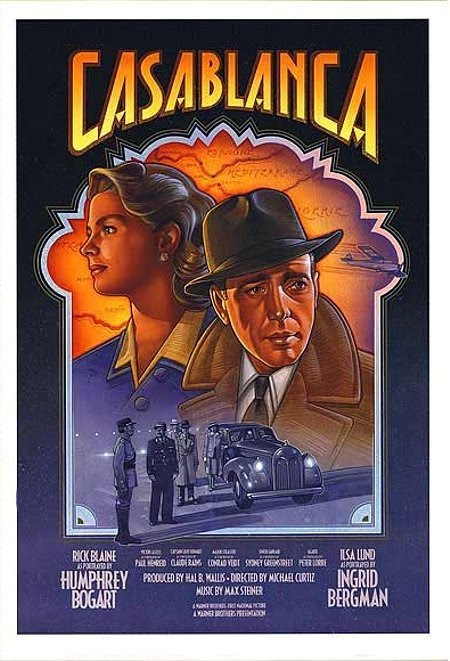 To think...I have a good sporting chance of being around for the 100th anniversary of Casablanca. Amazing.

And I think I know what I'm watching this weekend instead of football.... 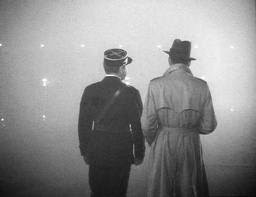 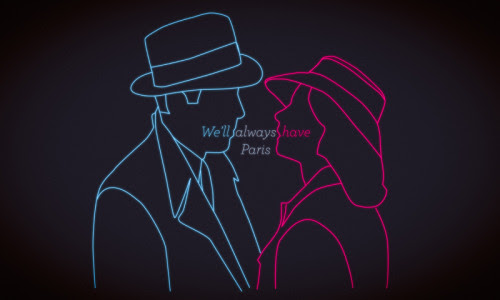 I need to watch this film every couple of months or so just to see if I still have all the best parts still memorized like that dazzling first scene with Peter Lorre.