Starin' at the Teevee 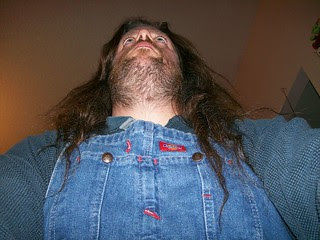 OK, we’re now far enough into the teevee season that I can opine a bit on the shows I’m watching.

Seriously: this season has been an absolute delight thus far. They could still screw things up, as the producers came scarily close to running the show off the rails last season, but starting with last year’s season finale, they really seem to have righted the ship in a big way. I love that the verbal flirting between Castle and Beckett has finally given way to an actual relationship between the two. I love that there’s still a lot of chemistry between the two, and that the writers are so far finding interesting ways to write for two people who are in love. I love that thus far there’s no hint of the dreaded (and overblown) ‘Moonlighting Curse’. And I love that the gradual way in which the supporting cast has found out about the relationship has (a) not been drawn out, Three’s Company style, over an entire season, and (b) has taken place in ways that make sense.

Plus, the episodes have been fun. They’ve had fun mysteries, a fun science-fiction convention show with all kinds of goofy easter-eggs and references to SF stuff (not limited just to a lot of Firefly in-jokes), and they had a heck of a thriller episode with the return of the X2K killer from a couple seasons back.

Most thankfully, the ongoing “Who killed Beckett’s mom” story is now at a logical point as well. I don’t think it’s resolved, because Beckett had nothing on the guy when she finally learned who he was, but she knows who he was. I do hope that this doesn’t give the producers an excuse to keep the plot stirring for another few seasons, but if it is going to go on a bit longer, I’m glad we’re done with the ‘peeling back more layers of the onion’ phase.

:: Also kudos to Person of Interest, which is absolutely riveting so far this season. I am loving this show more and more, and it’s getting to the point where it’s neck-and-neck with Castle as to what I love to watch most right now. PoI’s cliffhanger last year was really well done, leaving us not with Mr. Reese in peril, but rather Finch who was endangered, in a masterstroke that kept us guessing the first couple of episodes this year. We got to see some ‘fish out of water’ stuff as Mr. Reese had to work without his boss feeding him all the information he could ever want, and there have been some interesting developments in Mr. Reese’s background as well as Finch’s, and the background of The Machine.

And the show introduced a new character: Reese and Finch now have a bad-ass dog, which is comedy gold.

:: What of The Mentalist? I like this show less, but it’s been pretty good this year, too. The whole ‘Red John’ thing is still awfully long-in-the-tooth, and I do still wish they’d just have done with it. But one interesting thing they’re doing on that show is exploring more the mental toll the entire pursuit of Red John is having on Patrick Jane, who seems to be skirting the edges of madness more and more. I wonder if they’re moving him in a direction of insanity at some point. Still a good show.

:: Sitcoms? I don’t watch many at all anymore. The Office has become absurd to the point that I barely bother with it. New Girl has pretty much slid off my radar screen completely. Ditto How I Met Your Mother, and I’m sorry to say, Mike and Molly. I just haven’t bothered to this point, and don’t feel strong enough about them to get caught up. That leaves 2 Broke Girls and The Big Bang Theory.

I won’t lie: I mainly watch 2 Broke Girls because of my abiding love for Kat Dennings, and that’s really about it. It’s really not a very good show, but it does have one or two laughs per episode, and I still hold out hope that a show involving two young women trying to launch their own bakery business will, at some point, put Ms. Dennings into a pie fight. Hey, I can dream. (They’ve already had the other broke girl, Beth Behrs, dumping an entire bowl of cupcake batter over her own head. A pie fight can’t be far behind.)

As for The Big Bang Theory, wow, has that show ever been on fire this season. They’ve really focused on the comedy and not so much on the Leonard-and-Penny stuff, because I think they’re realizing that if those two are going to have a relationship, the show will never really work if they try to do it ‘Ross and Rachel’ style. There have been moments, but the show has really kept a tight lid on that relationship -- which allows them to focus more on the increasingly hilarious relationship of Sheldon and Amy. That’s where the comedy gold is on Big Bang, and the producers seem to realize this.

A note on Sheldon Cooper: I’ve seen comments occasionally online that basically argue that he’s just too big a jerk to watch on teevee. Here’s the thing: Sheldon is really a very unique jerk, in that unlike a lot of classic (and not-so-classic) teevee jerks (like Archie Bunker, or possibly Red Foreman, if he could be considered a ‘jerk’ at all), Sheldon has no idea that he’s a jerk. Most teevee jerks know that they are jerks and revel in it. Sheldon Cooper, on the other hand, is simply not wired the way everybody else is. He is completely mystified by social mores and understands none of them, which makes watching him like watching a learning process. When a regular teevee jerk ‘learns a lesson’, it’s usually a ‘very special episode’. Sheldon’s lesson-learning is literal learning: the guy has no idea how he’s supposed to behave, and what’s more, he can often put forth some kind of logical argument as to the silliness of the social convention he’s being asked to follow. This makes him kind of sympathetic, doesn’t it?

:: Finally: Once Upon a Time. We started watching this over the summer, having saved it up over last season in order to have something to watch in the summertime. This is a really vexing show. There are things about it that I just love completely, and the show’s entire conceit -- that there’s a town in Maine whose population consists of people who are literally storybook characters who no longer realize they’re storybook characters -- is a winner. And the cast is just fantastic, starting with Jennifer Morrison (whose hair makes me insanely jealous), Lana Parrilla as the Evil Queen (chewing the scenery with almost Shatner-esque verve), and the always-fantastic Robert Carlyle.

Once Upon a Time has a pretty good mythology behind it, and it does a great job with tying the fantasy stories in with the ‘realism’ ones. The dialogue is also pretty good, a lot of the time. My main problem is that a lot of the dramatic situations often seem forced, with certain episodes having characters do things that are so bizarre that it borders on being an outright idiot plot. There’s a lot of good here, but wow, there’s some stuff in Once Upon a Time that makes me want to smack the writers upside their heads.

:: Oh, the one new series that we tried and rejected was Elementary, the CBS Sherlock Holmes show. The pilot episode was boring, dour, and humorless. There was nothing about it that made us want to watch it again, so we haven’t.

And that’s where we stand with teevee right now. Anybody got any other suggestions for good shows that we’re not already watching?

I have great love for HOMELAND, BOARDWALK EMPIRE, and WALKING DEAD but I only watch them after saving up 3 or more episodes. It's hard to avoid spoilers but I need to watch shows like this in long stretches.

I will watch ONCE...after the end of this season and do me a marathon of the first two season. I have a huge crush on Ms Goodwin.

I totally agree with you about Castle, Person of Interest, and Big Bang Theory.

I recommend Grimm (NBC Friday nights) I'm not sure how easy this show would be to pick up in the middle. You might want to rent the DVDs (or find it online) and start from the beginning.

Still don't have cable? (No problem that's what DVDs are for right?) Haven (SyFy) is another science fiction series with a really interesting continuing story.

Agree on Elementary. Seems to me like the actors have some chemistry going, and it has way more potential than the writers offered us. I watched the pilot and haven't bothered to look for it since. The wife's really liking Arrow right now.

I wanted to try Elementary, asked Frank to get it for me with vague words, and he got me the English show Sherlock instead. LOVED it, so it turned out splendidly. You might enjoy it as well; it is witty, fast paced and smart. The episodes are awfully long (1h40 each), but there are only 3 per season, and only 2 seasons (6 eps in all).

We are also still watching Dexter, on its 7th season -- they have announced it will end after 8, so they are starting to open their cards, which is nice.

I wanted to try Elementary, asked Frank to get it for me with vague words, and he got me the English show Sherlock instead. LOVED it, so it turned out splendidly. You might enjoy it as well; it is witty, fast paced and smart. The episodes are awfully long (1h40 each), but there are only 3 per season, and only 2 seasons (6 eps in all).

We are also still watching Dexter, on its 7th season -- they have announced it will end after 8, so they are starting to open their cards, which is nice.