This weekend was the annual "International Overalls Weekend", which is an event that a bunch of us overalls afficionadoes online cooked up. It used to actually be "International Overalls Day", but I suggested that instead of always having it the same date, it be held on a floating date, such as the third Saturday of November, thus accommodating folks like me who have jobs with required uniforms during the week. This expanded out to an entire weekend.

Oddly, this weekend I only wore overalls one of the two days -- today, as a matter of fact. My newest pair, actually: a pair of black Carhartt's. 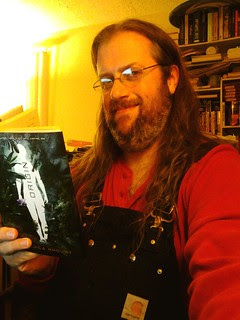 I'd never owned any Carhartts before. Not really sure why, although I've always found their buckling system a little odd. But that's not really much of a reason, so I finally took the plunge a while back and bought a real pair.

And they are awesome. Seriously. I love these things, even though they have little brass rivets everywhere (next time I fly I won't be wearing these through the metal detector) and even though these buckles take a bit of getting used to. 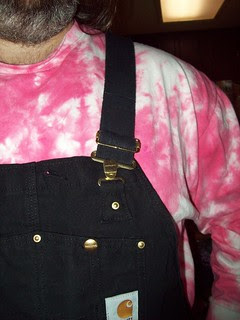 First of all, I like having an option other than blue denim. Second, from what I understand, unless you do things in them that are pretty brutal, Carhartts will pretty much last forever. And third, well -- these are really comfortable, even for being brand-new denim that isn't even close to being broken in yet. The only downside is that they're black...which is a problem when one lives with any kind of furry beast. The lint roller is a necessity.

So yeah, Carhartt makes a keen pair of overalls. I already want to get a dark brown pair, and I'm keeping an eye on eBay for a hunter green pair -- they don't make that color anymore, but it sounds really cool. I also find these a lot thicker and probably warmer than my other usual pairs, so these might get heavy wear during winter. We'll see. I do like to go out in winter with a couple layers under a pair of overalls, with a scarf around the whole: 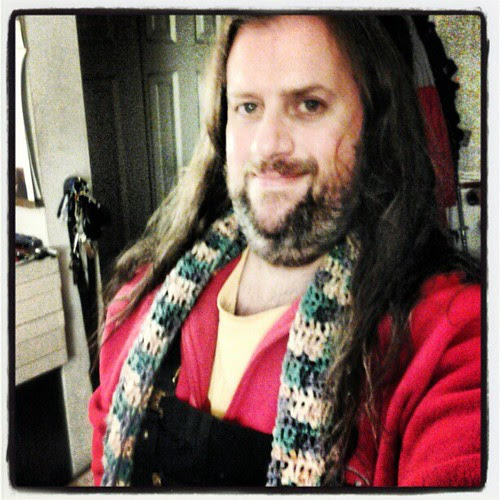 And I strongly suspect that the Carhartts will be my overalls of choice for whenever I next get hit with pies!

As for International Overalls Weekend, it was fun as always. In honor of the event I made a photomosaic consisting of some favorite photos of mine from my adventures in overalls since the last Overalls Day: 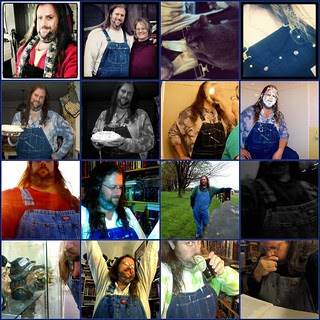 This whole post just made me smile.
My Dad used to work for a farm store and they had overalls that you would die for! :)

Have a good week.
~Naila Moon