I'm actually doing a reading challenge in 2012, called the "Classics Challenge", and hosted by the blog November's Autumn. The idea is to read seven works of classic literature, of which only two can be re-reads. (You can peruse my list of books here.) Then, on the fourth of every month, November's Autumn will post a series of prompt questions (first month here) to encourage people to post about their books.

(Side note: I'm seeing a lot of 'challenges' like this around Blogistan suddenly. Maybe next year I'll host one – a F&SF reading challenge, maybe? Something to think about...and I've got time!)

So, I decided to start my reading with Joseph Conrad's Heart of Darkness. Why this one? Well, among other things...it's short. I chose a mixture of book lengths for my list; there are a couple of short works mixed amongst a couple of doorstops. But why did I choose Heart of Darkness for my list, to begin with? Well...uhh...here's an embarrassing admission.

I thought I was choosing a different book.

I actually wanted to read that book where a bunch of kids end up stranded out in a jungle or someplace in the wild, and lacking adult supervision, they end up forming a kind of savage society. And I knew that Heart of Darkness dealt with folks who revert to savagery when they spend time in remote wilderness, so I briefly thought that they were the same book. I started Heart of Darkness on New Year's Day, and got about twenty pages into it before I realized that what I'd really intended to read was Lord of the Flies by William Golding.

Oh well. I was twenty pages into a short (93 pages) novel, so I wasn't going to stop. Heart of Darkness it was.

And I finished it three days later. One book down, six to go, and I'm only four days into the new year as I write this! Huzzah!!

So anyway, on to Heart of Darkness. 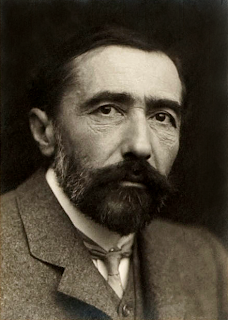 Joseph Conrad lived from 1857 to 1924 and wrote in English, despite the fact that he was a native of the Polish Ukraine and did not speak English until his twenties. Looking into Conrad's life, I was confused by this – but the history of the national borders of Europe is a messy one. The city of Conrad's birth is in the present-day Ukraine, but apparently at the time it was considered a part of Poland.

From what I read, Conrad tends to write his stories and novels in nautical settings, and Heart of Darkness is nautical as well, although the chief motif is not the sea but rather the river as seen from the sea, as a pathway leading inland, into a heart or sorts. Heart of Darkness tells a fairly simple story, plot-wise; four men wait on a boat at the mouth of the Thames for the turning of the tide, so they can sail back upriver. While they wait, they listen to one of their number, a man named Marlow, tell about another time he had to sail upriver: years before when he had been contracted by a Belgian trading company to go up a river into the heart of the Congo in search of another company representative, a man named Kurtz, from whom little has been heard.

Marlow's story is grim. He tells of the travails of getting a boat up that river, whilst contending with the savagery of the local population, savagery which it later turns out has been joined by Kurtz himself. Marlow encounters severe mechanical troubles, uncooperative trade company representatives, attacks by the locals, and the like until he finally reaches Kurtz, finding the man in failing health living in a camp surrounded literally by heads on spikes. Kurtz dies on the way back down the river, and Marlow must journey back to England and tell Kurtz's fiancee what has happened. She demands to know Kurtz's last words, and even though they were "The horror! The horror!", Marlow tells her that her name was the last thing he pronounced.

Heart of Darkness, for all its brevity, was a fairly tough slog. It consists of long, dense paragraphs of description of a dark, dank, muddy, hot place that is unpleasant in nearly all its particulars, and the small cast of characters consists of a largely unsavory lot. There really doesn't seem to be any mystery as to why Kurtz regressed to savagery; Conrad's answer seems to be that it is inevitable when one is so solidly sequestered in a place as dark, as grim, as the Congo. I found it difficult reading a book that treats the aboriginal peoples of Africa as nothing more than savages whose only function, storywise, is to provide a contrast to the civilized whites and illustrate the depths to which they can descend.

However, I'm not entirely sure that Conrad totally intended this. As the book closes, Marlow comments that the mouth of the Thames also seems to lead into a heart of darkness. So on the one hand, perhaps his racism is partly forgivable given the time in which he wrote; on the other, perhaps he doesn't see savagery as inherent in certain peoples of Africa but as something that lurks within all people. Certainly Marlow seems wary of the darkness that lies within his own country, and the darkness that he mind find there, lurking within his own heart. 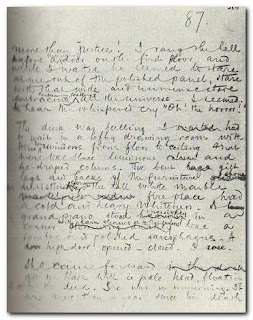 One other thing I plan to do during this Challenge in 2012 is check out filmed adaptations of the books I read (inasmuch as I can find relevant ones). The go-to film for Heart of Darkness is Francis Ford Coppola's Apocalypse Now, which transports the book to the Viet Nam war. I'll be posting about that something later this month (or early next).

I close with a quote:

Droll thing life it – that mysterious arrangement of merciless logic for a futile purpose. The most you can hope from it is some knowledge of yourself – that comes too late – a crop of unextinguishable regrets. I have wrestled with death. It is the most unexciting contest you can imagine. It takes place in an impalpable greyness, with nothing underfoot, with nothing around, without spectators, without clamour, without glory, without the great desire of victory, without the great fear of defeat, in a sickly atmosphere of tepid scepticism, without much belief in your own right, and still less in that of your adversary. If such is the form of ultimate wisdom, then life is a greater riddle than some of us think it to be. I was within a hair's breadth of the last opportunity for pronouncement, and I found with humiliation that probably I would have nothing to say. This is the reason why I affirm that Kurtz was a remarkable man. He had something to say. He said it. Since I had peeped over the edge myself, I understand better the meaning of his stare, that could not see the flame of the candle, but was wide enough to penetrate all the hearts that beat in the darkness.

My next book in the 2012 Classics Challenge is The Arabian Nights.

There is a movie version with Tim Roth and John Malkovich that I liked very much.
Both Lord of the Flies and Heart of Darkness are on my list for this challenge.

As far as confusing border movements go, Kafka is king there. Often thought to be German, he was Austrian, but probably considered himself Bohemian and now he would be Czech...

"It's not an adventure tale is it?"

I think you were thinking of "Lord of the Flies"

Anyway, I've read it, but it's been a long time. I think acquainting, or reacquainting, ourselves with the Classics is a very good thing.

Ummm, I have Heart of Darkness on my list of to be read books, but I don't think so. Thanks for well written and informative review. The book sounds too depressing to read this year. I know a woman from the Congo and she is a lovely light and color person.