[I've been away for a few days, enjoying some downtime away from work. Today I'm back to routine.]

:: I don't talk much about things "jumping the shark", although it's a pretty useful metaphor. My prime difficulty is that although I remember Fonzie jumping that shark on Happy Days, I was too young -- the episode aired days before my sixth birthday -- to recognize the Fonz's shark-jumping as the entire series's metaphorical shark-jumping. However, a few years later, my tastes had refined a bit -- not completely, but a bit -- and I was able to recognize a second moment from which Happy Days never recovered, in my eyes.

It's an episode where Potsie's got a problem: he's doing very poorly in school, specifically an Anatomy class, because he's failing left and right (owing, apparently, to the teacher's lousy methods or some such). He reaches the point of declaring his intention to drop out, but then his friends come to his rescue, finding a way to help him pass the test, which he does with flying colors. And how did he pass this exam on the human circulatory system? Well:

To this day I can remember thinking to myself, "Yeah, this show's pretty much done now." This aired when I was almost eight years old. O the wisdom I gained in those two years!

:: Seen on the shelves at a mini-mart near Ithaca, NY yesterday: 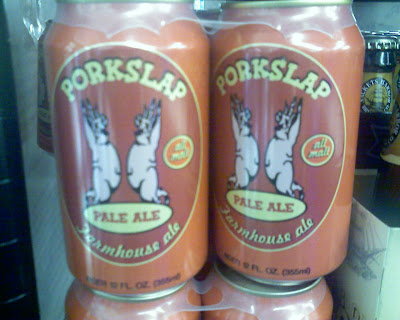 I know that the name of a product has little, if anything, to do with what it tastes like, but I am so not about to drink something called "Porkslap".

That's about all. I wasn't online as much this past week.
scrawled here by Kelly Sedinger at 1:20 PM

I think the trick is that you really can't tell if a "jump the shark" moment has occurred until later. Is it just an aberration or is a tipping point?

Let me tell you something bucko. As an agent I know what is good for your career.

Oh and skip around the room while you are doing it.