It's time again for my self-selection of the best stuff I've done here this year. Enjoy this trip down memory lane...or ignore it completely! I have no control over what you do, folks!

As always, some stuff took place as month-long 'festivals' of posting: Ask Me Anything! took place in February and August. In April I participated in a daily blogging challenge called A to Z. And I just made up a new one, Gimme a Title!, which is still ongoing.

I think I produced some nice bloggage this year, even if my output was actually down quite a bit -- according to Blogger (whose stats I have no reason to doubt), 2012 saw the second fewest posts overall out of all eleven calendar years in the books. (The lowest was 2008, when I actually took three months and stopped blogging entirely.) I'm not sure what to forecast for next year, but I'll note that my decline in posting here wasn't due to boredom or ennui, but because I was actually really busy with other stuff, such as producing a novel that is slowly grinding toward submission time. I am in no way bored with the blog at this point, so I plan to keep right on going!

And without further ado, here we go. 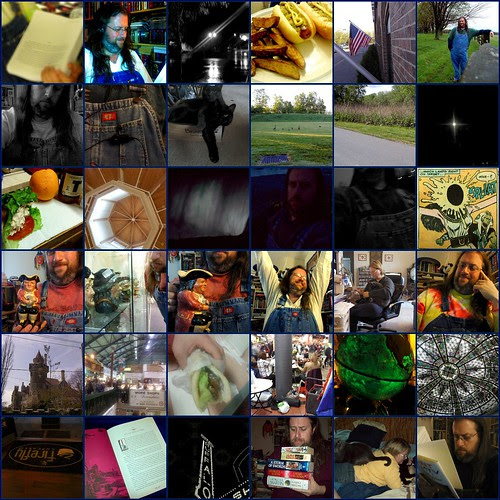 Ha ha, Brady lost the Super Bowl
Whitney Houston, alas
On Ten Years of Blogging
A story in which one of the cats pisses me off

Much of April's blogging was devoted to the A to Z Challenge.
An open letter to Castle
On the completion of the first draft of Princesses In SPACE!!! (not the actual title)
Lester Bangs talks to Dick Clark 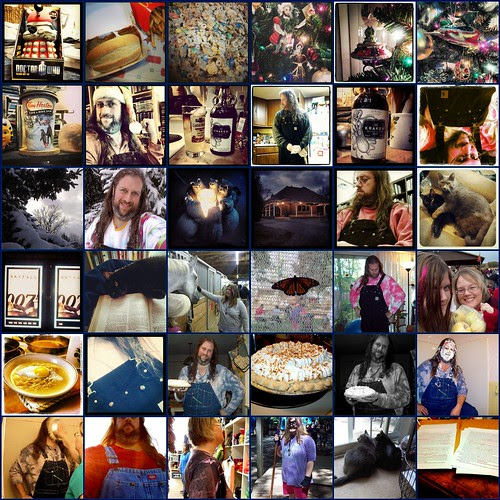 One of the worst pieces of writing I have ever seen.
Ernest Borgnine
Frozen Pizza: Mmmmm!
What editing looks like
A brief reaction to a mass shooting
More selections from the White House Flickr stream

F*** Chick-fil-A
I join the Tablet Generation
Sticking the Landing (on Mars!)
So say we all: Thoughts on Battlestar Galactica
Thoughts on 'Manbabies'
Another frozen pizza: Yummm!
The Many Faces of Monti Carlo

I didn't blog much in September as I was focusing on my first pass-through of the PRINCESSES manuscript. Most of that month's real content was answers to Ask Me Anything!, so see the link above.

On writing and productivity
In what's become an annual ritual, The Wife propels coconut cream pies into my face. Oddly, I enjoy this.
The Greatest Event in Television History
Joining the Instacrowd
On writing tools through the years
Memories of Weather
Darth Disney takes over the Lucas Alliance

More thoughts on Disney taking over Star Wars
An open question for Buffalo Bills fans
A salute to Mabel Normand, inventor-of-legend of the pie in the face
Cover art for Princesses (in my dreams!)
International Overalls Weekend, 2012 (Carhartt overalls are awesome!)
Being thankful
King Tut

Winter in the Southern Tier
What the heck is up with Star Trek these days?!
Grumpy Cat tells me how it is
How a local business irritated me and lost my patronage
How Superman's Butt Saved Christmas

Books I blogged about this year

Coming of Age in the Milky Way,
Timothy Ferris

Is Everyone Hanging Out Without Me? (and other concerns),
Mindy Kaling

Re-reading A Song of Ice and Fire,
George RR Martin
Preliminary post
A Game of Thrones
A Clash of Kings
A Storm of Swords
A Feast for Crows
A Dance with Dragons

The Wilder Life: My Adventures in the Lost World of Little House on the Prairie,
Wendy McClure

Across the Universe,
Beth Revis

Movies I blogged about this year

The Hobbit: An Unexpected Journey