:: For serious drinkers, the problem of how to keep the ice from melting too fast in the Scotch has been a thorny one for quite some time. The obvious solution is to minimize the surface area of the ice, which therefore leads one to conclude that the ideal ice shape is the one with the least surface area.

Behold: the ice ball! Apparently in Japan, in order to be a member of their national bartender's guild, you have to be able to carve an ice ball to order. Wow.

(I'll just stick with large cubes. A bit of watering down doesn't bother me all that much.)

:: Speaking of drinking, I indicated some time ago that I was officially adopting the Dark-and-Stormy as my signature drink...as in, if I'm James Bond, the Dark-and-Stormy is my vodka martini (shaken, not stirred). Problem is, I've just learned that I've been making this ginger beer-and-black rum concoction incorrectly. Here's how it's done:


That formulation really does make a better drink. 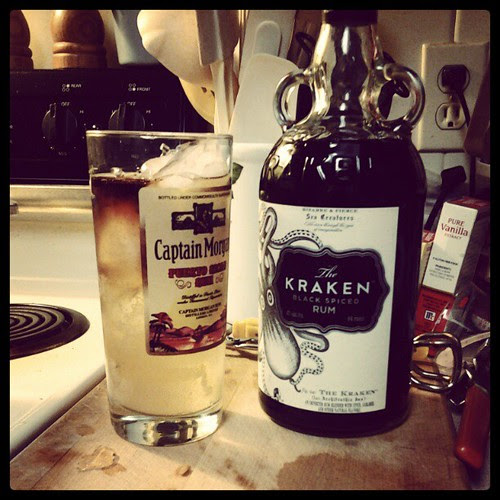 scrawled here by Kelly Sedinger at 8:57 AM