:: Twenty-two things you're doing wrong. I disagree on the item about cupcakes, right up front; since we started frequenting a local artisanal joint for all our cupcake needs, I've taken to just removing them from the wrapper, putting them on a saucer, and using a fork. A civilized cupcake deserves an elegant form of consumption, not some kind of weird 'How MacGyver would eat a cupcake' procedure!

:: Five reasons to kill the filibuster. I hate the filibuster in the Senate. Always have. I thought it was a dumb thing back in 11th grade when I first learned that such a tactic existed, and I've never changed my view. Not even when Democrats were using it to block President Bush's judicial nominations (although, to be fair, their hand was forced into it by repeated Republican changing-of-the-rules regarding judicial nominations). Nice, brief article about how bad, undemocratic, and frankly ahistorical it is.

:: Seen at Tumblr: I'm not sure I want to see Les Miserables as badly now. 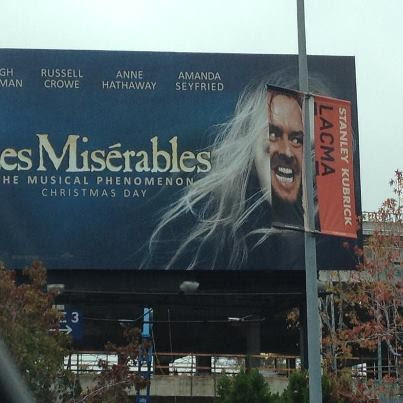 More next week!
scrawled here by Kelly Sedinger at 2:23 PM

The cupcake sandwich is actually a great way to do it. Kardell taught me that trick many years ago.

Cupcakes as a form of art are rare in the Philippines. Thankfully, there is always Krispy Kreme donuts. Cheers.