With new trailers for the new James Bond movie Skyfall hitting the Interweb this week, I turn my thoughts back a few years to Daniel Craig's first outing as Bond, Casino Royale. 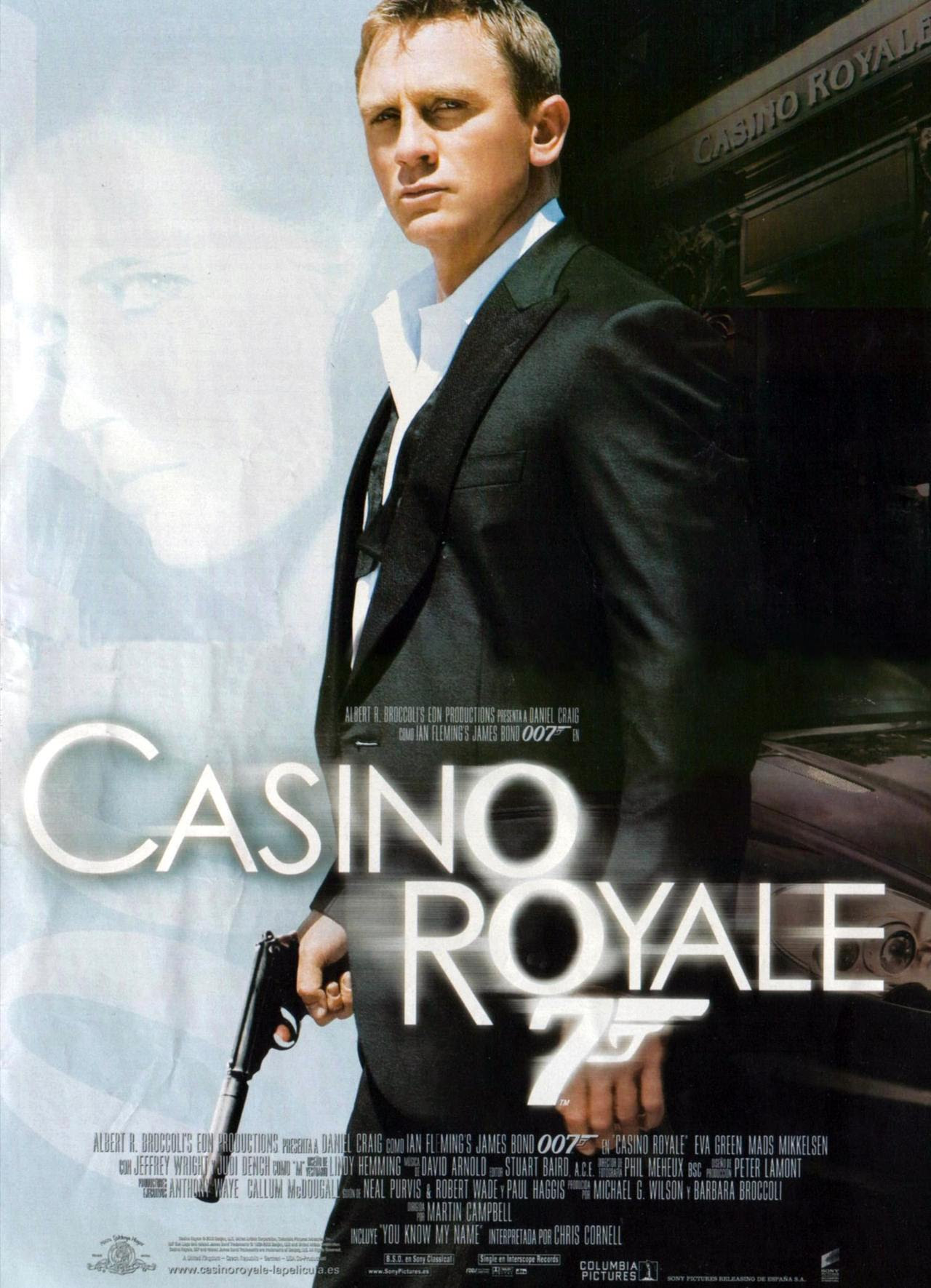 CR was extremely well made, and with all extremely well-made movies, it started with a very intelligent script that made its world seem downright real. Two examples of the movie's smart dialogue:

Early in the film, after James Bond (who, in CR, is a newly-minted Double-O agent) has had a mission go slightly awry (to the tune of an international incident), M (Dame Judy Dench) storms out of a meeting with Parliament or the Prime Minister or some such and unleashes this rant:

Who the hell do they think they are? I report to the Prime Minister and even he's smart enough not to ask me what we do. Have you ever seen such a bunch of self-righteous, ass-covering prigs? They don't care what we do; they care what we get photographed doing. And how the hell could Bond be so stupid? I give him double-O status and he celebrates by shooting up an embassy. Is the man deranged? And where the hell is he? In the old days if an agent did something that embarrassing he'd have a good sense to defect. Christ, I miss the Cold War.


That bit about missing the Cold War is pretty funny; from a spy's perspective, it probably is preferable to have a single, unflinching enemy. I'm reminded of an installment of the "Wayne's World" skit on Saturday Night Live years ago, when Wayne and Garth ticked down some reasons why it sucks that the Cold War ended. One of the items is "Spy stuff is less interesting", or as Garth puts it, "Yeah! Like who's James Bond gonna spy on, the Guatemalans?!"

Back to Casino Royale. Later in the film, after M decides to put Bond into a high-stakes poker game against a guy who is financing terrorists, in hopes of finding out who he is bankrolling. Bond's poker playing is funded by the British government, whose representative is the stunning Vesper Lynd (Eva Green). Bond and Vesper meet on the Orient Express, over dinner.

Vesper Lynd: [after discussing poker skills on the train] What else can you surmise, Mr. Bond?

James Bond: About you, Miss Lynd? Well, your beauty's a problem. You worry you won't be taken seriously.

Vesper Lynd: Which one can say of any attractive woman with half a brain.

James Bond: True. But this one overcompensates by wearing slightly masculine clothing. Being more aggressive than her female colleagues. Which gives her a somewhat *prickly* demeanor, and ironically enough, makes it less likely for her to be accepted and promoted by her male superiors, who mistake her insecurities for arrogance. Now, I'd have normally gone with "only child," but by the way you ignored the quip about your parents... I'm going to have to go with "orphan."

Vesper Lynd: All right... by the cut of your suit, you went to Oxford or wherever. Naturally you think human beings dress like that. But you wear it with such disdain, my guess is you didn't come from money, and your school friends never let you forget it. Which means that you were at that school by the grace of someone else's charity: hence that chip on your shoulder. And since you're first thought about me ran to "orphan," that's what I'd say you are.

[he smiles but says nothing]

Vesper Lynd: Oh, you are? I like this poker thing. And that makes perfect sense! Since MI6 looks for maladjusted young men, who give little thought to sacrificing others in order to protect queen and country. You know... former SAS types with easy smiles and expensive watches.

[Glances at his wrist]

Vesper Lynd: Beautiful. Now, having just met you, I wouldn't go as far as calling you a cold-hearted bastard...

James Bond: No, of course not.

Vesper Lynd: But it wouldn't be a stretch to imagine. You think of women as disposable pleasures, rather than meaningful pursuits. So as charming as you are, Mr. Bond, I will be keeping my eye on our government's money - and off your perfectly-formed arse.

Vesper Lynd: Even accountants have imagination. How was your lamb?


I hope that Skyfall is as smart.
scrawled here by Kelly Sedinger at 12:30 AM

"Christ, I miss the Cold War" is probably my favourite Judi Dench quote ever. She's brilliant as M.