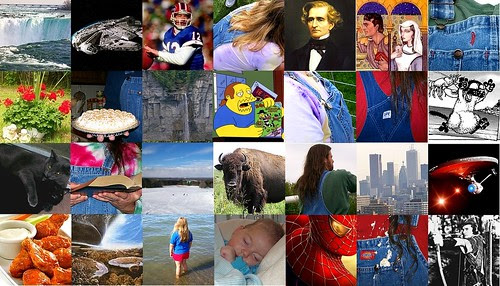 Rejected wallpaper for the Blog, originally uploaded by Jaquandor.

In the weeks before I returned to blogging, I decided to tinker with the template a bit, and one idea I considered was making a photo montage to suggest the usual themes of things I'm likely to post about or about me as an individual or whatnot. So I went ahead and made the montage, uploaded it, tested it...and nearly went blind, it made the blog so hard to read. I probably should have seen that coming, but there's the montage, if anyone's interested.

UPDATE: And then, I learn that I've used up my data transfer for the month. Ugh. I'll try to have things better around here later on.
scrawled here by Kelly Sedinger at 6:10 PM