There shouldn't be this much Nazi-related funny stuff in one day....

A church wanted to put an inspiring quote on its billboard. They found one. Problem was, it was a quote by Adolf Hitler. So they went back to the inspirational quote book used it anyway! 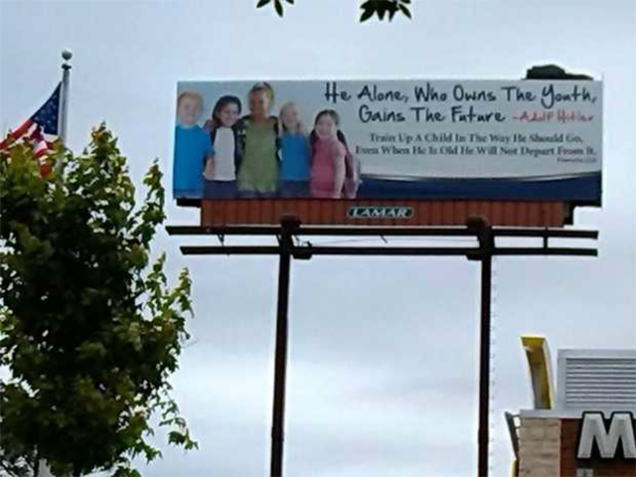 And they attributed it, right on the billboard! They didn't even leave themselves the possibility of saying, "Wait, we quoted who now?!"

Maybe I should go offline before I learn that Heinrich Himmler liked pie fights....

This obviously is not a Catholic church because the Jesuits have been saying something similar for years -- long before Hitler ever said anything. For that matter, Lenin said something similar too, but apparently they were smart enough not to quote him. Either that or... Let's be charitable and stick with my first theory.