Images from the Transit

The recent transit of Venus over the Sun yielded some amazing images. Here are some of them, from the Nasa Goddard Space Flight Center's Flickr stream (which is, incidentally, one of my favorite Flickr streams). 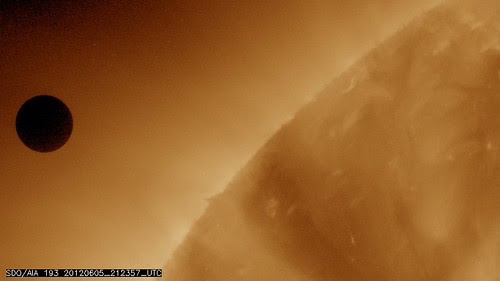 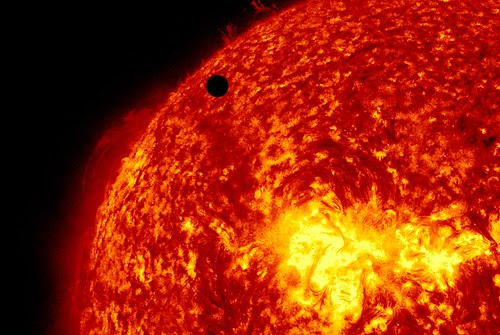 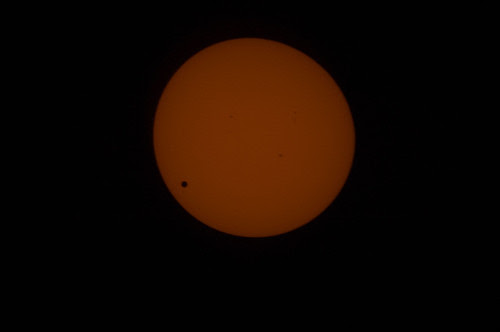 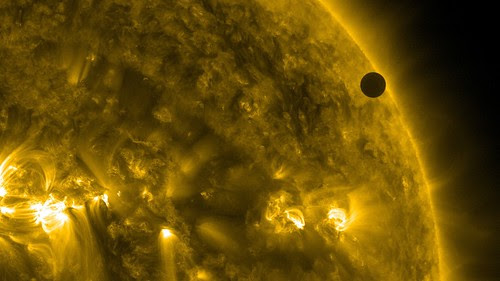 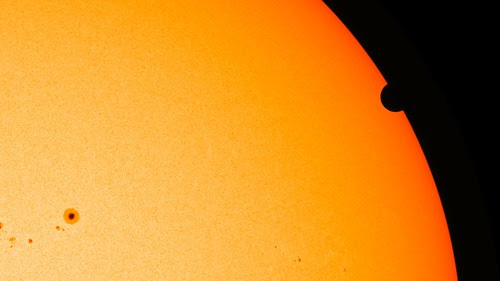 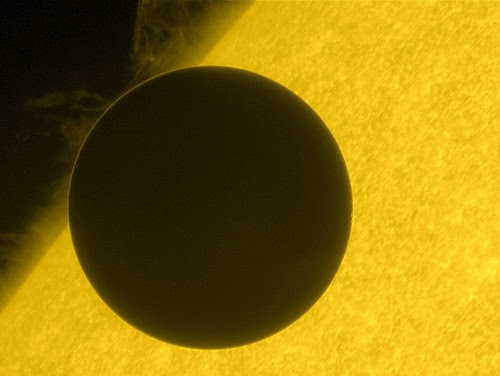 That last one is amazing...it's among the greatest space images I've ever seen.

After the transit, I tweeted to Neil DeGrasse Tyson that now I want to see images of an Earth transit, taken from Mars.

By the way, it's always helpful to keep in mind the sheer distances involved here. After putting in some values to this site, I find that to make things to scale, if we have a Venus that is 1 inch in diameter (well, 0.9909 inches), the Sun is a sphere nine and a half feet wide, and the two are .14 miles apart, or about 740 feet. Space is big, which is a large part of why these transits only come more than a century apart.