Last week I picked my mother up at the airport, and it was right after a rain storm had passed through. We don't get many rainbows in this area, so it's always exciting when we do! 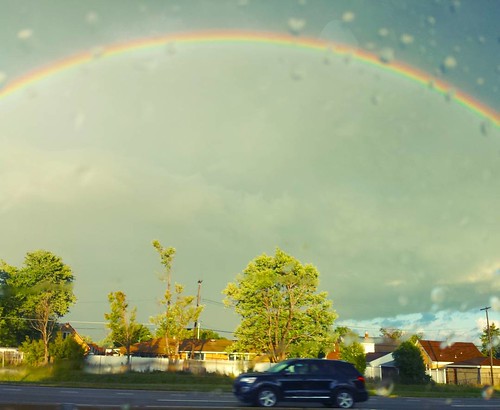 (I remember when we lived in the Portland, OR area, we'd see rainbows almost daily. Because it rained, well, almost daily.)

This weekend the World's Biggest Rubber Duck was in Buffalo. Yes, we went down there to see it. 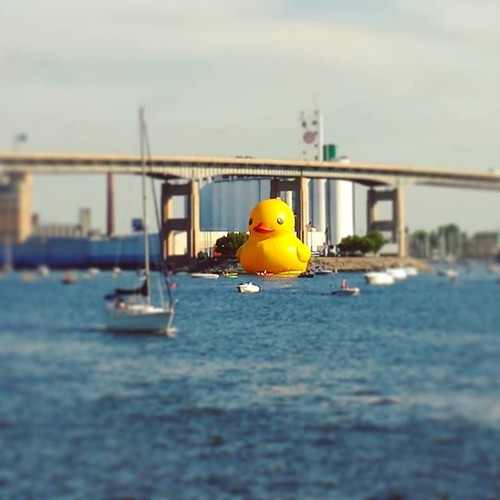 And yesterday the dee-oh-gee and I hiked through Chestnut Ridge to the Eternal Flame waterfall. I'd long wanted to see this, and now I have! It's quite a hike to get there, but very much worth it when you arrive. 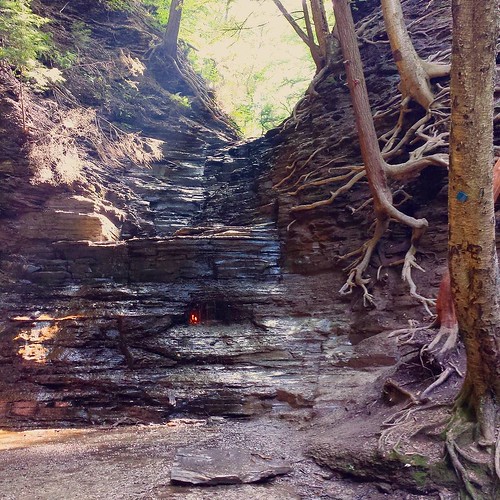 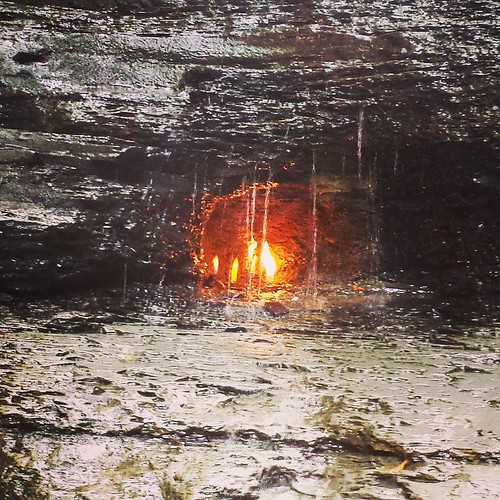 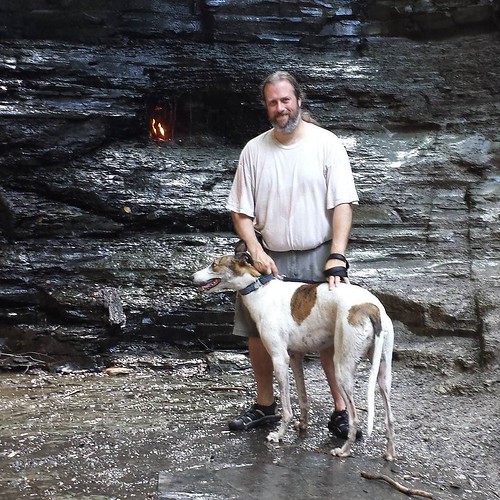 At the Flame, people generally take their turns stepping up and shooting photos and whatnot before departing so the next folks can do likewise. The group two "turns" ahead of me took extra time, though, so we had to wait about ten minutes. Their reason for taking extra time was justifiable, though: it was two couples, and the man in one couple had chosen this place to ask his girlfriend to marry him. Just as Cane and I arrived, he was dropping to one knee and she was doing the "OMG!" thing. Much smiling and laughing and crying and whatnot. Their other friends, who were in on it, broke out a bottle of champagne they'd toted in their backpack. It was all very nice, and we got to see the Eternal Flame.

Oh, and I've been writing, too. More on that another time!