Linkage and Stuff (with pies)

:: Oh my, I forgot about my new feature, Tone Poem Tuesday. Ugh! I'll really try to remember next week. In fact, I think I'll write some in advance. Meantime, here's an oft-featured favorite of mine, the gorgeous choral setting of Shenandoah.


:: Roger visited the Corning Museum of Glass. Oddly, I have never been there. How weird is that! A major upstate NY attraction, and I've never once been there.

:: SamuraiFrog begins telling the story of his own life. I look forward to this.

:: Sheila O'Malley on the Baz Luhrmann film of The Great Gatsby. I haven't seen the film, and I haven't read the book in many years (despite the fact that I loved it), but I'll generally read Sheila O'Malley write about nearly anything.

:: One of my favorite vloggers with a poem for women with a broken heart: 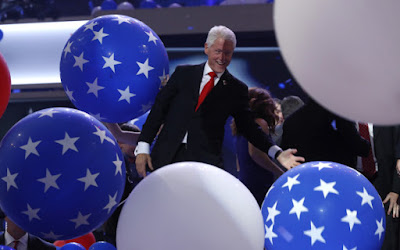 ::  A cat takes to the rugby field. The Internet provides the hilarity.

:: Finally, I recently did a favor for a friend who has enjoyed some of the "fantasy"-looking locales of parks in this region. She is a cosplayer, and she wanted some photos taken in costume in the fantasy-like setting of Chestnut Ridge Park, so I cheerfully obliged. The payment? A couple of pies in my face! Huzzah!


That's about all for now. Excelsior!

Email ThisBlogThis!Share to TwitterShare to FacebookShare to Pinterest
Labels: Lazy Linkage, Pie in the Face

But i enjoyed the CBS Evening News reporting the results this week, with the snark, "It's not OUR fault the results haven't been broadcast"

Who knew that Nightmare Moon had such diverse weaponry? Certainly not I.