My favorite cocktail is undoubtedly the Dark And Stormy, but the wonderful Mojito runs a very close second. Here's how I make them!

We start with some mint. Here I have eight smallish leaves, lightly crushed between my fingers and thrown into the mixing cup. 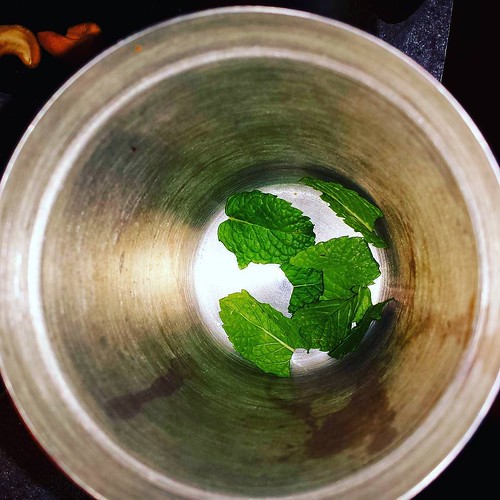 Next comes lime juice. For each drink I squeeze one lime, using this nifty squeezing hoodickey: 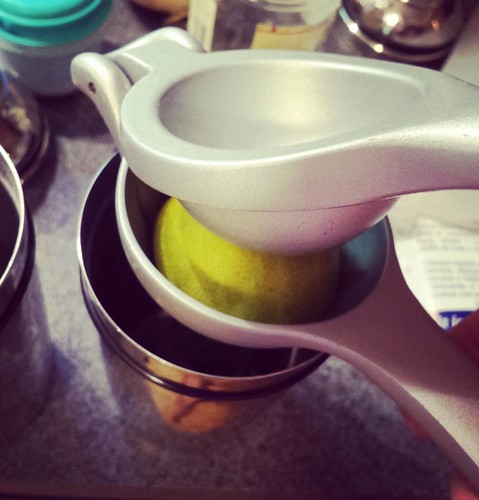 No, you don't need a fancy citrus-squeezer. You can stab the lime with a fork and squeeze it by hand.

Next, a tea spoon of fine sugar! The finer the better, really. I use a fine-grind turbinado sugar. Some recipes call for simple syrup instead, but I find that the granular sugar helps with the muddling. 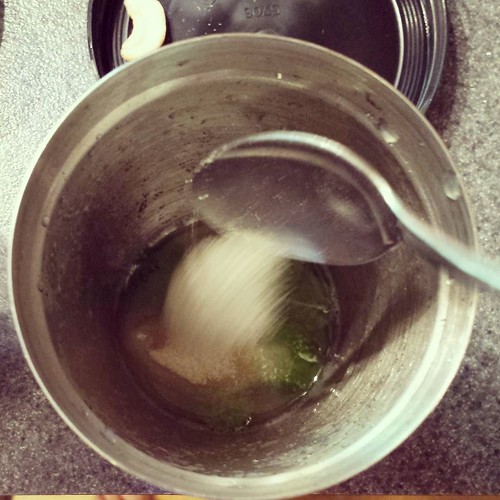 Then, we use the muddler! Yes, I have a muddler: 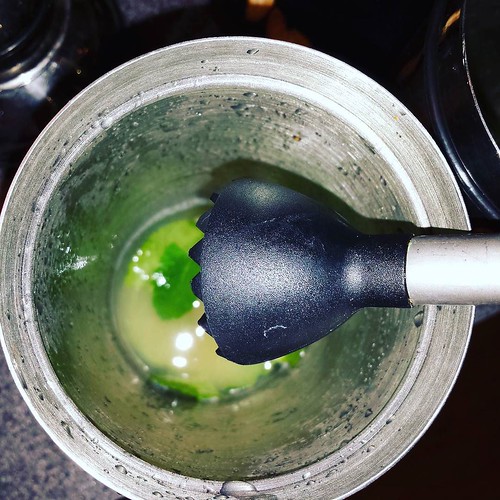 But you don't have to use an actual muddler. You can use a wooden spoon. The idea is to get down in there and crush the mint leaves, releasing their oils. 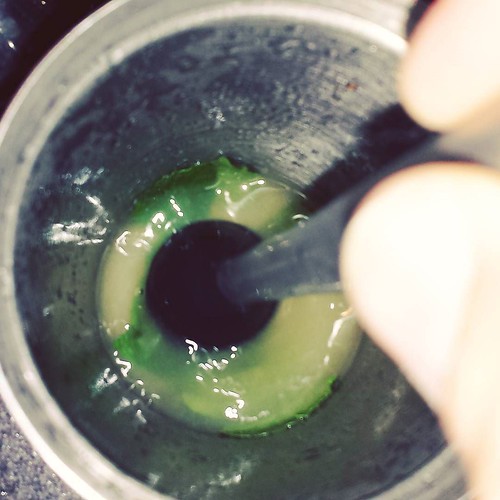 After that, you add rum! This is to taste. I sometimes use spiced rum; other times I use light rum, or gold rum, or even black rum. You can also use flavored rums if you like. Here I use spiced rum. Two ounces: both sides of a shot measure get filled and dumped into the mixing cup. 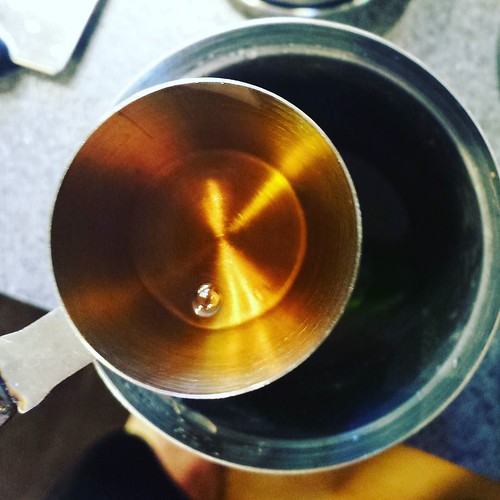 After this, you add ice: 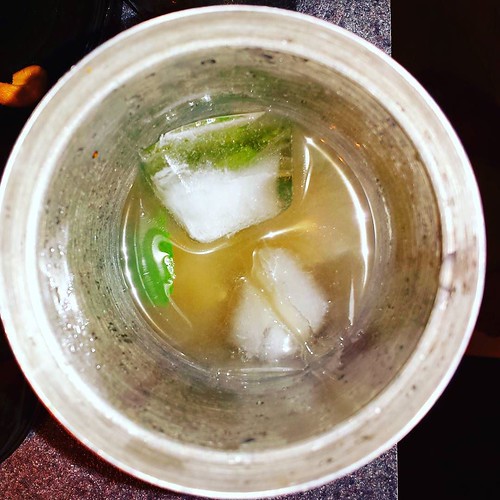 I use cubes because I'm generally too lazy to crush the ice. Either is fine, really. Most bars where I've ordered mojitos used crushed. Once the ice is added, put the top on your mixing cup and shake vigorously. You don't need a whole lot of shaking; just ten to fifteen shakes will do. Pour the whole kit-and-kaboodle into your waiting glass, and now add the final ingredient: club soda. 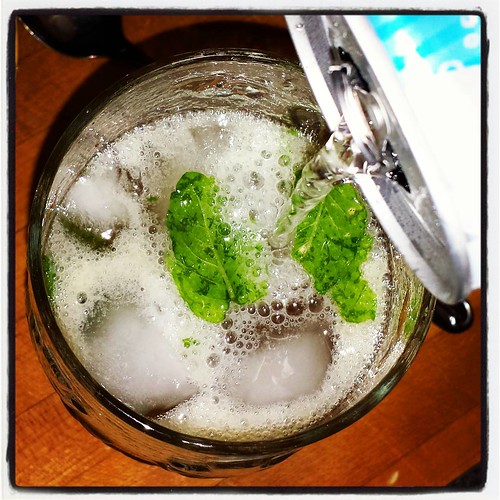 I usually make two mojitos at a time, so I evenly split the can of club soda between the two, and I like to first pour a bit of the soda into the mixing cup to "deglaze" it, rinsing out any sugar that didn't dissolve and getting some remaining lime juice and mint oils. Top off, add mint garnish if desired, and serve it up! 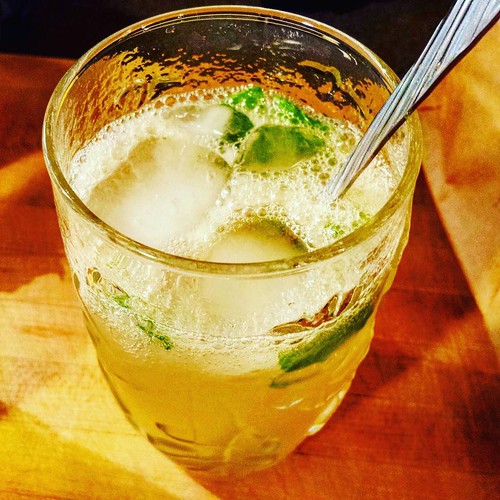 That's the basic mojito recipe. You can change it up by adding different fruit before muddling -- blueberries or strawberries work very nicely -- and you can change up the rums. I've considered making a mojito with a lemon instead of a lime, but I'm pretty sure that would be sufficiently different conceptually from the classic drink that I couldn't call it a "mojito" anymore. But there it is -- the mojito! Such a refreshing, wonderful drink for the latter half of summer, when the night starts to fall sooner but the heat lingers!