Oddities and Awesome abound! But no oddities today...just straight-up awesome.

:: Here's one of those stories I would never have thought to even consider as even being a story: a profile of Black Jack, the riderless horse used in many military funerals -- including, most famously, that of President Kennedy.

The Army made a full apology to the family involved but the family responded that the fire in that horse equaled the fire in the loved one they were burying. To them, Black Jack was a symbol of the life that had been.

So, his job was secured. From that day forward, Black Jack , with his famous white star, walked in over 1000 funeral processions and worked for 24 years. 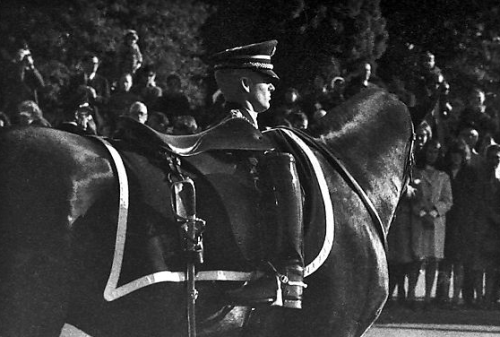 :: Another amazing story about one of our greatest musicians, and the instrument he's been using for nearly his entire career. It's the tale of Willie Nelson and his guitar, Trigger.

The guitar—a Martin N-20 classical, serial number 242830—was a gorgeous instrument, with a warm, sweet tone and a pretty “mellow yellow” coloring. The top was made of Sitka spruce, which came from the Pacific Northwest; the back and sides were Brazilian rosewood. The fretboard and bridge were ebony from Africa, and the neck was mahogany from the Amazon basin. The brass tuning pegs came from Germany. All of these components had been gathered in the Martin guitar factory in Nazareth, Pennsylvania, and cut, bent, and glued together, then lacquered, buffed, and polished. If the guitar had been shipped to New York or Chicago, it might have been purchased by a budding flamenco guitarist or a Segovia wannabe. Instead it was sent to a guitarist in Nashville named Shot Jackson, who repaired and sold guitars out of a shop near the Grand Ole Opry. In 1969 it was bought by a struggling country singer, a guy who had a pig farm, a failing marriage, and a crappy record deal.

Willie Nelson had a new guitar.

Forty-three years later—after some 10,000 shows, recording sessions, jam sessions, songwriting sessions, and guitar pulls, most taking place amid a haze of tobacco and reefer smoke and carried out with a particular brand of string-pounding, neck-throttling violence—the guitar looks like hell. The frets are so worn it’s a wonder any tone emerges at all. The face is covered in scars, cuts, and autographs scraped into the wood. Next to the bridge is a giant maw, a gaping hole that looks like it was created by someone swinging a hammer.

Most guitars don’t have names. This one, of course, does. Trigger has a voice and a personality, and he bears a striking resemblance to his owner. Willie’s face is lined with age and his body is bent with experience. He’s been battered by divorce, the IRS, his son Billy’s suicide, and the loss of close friends like Waylon Jennings, Johnny Cash, and his longtime bass player Bee Spears. In the past decade, Willie has had carpal tunnel surgery on his left hand, torn a rotator cuff, and ruptured a bicep. The man of flesh and bone has a lot in common with the guitar of wire and wood.

“Trigger’s like me,” Willie said with a laugh on a cool morning last April at his ranch by the Pedernales River. “Old and beat-up.” 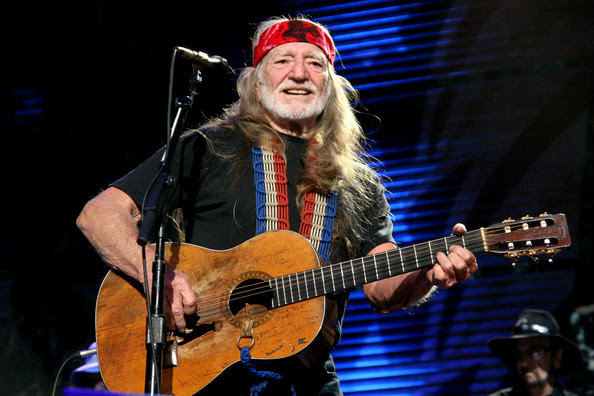 scrawled here by Kelly Sedinger at 11:16 AM