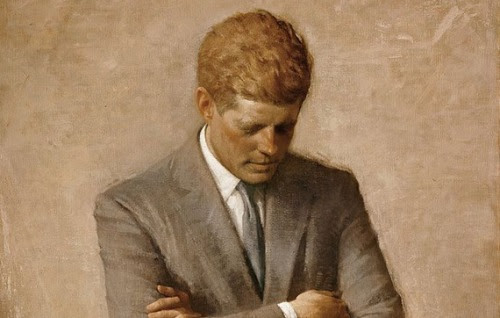 I was born a little less than eight years after President Kennedy's assassination, so I don't have any direct memories of that event. But the shockwaves that event has sent through time are truly amazing to behold, even to this day. I don't know where those shockwaves lead, but it occurs to me that our country is now run by people who grew up with the knowledge that a President could be violently removed from office. That's the kind of thing that colors the world in a way that we don't often realize.

Who do I think killed President Kennedy? Does it really matter?

scrawled here by Kelly Sedinger at 7:41 AM

Interesting how we are all intrigued and we can all talk about the Kennedy and Lincoln assassination but Garfield and McKinley meh.

Well, Kennedy's the one we remember because a lot of us were alive when it happened and we're all in the America shaped of that time. Lincoln, because of the historical circumstances of his Presidency. McKinley? He's not held in any particularly great light, I think -- he's just kind of "Meh", and his successor (TR) is seen as one of the greats, so McKinley gets overshadowed. And poor Garfield only served six months before dying, so his jury never even gets to convene.