Yup, everybody loves to complain about Instagram, the photo app that has turned everyone with a camera phone into a snooty nitwit who thinks that taking a quick snapshot and applying a filter makes them into photographic geniuses. Yeah, I thought that, too. But the thing is...Instagram makes taking photos and getting them onto Twitter, Facebook, Tumblr, and many other places ridiculously easy. I think that's the real attraction here: not the facile photos, but just how easy it makes it to get them out there.

I'm not going to be using it exclusively, because my heart of hearts still belongs to Flickr, even though it's...well, it's right out of the Web of 2006. But it's still more tailored to nicer photos, and I've got too many years invested in using it to just stop. Flickr isn't as easy to use as Instagram, but so what? It's not like it was ever hard to use. Viva la Flickr, says I! But also, given my 7-inch Samsung Galaxy tablet, I just can't turn down Instagram.

Below the fold are some of my first efforts using Instagram. 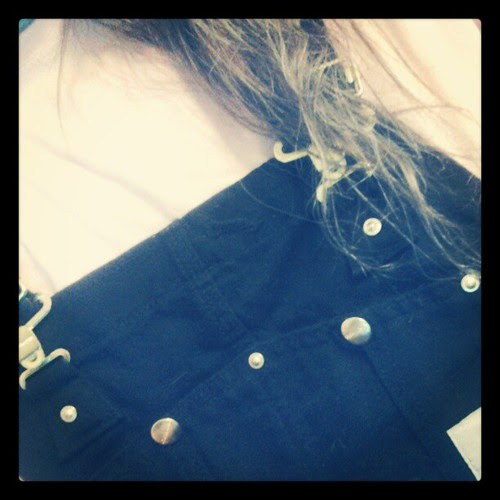 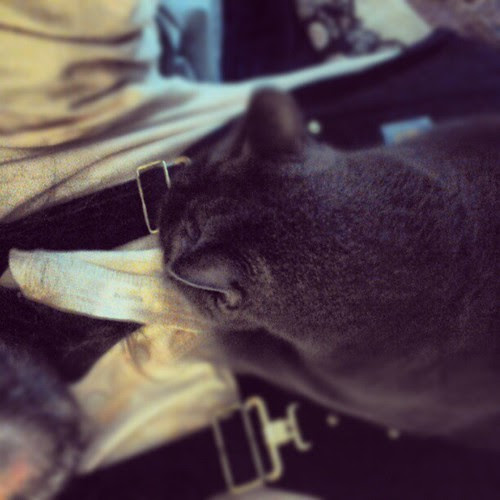 (Note to self: blog about my new Carhartt overalls one of these days.)

It turns out that ramen noodles with a fried egg is really pretty delicious: 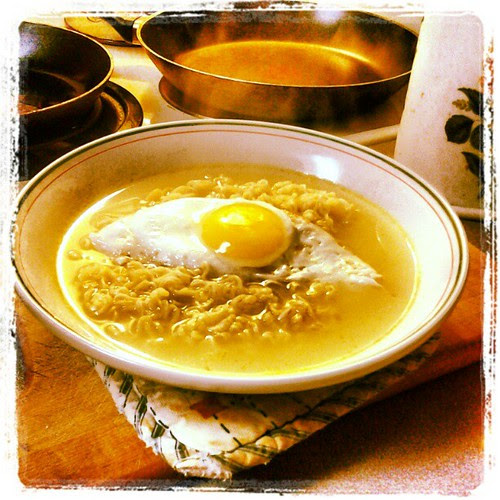 I've seen photos of ramen with an egg for years, right on the package, but never tried it. Yum!

We went to Pumpkinville the other day, and The Daughter took a nice photo of The Wife and I, which I Instagram'd: 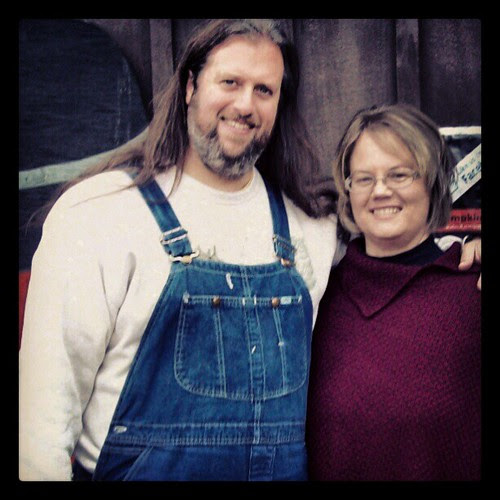 And of course, stuff on the Internet must have cats: 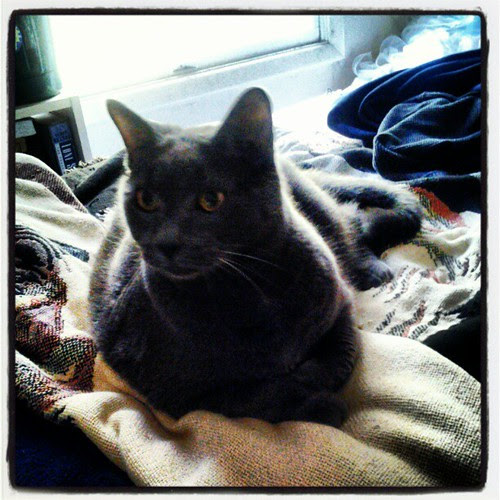 Finally, my very first experimentations with what Instagram-filtered photos looked like involved photos of my recent pieing. 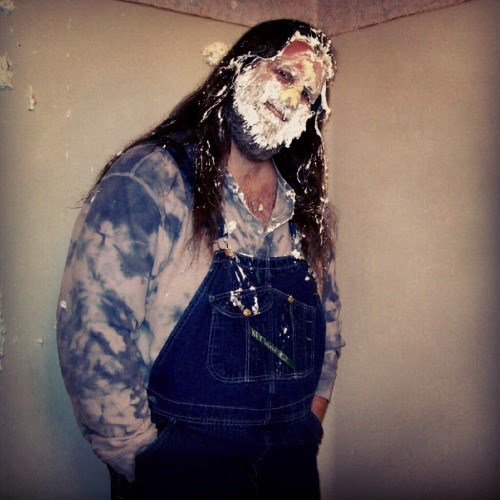 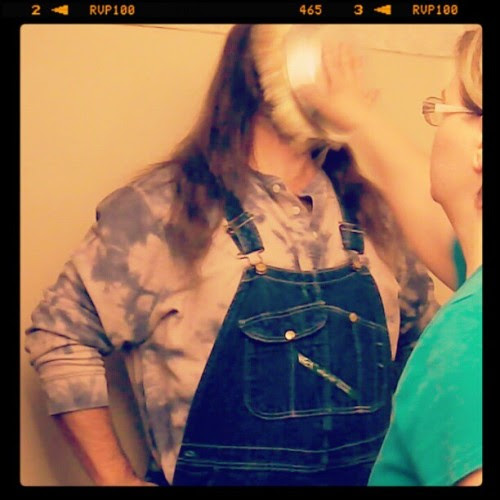 scrawled here by Kelly Sedinger at 2:30 AM

Email ThisBlogThis!Share to TwitterShare to FacebookShare to Pinterest
Labels: Overalls, Photo Posts, Pie in the Face

You're in with the In(stragram) Crowd.