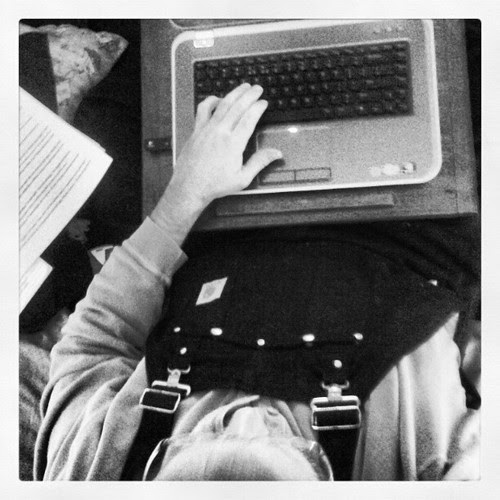 I said it would be a pretty short case of bloggus interruptus, did I not?

Anyway, I finished up my edits on the second draft of Princesses In SPACE!!! (not the actual title) last night, and I have already sent the draft out to most of the beta readers. Now begins the waiting for the feedback...which has me a bit on the nervous side, I must admit. I've never done the 'beta reader' thing; I've always just trusted my own instincts in editing the works and gone with them when I felt I was done. For this project, though, I'm going all-in with beta readers. Why?

Well, one reason is simple enough: I'm still an unpublished duffer, for all intents and purposes, so I'm hoping that there's some bit of process I can change that will increase my likelihood of producing a book that someone wants to publish. Perhaps the input of beta-readers, who might identify issues with the narrative or the characters to which I'm blind because I'm too close to the project, will help do the trick.

Another reason is also simple enough: even if this book, too, ends up as nothing more than a space-taker on my hard drive, I'd still like it to be read by someone. Sometimes I think there's a bit of romance in the idea of a writer who is long satisfied by just keeping a pile of completed works in the desk drawer, but there's more romance in having books on the shelves. There's also more money in it. Maybe not much, but more.

My main problem now is...what next! I'm leaning heavily toward actually participating in NaNoWriMo this year, because the timing has worked out perfectly: My decks are clear, project-wise, as November looms. And there's an idea that I've been kicking around a while (and even made a couple of false starts upon) that strikes me as perfect for the length of work intended by NaNoWriMo. The problem there is...November's still a week away, and I don't want to write nothing between now and then. So...who knows. I haven't done much short fiction in a long time, and right now I'm actually kind of devoid of short-fiction ideas. Who knows, indeed!

There's always The Adventures of Lighthouse Boy, but I think I'm going to put that one on the back burner for a while longer. I reached a point where I wasn't entirely sure of where the story was going, and I needed to focus on editing Princesses anyway. Lighthouse Boy would be an even longer book, most likely, than Princesses, so it would be spectacularly ill-suited to NaNoWriMo, and in any event, I'm thinking it might be wise to hold off any new long-form projects until some feedback on Princesses comes through. Just in case the unanimous opinion of the beta readers is along the lines of "Yeah, dude, we love you and all, but you gotta rewrite this thing from the ground up." So Lighthouse Boy will remain kicking around the back of my head probably at least until some time in December.

And then, there's the sequel to Princesses, tentatively not-actually-titled Princesses Still In SPACE!!!. When I finished the first draft, I had zero idea as to what would transpire in the second book. (Yes, I've envisioned this is a series, with as many as nine books, if The Gods are with me.) Wouldn't you know it...the story for Princesses II started displaying its rough shape to me over the last week or so. At least I have that going for me, which is nice.

So that's where things stand, writing-wise. As ever, onward and upward! Zap! Pow!!
scrawled here by Kelly Sedinger at 7:53 PM