Here's some stuff I've been meaning to link but...haven't. Enjoy!

:: SamuraiFrog, always a fine writer, has been on something of a tear of late. I'll highlight two recent movie reviews of his: Blade Runner and Red Dawn. I don't totally agree with his assessment of Blade Runner, a movie which I have to assume, at this point in my life, just isn't ever going to cross over from 'movie I admire but feel little emotional connection with' to 'wow, I love this'. But he brings quite a few good insights into the movie.

As for Red Dawn, I'm in total agreement. That movie is crap on toast and always has been; I've never understood why it's a quasi-classic for a lot of people. Aside from the fact that it's basically right-wing action pron, that is.

:: In keeping with my long-professed fascination with photos of American Presidents in moments that aren't the most Presidential, here's Gerald Ford with soccer star Pele. 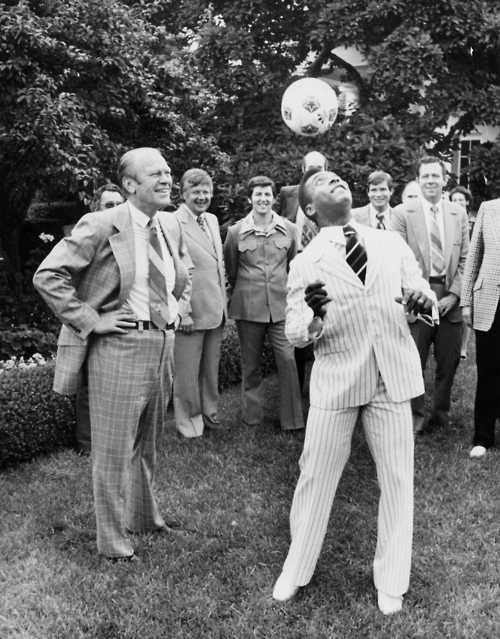 :: I am generally able to be forgiving of media from decades past, in their reflection of prevailing views of their day toward matters like race and women, but I have my limits. Witness Retrospace's exploration of men spanking women in comic books from yesteryear. Ye Gods, this is stunningly creepy stuff.

:: It's odd how, in some cases, "Hey, it's been X years since Y happened!" can make me feel old, and in some other cases, it just makes me say, "Huh. Been a while, eh?" The fact that Cheers first aired thirty years ago? Not sure how that makes me feel. But really: wow. Anyway, Ken Levine reflects on that first night.

:: Wow, why do I mess around with that stupid egg separator?


:: From time to time, Sheila O'Malley posts commentary on her iPod 'shuffle' results. It always amazes me how she manages to say something insightful about every song she hears therein.

:: John Scalzi on Mitt Romney as a person. I tend to agree, although my feelings are a bit more negative. (Not 'OMG I find this guy to be a loathsome turd' negative, but...if Romney was my Mayor, or maybe something else like that, I'd probably be OK with it. In fact, given my general lack of good feeling for the current Mayor of Buffalo....)

:: Lynn links a piece of music by a modern composer with whom I am unfamiliar. Go and give it a listen -- it's interesting and good!

:: Finally, he's me with the sun shining over my shoulder. Just like the John Denver song! 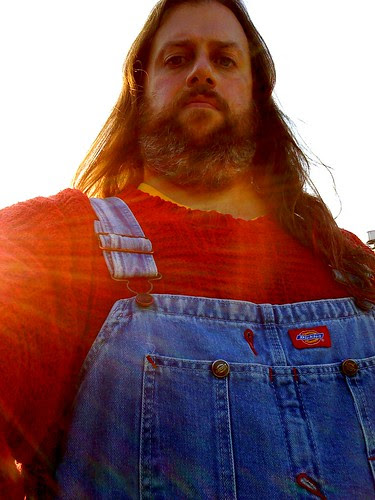 Red Dawn-yeah, it's crap. Can't believe it's being remade.

Spanking-wow there were a lot of images there. Never knew it was so prevalent.

Red Dawn came out when I was in 7th grade. I thought it was crap at the time, but I did know other kids who were genuinely afraid of having to face that sort of situation on any given day. That's the best thing I can say for it, that some scared children could relate to it in its very paranoid and irrational time. To remake it today is inexcusable.