First things first: it's not a bridge. Also, I am quite literally the only person who calls it the Dumas Bridge. 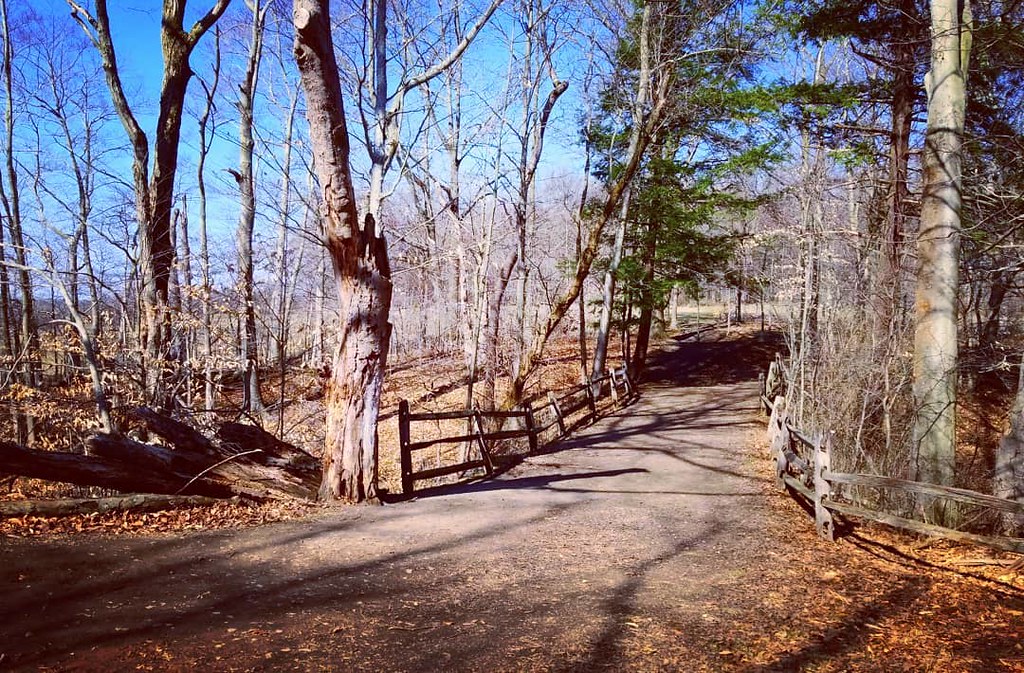 One of my favorite locations for nature walks in my neck o' the woods is Knox Farm State Park. This park is located in East Aurora, NY, and it constitutes the house, stables, farm buildings, and grounds of the old Knox Estate. The Knox family was, for a time, one of the richest families in the region (if not the richest family in the region). Seymour Knox was one of the founders of the famed Woolworth Company, the chain of five-and-dime stores that used to be prominent in American retail. Other members of the Knox family were high-ranking bank officers, and Seymour Knox III was the first owner of the Buffalo Sabres.

I honestly don't know where the Knox Family has gone since then. There may still be Knox descendents in the area, but if there are, they don't seem to be nearly as eminent in the community as they were "back in the day". The family's old country estate has since become a park, first a local park, and later part of New York's State Park system.

Knox Farm is itself a wonderful place, with the feel of an old English estate: the main house still stands and before COVID was the site of many wonderful events, including a craft sale where I used to go Christmas shopping each year. But there are also the outlying woods, surrounding the estate, through which well-maintained trails run. Walking in the Knox Farm woods is always a peaceful return to nature, and while there's enough variance in the topography to make different parts of the park feel differently from one another, it's not at all a demanding place to walk, like some of the other local nature parks located in the hillier regions.

I'll say more about Knox Farm in a future post, but for right now, I single out a single spot on one of its many trails: 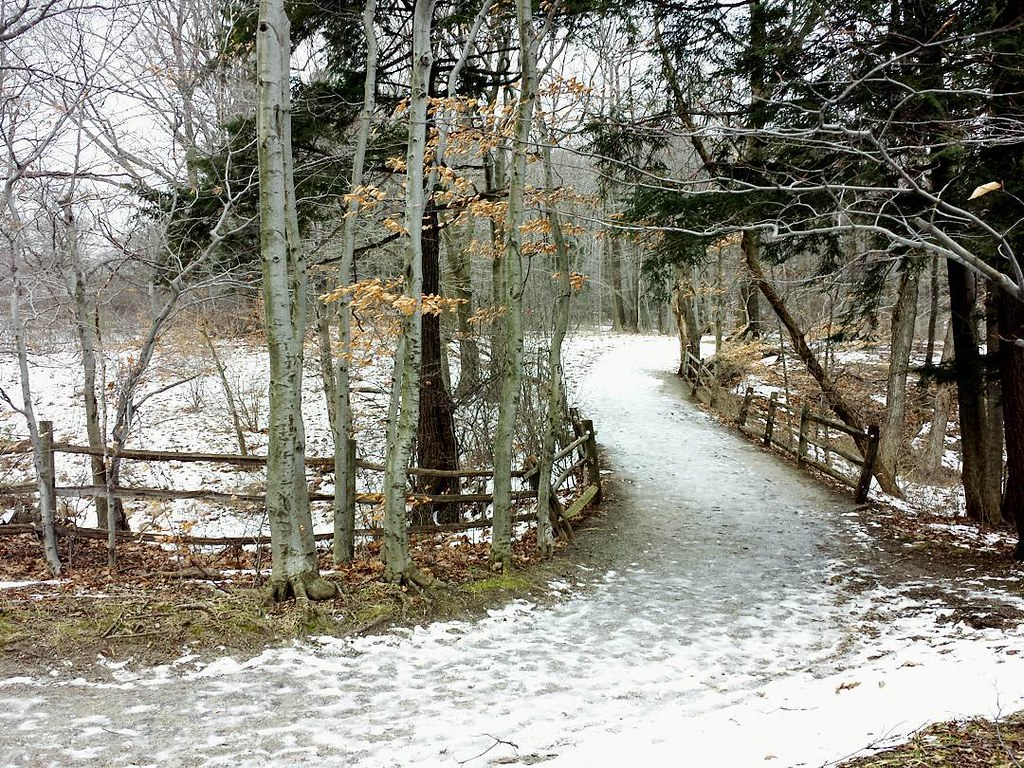 It's not so much a bridge as an earthen embankment build to allow transit over a narrow bog through which the higher meadows drain into the lower ones. A culvert runs beneath the "bridge" to allow flow, but it's not like there's a stream there, just a slow occasional flow of dampness. Instead of a drop on either side, like you might expect from a bridge, there's a slope, so if you jumped you'd roll about six feet down on the northern side, and maybe ten feet on the southern side. The worst that might happen is a sprained ankle and you'd get muddy.

So no, it's not much of a bridge. But it has wooden fenceposts on either side that are of particularly rustic construction, and between those posts, and the fact that the bridge is far away from any visible buildings on the estate, and the wooded path that approaches it with its gentle S-curve, the bridge seems to me to always feel like something from a much earlier age. In fact, for me it suggests something quite specific: this bridge looks like a location out of The Three Musketeers, which is why I call it the Dumas Bridge. Every time I am here, I imagine our heroes--Athos, Porthos, Aramis, and D'Artagnan--galloping around the bend and over the bridge on their way to thwart some scheme of Milady de Winter or Cardinal Richelieu.

Or perhaps D'Artagnan and Constance meet by moonlight on the bridge, for a secret tryst. Or perhaps Milady's agents meet on the bridge by torchlight to exchange secret information.

Who knows...but it's nice to have an imagination that I can bring to bear on my walks in the woods. I could as well think of this place as the Alexander Bridge, imagining Taran and Eilonwy and Fflewdur Fflam crossing the bridge on one of their adventures. Or maybe there's a place like this in The Shire, a place in the back woods that Frodo, Sam, Merry, and Pippin pass as they make their way in secret to the Old Woods and Bree beyond whilst evading the mysterious Black Riders.

Or maybe young Aeric Seaflame finds a bridge like this on one of the back roads of Frobish Forest as he flees the agents of Lady Perris Winterborne...but to learn about that, you'll have to wait until I finish writing the book in which those exploits take place.

For now, we'll stick with Dumas. 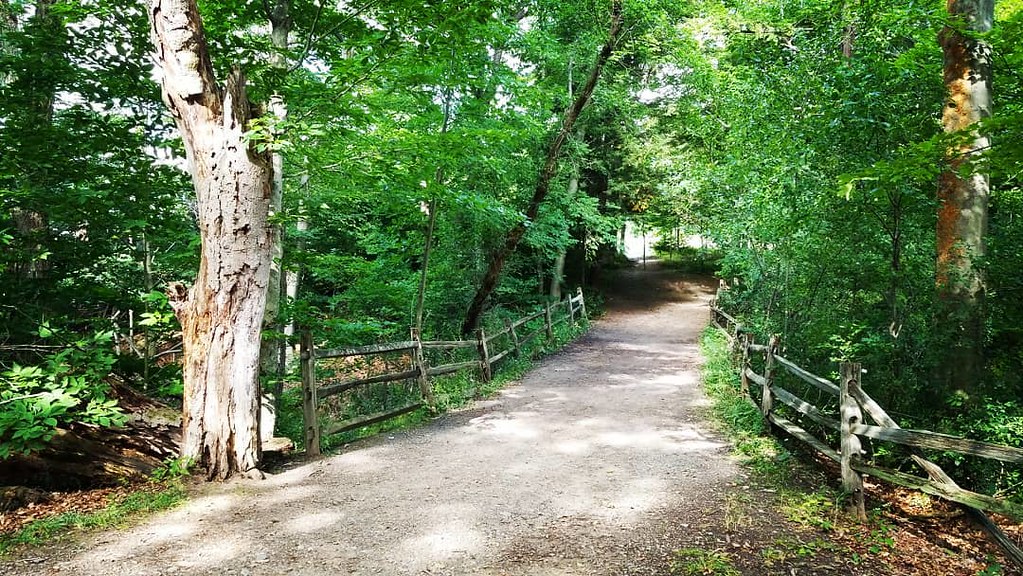 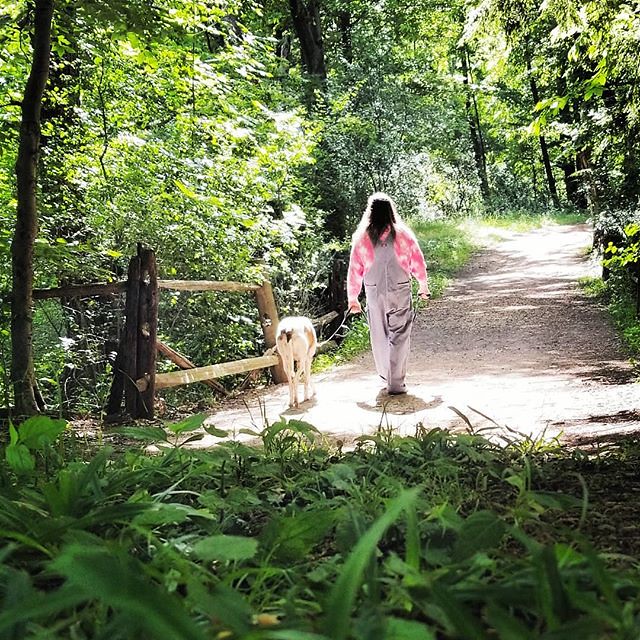 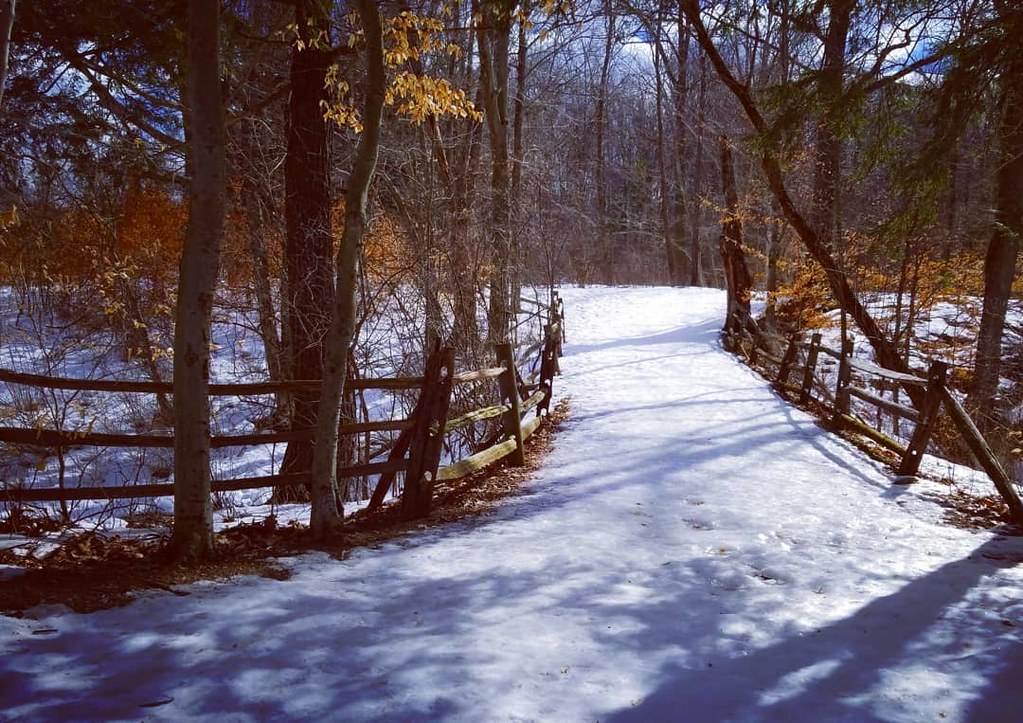 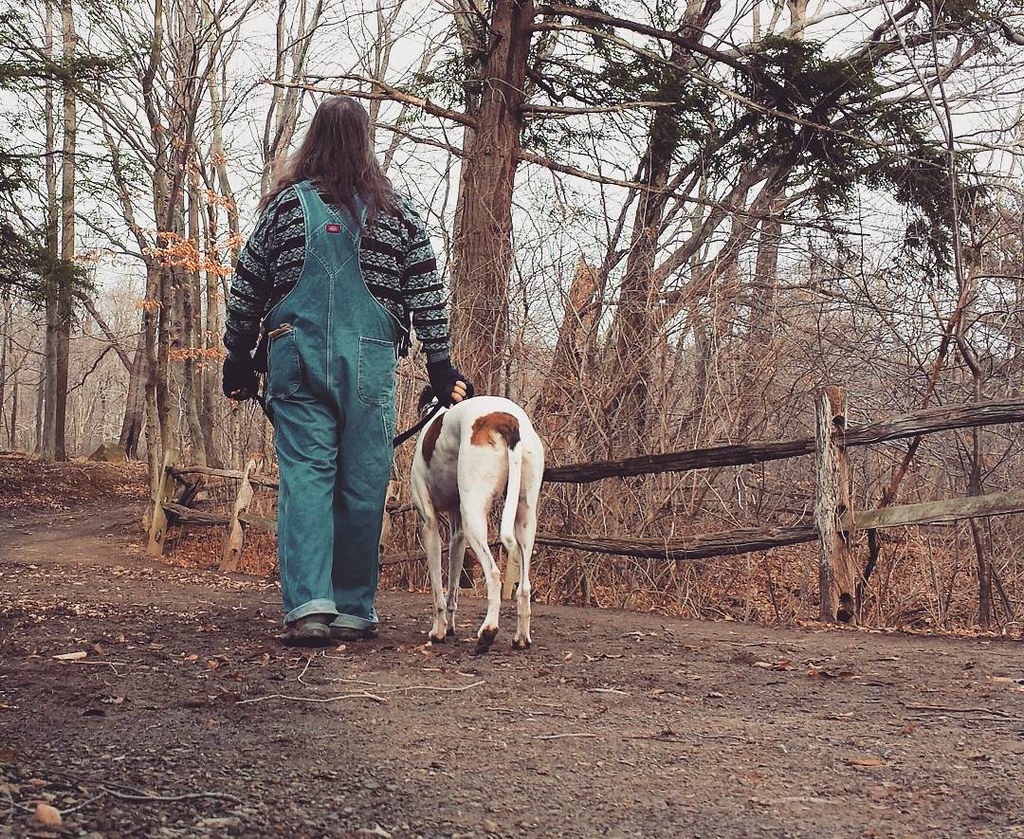 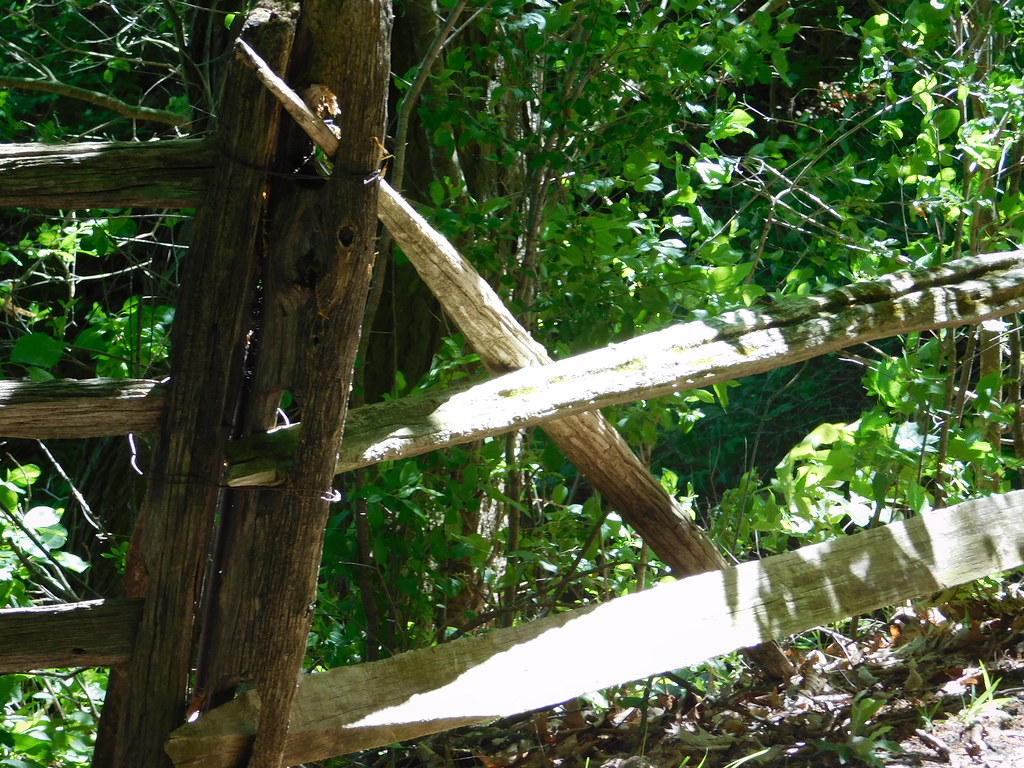 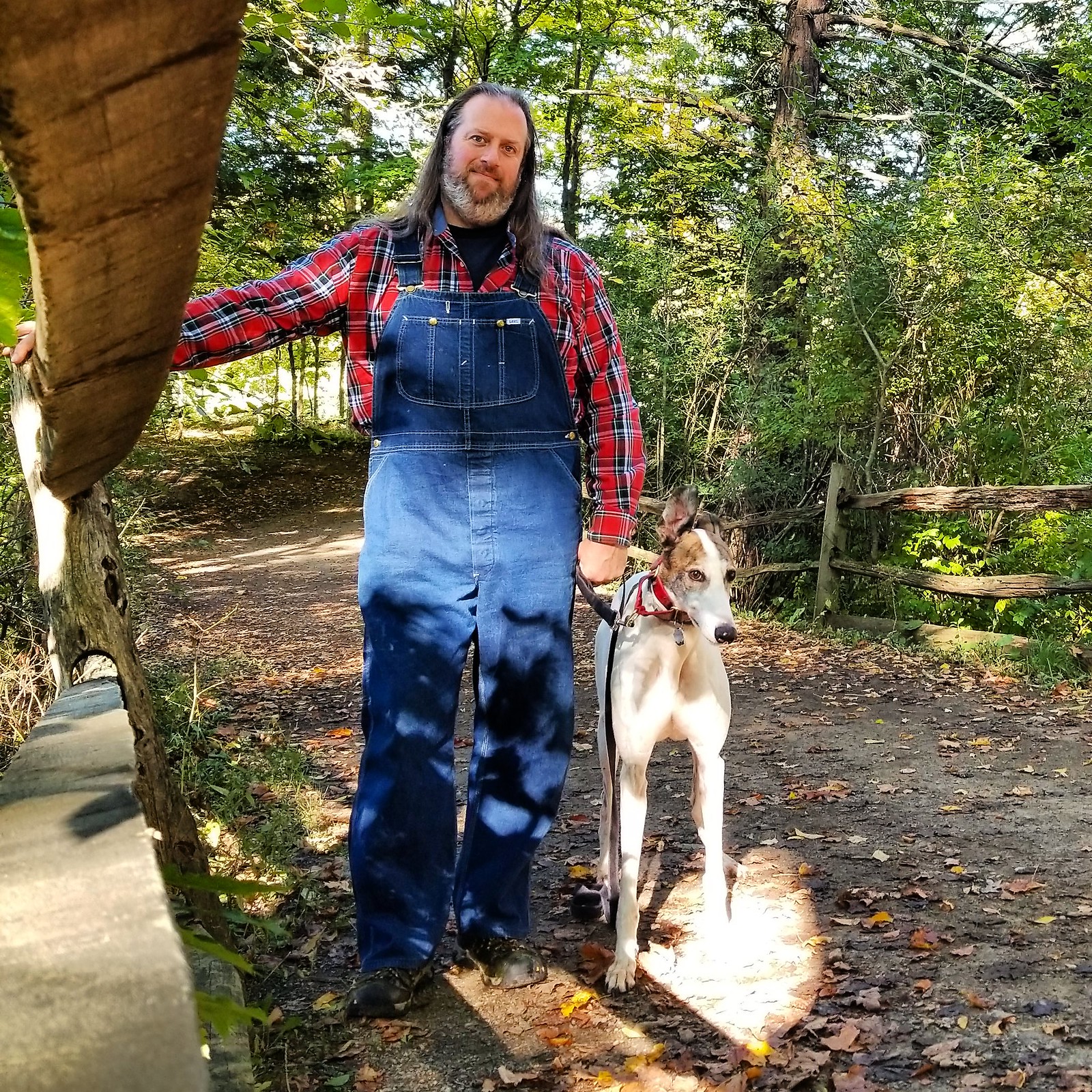 All for one, and one for all!