I'm not going to lie, folks: it feels different this year. But this is still America and it's still my home.

Happy Birthday, America. (Even if my current relationship status with you is set to "It's complicated.")

But this is still America and it's still my home.

But this is still America and it's still my home.

Because this is still American and it's still my home.

Happy birthday to the red, white, and blue. 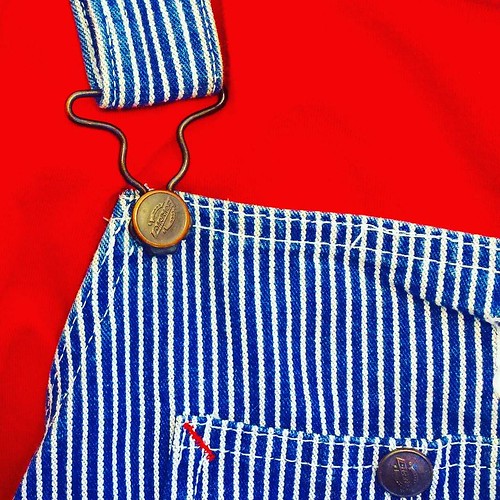 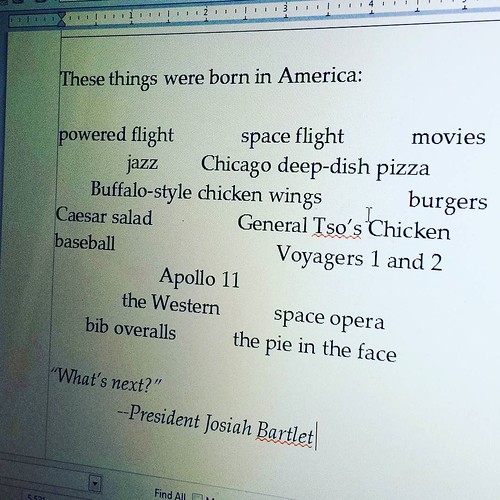 And now, the text of a post I occasionally run on this day:

Here's a really weird story. It's so weird, I'm not sure the historians didn't make it up out of whole cloth. It seems that around 235 years ago or so, some folks living in a place under the rule of a King decided that they didn't much like the way that King was ruling them. At all. They pretty much decided, en masse, that their King was behaving, to use a current term, like a douche.

Now, over the many centuries before these folks came along, lots of other folks in other lands have decided that their Kings and Queens were being douchey, so they came up with ways to replace them. They'd organize revolts, usually behind the banner of some obscure relative of the monarch's so they could say that their person has a better claim to the throne, and off they'd go. So you'd expect that the folks we're talking about here would have just said, "You know what? Our King is a douche. Let's replace him with a new King."

But these folks didn't say that. What they said was, "Not only does our King suck, but he sucks so much that we're now thinking maybe we won't even have any more Kings. We'll do it all ourselves."

Over a year or so, there were some battles and skirmishes between these folks and the troops sent by the King to put down the pesky rebels, but it didn't work, and that notion -- "No more Kings and Queens!" -- took hold. It became a really popular idea, so finally, these folks appointed some representatives to gather in one of their cities and talk these issues over. The conversation went like this:

GUY #3: Well, we're already fighting, so we just keep fighting. But we should probably tell the King that we're being serious and we're not just a bunch of rabble-rousers here.

GUY #4: How 'bout a letter? I've got some nice parchment, quills, and a new bottle of ink.

GUY #2: Good idea! But you're about as eloquent as my cow. You'll just write "Hey King, sod off" and be done with it. We should be a bit more poetic about it.

GUY #1: Good idea! Let Tom do it. Now where's that Adams guy with the beer?

So a guy named Tom wrote the King a sternly-worded letter. It was pretty wordy, given the standards of the time, so here's a paraphrase:

We the undersigned, being representatives of the people of your colonies, have collectively decided that you are a douche and we don't want to live under your rule anymore. Furthermore, we're going to come up with a government of our own that won't even have a King. Now, we've just called you a douche, so you're probably thinking that we should be kind enough to at least tell you all the reasons we have for thinking you're a douche, so there's a list of those reasons later on. For now, suffice it to say that we believe in Life, Liberty and the Pursuit of Happiness. And you don't. And since we like the whole Life and Liberty thing a lot more than we like you, we're gonna take those and let you do whatever it is you do with your time in that Palace of yours.

So, here's the list of ways you've pissed us off. Note how long it is. You don't have to be a douche, you know.

See? Really, dude. There's no reason for some of that stuff, right? So anyway, have a good life and all. You've still got your island, and Canada seems pretty happy with you for some reason (but really, they're weird folks to begin with, what with that odd game they like to play on ice). But we're out of here.

Signed,
All the guys present

PS: Could you make sure your soldiers always wear those bright red coats? It makes it really easy to see 'em in the forests. KTHXBAI.

And so it came to pass that after some years of war, and some further years of cruddy government, they all got together again and figured out how they wanted to set up their new, "No Kings!" government. Their notion was to spread power out amongst a bunch of folks who were accountable to the people, and to further make sure that their government was required to respect certain rights that couldn't be taken away. It was a really weird idea...and yet, these folks worked hard to make it work, and their children kept working hard to make it work, and their children kept at it, and so on and so on and son on, until today.

Does it still work? Sometimes yes, sometimes not so much. But we're still here, and we're still working at it.
scrawled here by Kelly Sedinger at 12:20 PM