Tornadoes in the Forest

The week before last, there was a day of very stormy weather in Western New York. On that day the Erie County Fairgrounds and Chestnut Ridge Park--both favorite spots of mine--were hit by tornadoes.

Tornadoes aren't unheard of in this region, but they are much more uncommon than in other parts of the country. When one hits here, it's usually news. We were very lucky that no one was killed in these events, which did serious damage to the Fairgrounds (where a lot of people were passing the afternoon in the casino there). The damage at Chestnut Ridge hit me even closer to home, because that park is one of my favorite places to go on my Sunday nature walks with the dee-oh-gee.

I plan to write a longer "Chestnut Ridge Appreciation Post" at some point later on, so for now all we need know is that the park is the largest of Erie County's county parks. It resides in the hilly country south of the Buffalo Niagara region, and its trails feature steep climbs into and out of valleys and ravines and deep forests of old pines. The tornado struck down a lot of those trees as it cut its swath through the park, leaving some still broken and twisted as the clean-up crews haven't gotten to them yet.

Yesterday morning was my first visit to Chestnut Ridge since the tornado hit and even though I expected to see the damage, it was still stunning to behold once I finally got there. The most surprising thing was how localized it was. Most of the forest looked perfectly normal, and then I rounded a bend in the trail to see these landscapes. 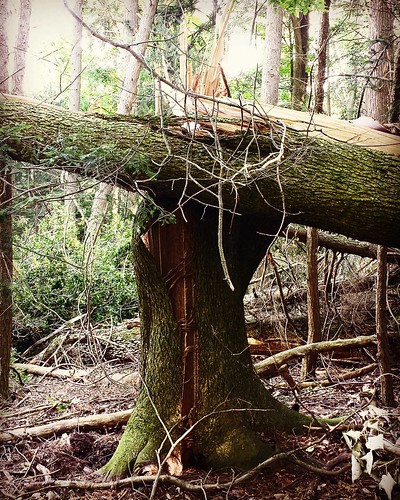 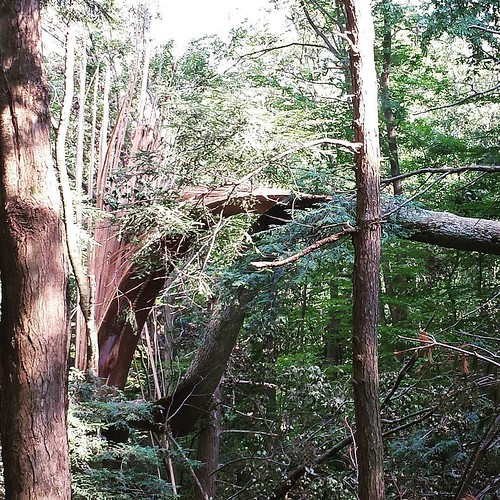 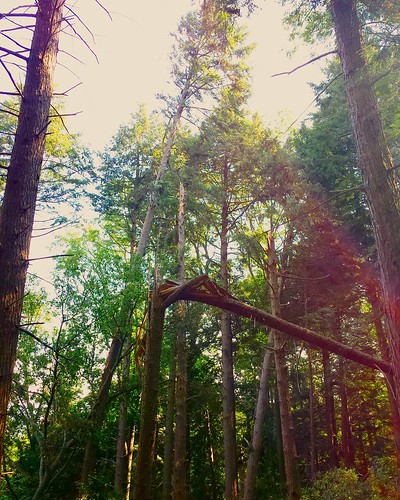 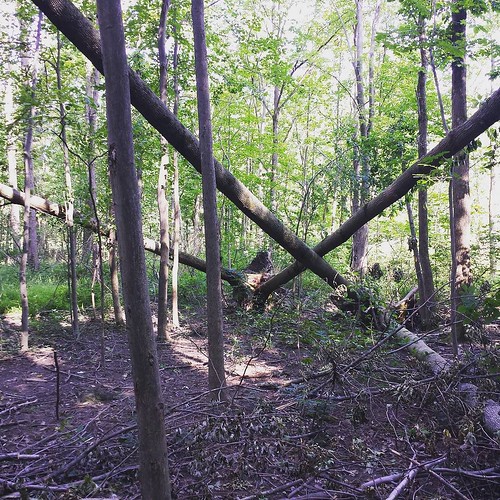 Nature will recover, in one way or another. It always does. Still, stark reminders like this of nature's power are always humbling.

We had a tornado outside of ALB a couple years ago. It's weird how one side of the street was unaffected, while the other side had trees flattened.